GRAHAM POTTER was left baffled by fans booing his Brighton side following their goalless draw against Leeds at the Amex Stadium.

The Seagulls were held against the Whites on the south coast on Saturday to leave the club eighth in the Premier League table. 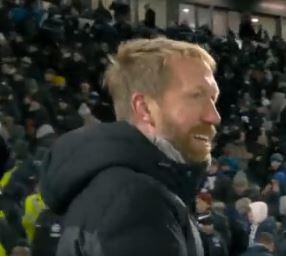 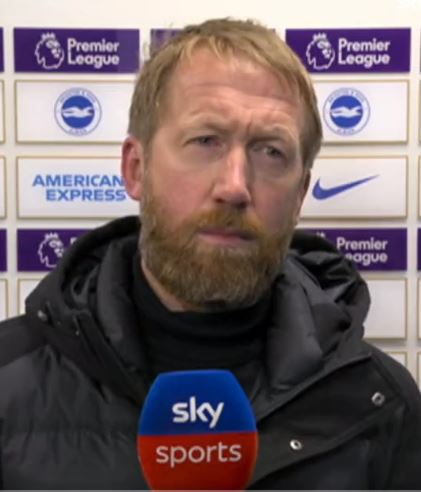 And the home supporters voiced their anger following the full-time whistle as a chorus of boos rung around the stadium.

A perplexed-looking Potter simply shook his head on the touchline in direction of the fans in the stands.

Speaking to Sky Sports in his post-match interview, Potter was asked on his views of the reaction from fans.

To which he said: "Well, they're entitled to their opinion. I disagree with them. Completely."

Pressed to elaborate on what he means, the former Swansea gaffer stated he needs to take a 'history lesson' into Brighton to understand why the supporters would be upset.

"I think we're sitting eighth in the Premier League.

"But maybe I need a bit of a history lesson at this football club."

After starting the season strongly, Brighton are without a win in their last nine games in all competitions.

And they have drawn six out of their last eight top-flight matches as they struggle to convert their chances.

Despite their frustrating form, Potter has insisted he remains confident it is only a matter of time before the team starts winning.

He told BBC Radio Sussex: "If we play like that over the course of the season, we will score and we will win."

How Tom Fitzgerald is handling the Devils’ endless summer