JURGEN KLOPP, Virgil van Dijk, Mohamed Salah… a lot of players can be credited with Liverpool's recent rise to the top of world football.

But one man is as deserving, if not more so, of hoovering up the praise: Michael Edwards. 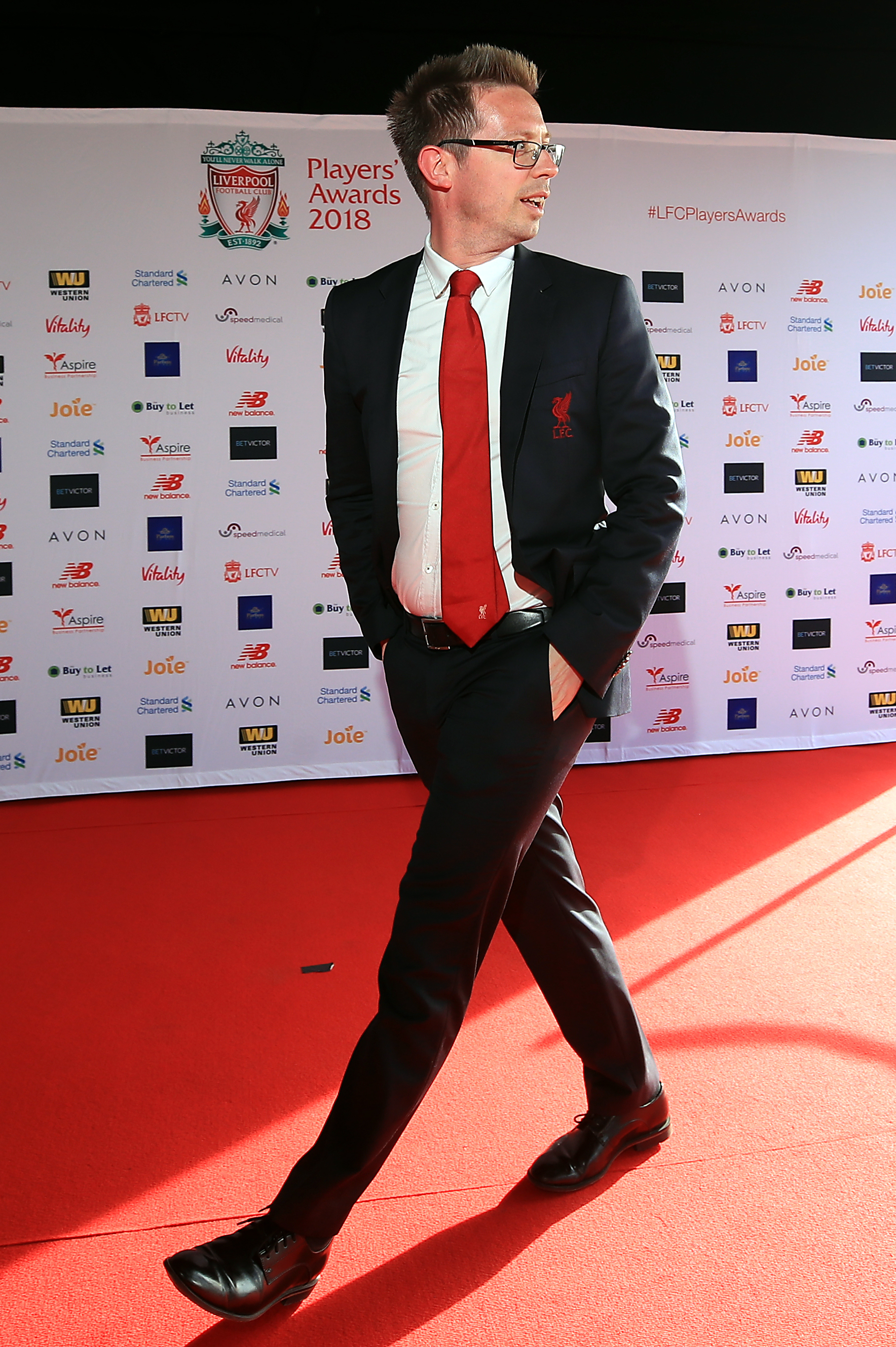 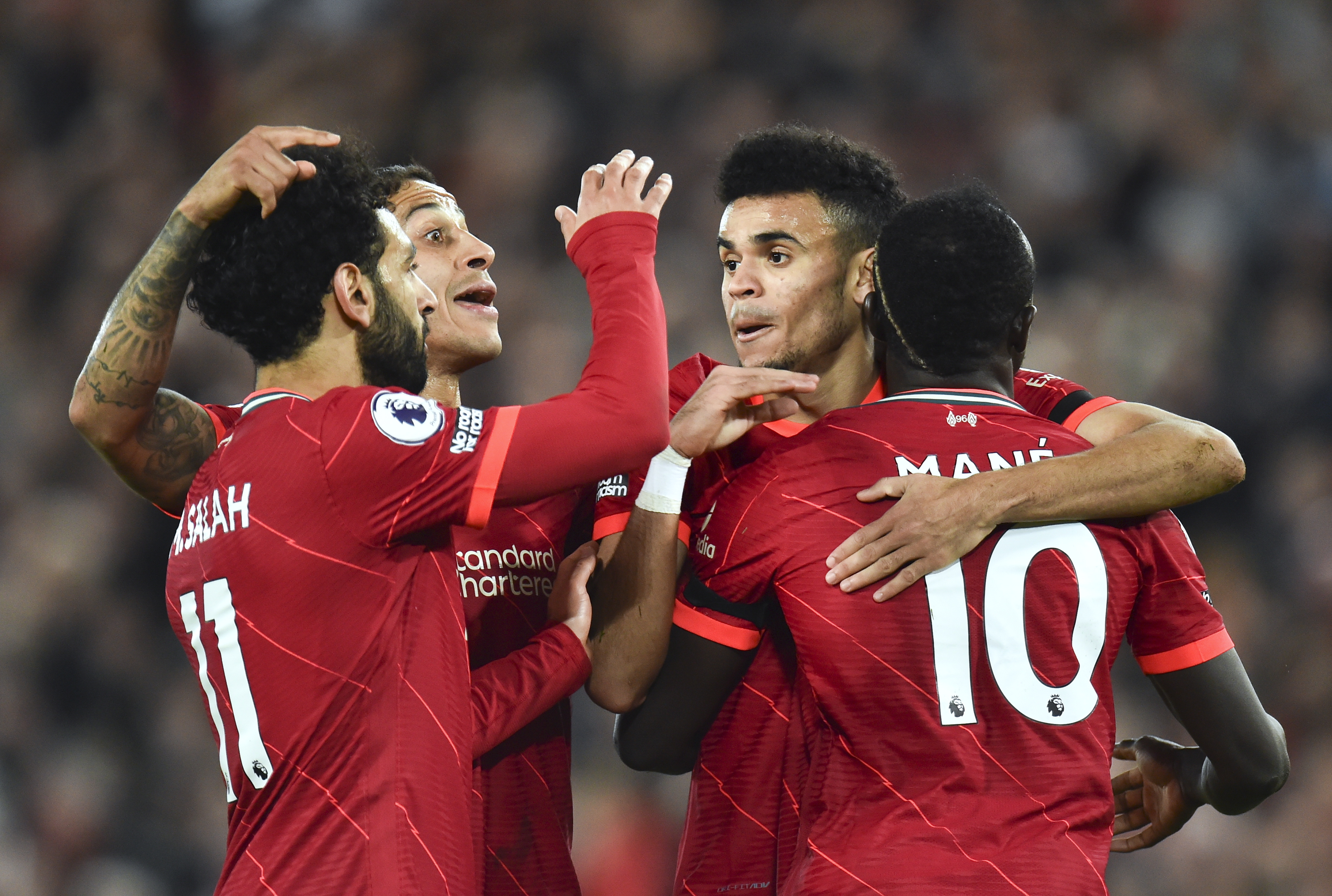 The transfer guru took over the role of sporting director at Anfield in the 2016-17 season.

And he's been involved in some of the most sensational transfer deals in football history.

Liverpool have developed a reputation for being "net spend kings", selling players for big money and reinvesting in new top talent.

Philippe Coutinho, for example, was sold for £145million in January 2018. 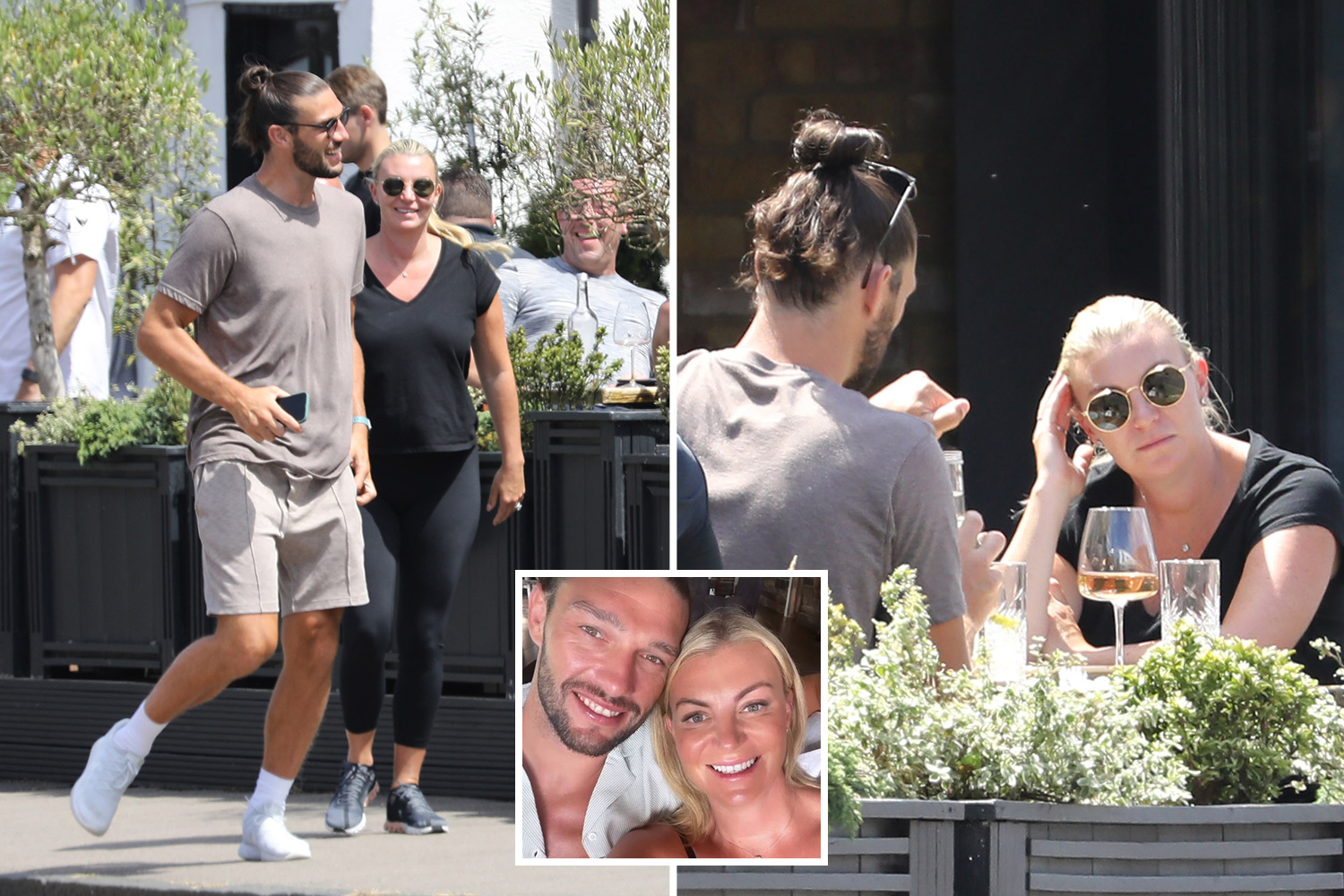 Edwards took that cheddar and turned it into Virgil van Dijk and Alisson.

But more on that later…

Edwards left his role at the Reds this month and is now on the hunt for a new job, with both Manchester United and Chelsea keen.

Both Premier League clubs are looking to revamp their recruitment operations and reckon Edwards is the perfect man for the job.

Ahead of his big personal transfer decision, SunSport runs down Edwards' best – and worst – dealings as Liverpool chief.

There are simply too impressive transfers to squeeze into a single XI.

But, tellingly, the best XI is almost exactly the Liverpool team who pushed for an unprecedented Quadruple in 2021-22.

In goal, Alisson was bought for £67m almost immediately after Loris Karius' pair of howlers in the 2018 Champions League final defeat to Real Madrid.

The Brazilian is comfortably the best goalkeeper in the Premier League, if not the world, and fixed a major issue for the Reds who had tolerated Karius, Simon Mignolet and Co in previous seasons.

Liverpool's weakest area, their back-four, is now arguably their strongest – and possibly the best on the planet, including ex-youth team man Trent Alexander-Arnold. 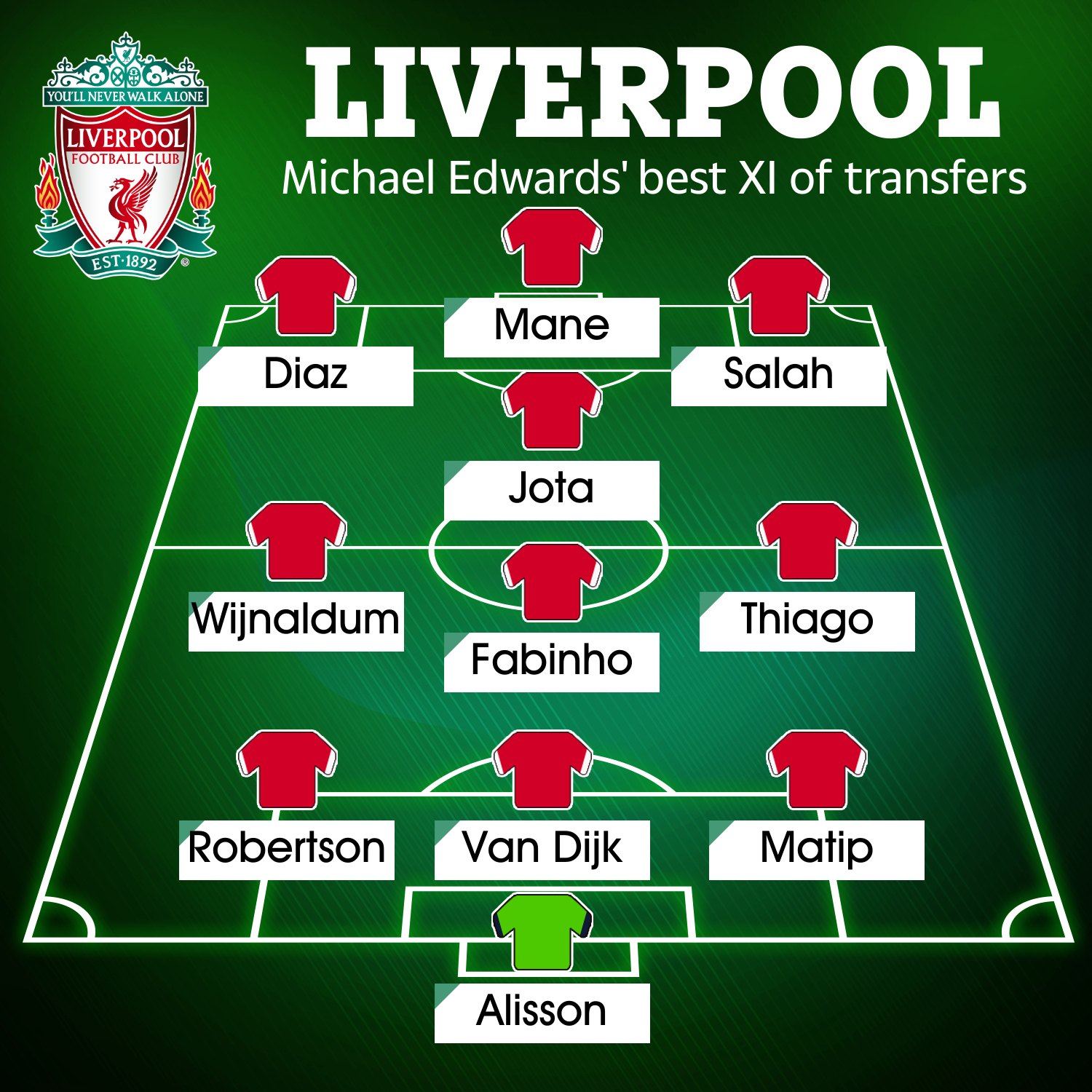 And in attack, of course, Edwards ensured the Mario Balotelli, Rickie Lambert, Fabio Borini days were left in the dust.

For just £34.3m, Liverpool brought in Mohamed Salah – with the Egyptian going from one-time Chelsea flop to best forward in the league. One of the bargains of the century.

Of course, not every transfer dealing can be a winner.

As touched upon already, Karius was a flop – making a staggering number of high-profile errors. Even for £4.7m, it was a costly waste of money.

In defence, Sepp van den Berg was tipped for future stardom and even dubbed the "next Van Dijk" .

At £4.4m, the Dutchman is yet to play a single Premier League game and is currently on loan at Preston.

Ben Davies (£1.6m) and Ozan Kabak (loan) both joined in the Reds' injury-ravaged 2020-21 season but failed to inspire, as Jordan Henderson and Fabinho regularly played out of position in defence.

Ragnar Klavan (£3.5m) was a solid backup player and hardly expensive, but was nowhere near the quality Liverpool needed. 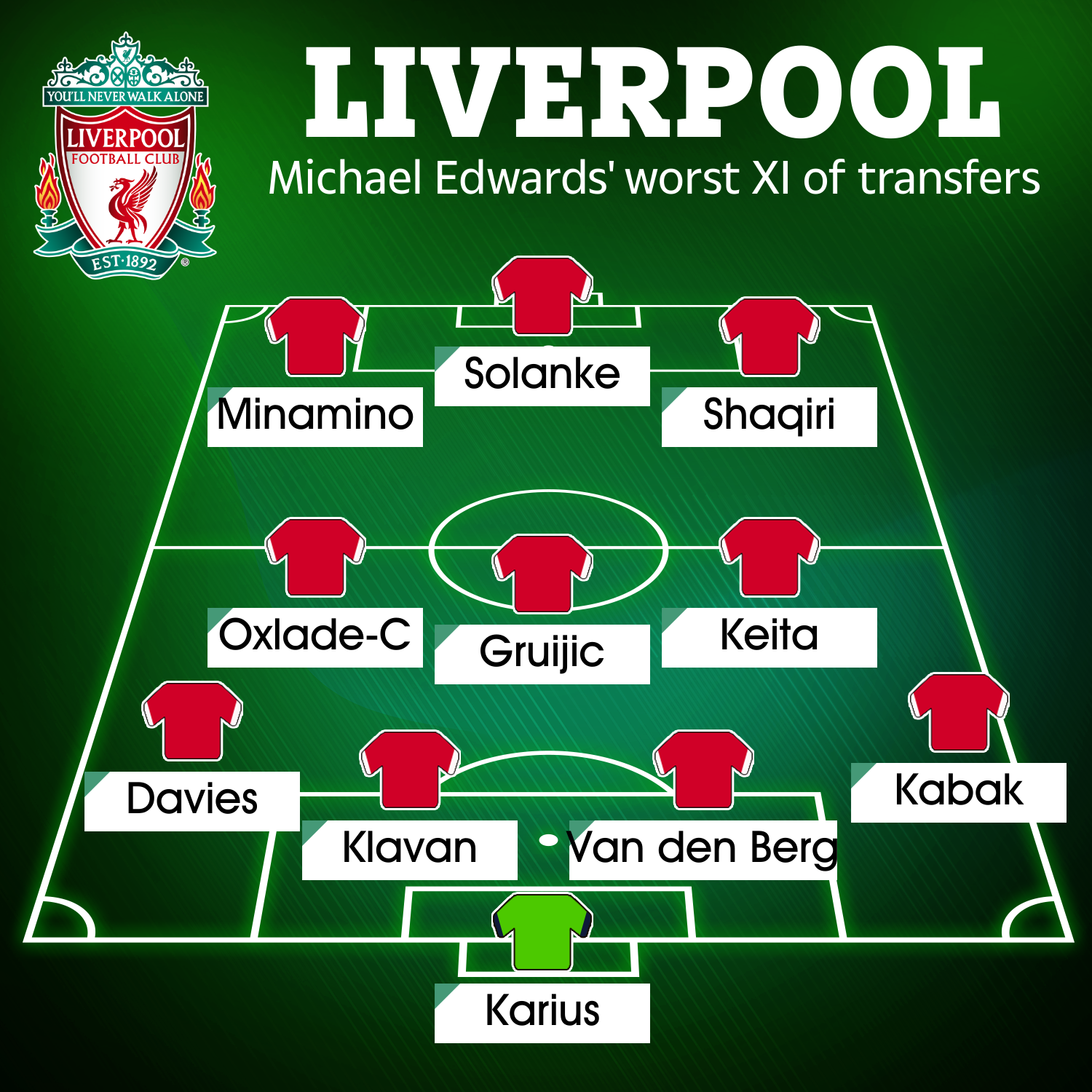 In midfield, Marko Grujic (£5.1m) never made the grade – but was flipped for double his arrival fee, eventually joining Porto for £10.5m after a series of loans away from Anfield.

Naby Keita and Alex Oxlade-Chamberlain have both enjoyed some strong spells on Merseyside, with the latter on fire during the Reds' run to the 2018 Champions League final, particularly.

But injuries to both have hampered their progress and at £52.8m and £35m respectively, they've proved to be overspends – a rarity during the Edwards reign.

In attack, Takumi Minamino (£7.5m) popped up with some crucial goals in Liverpool's 2021-22 Carabao Cup and FA Cup double, but never made a regular impact under Klopp.

Liverpool ultimately made a tidy profit on Solanke (£4m tribunal), so even that deal could be considered a success – but ultimately the now-Bournemouth man was miles off the pace for the Reds.

Xherdan Shaqiri (£13m) had his moments and famously played in the makeshift front-three that thumped Barcelona 4-0 in 2019 alongside Mane and Divock Origi.

But he eventually fell out of favour under Klopp and was shipped off for a £3.5m loss to Lyon.

Aubameyang 'first Arsenal star to leave' after Tottenham win… but was plush Ferrari caught in traffic before being late?

Leeds news LIVE: Whites BACK in the Premier League after 16 years away as West Brom lose at Huddersfield – latest – The Sun