ARSENAL sacked Unai Emery after just 18 months for underperforming – but his replacement Mikel Arteta is struggling even more.

Now-Villarreal chief Emery bid 'good ebening' to Gooners in November 2019 with the club eighth in the Premier League. 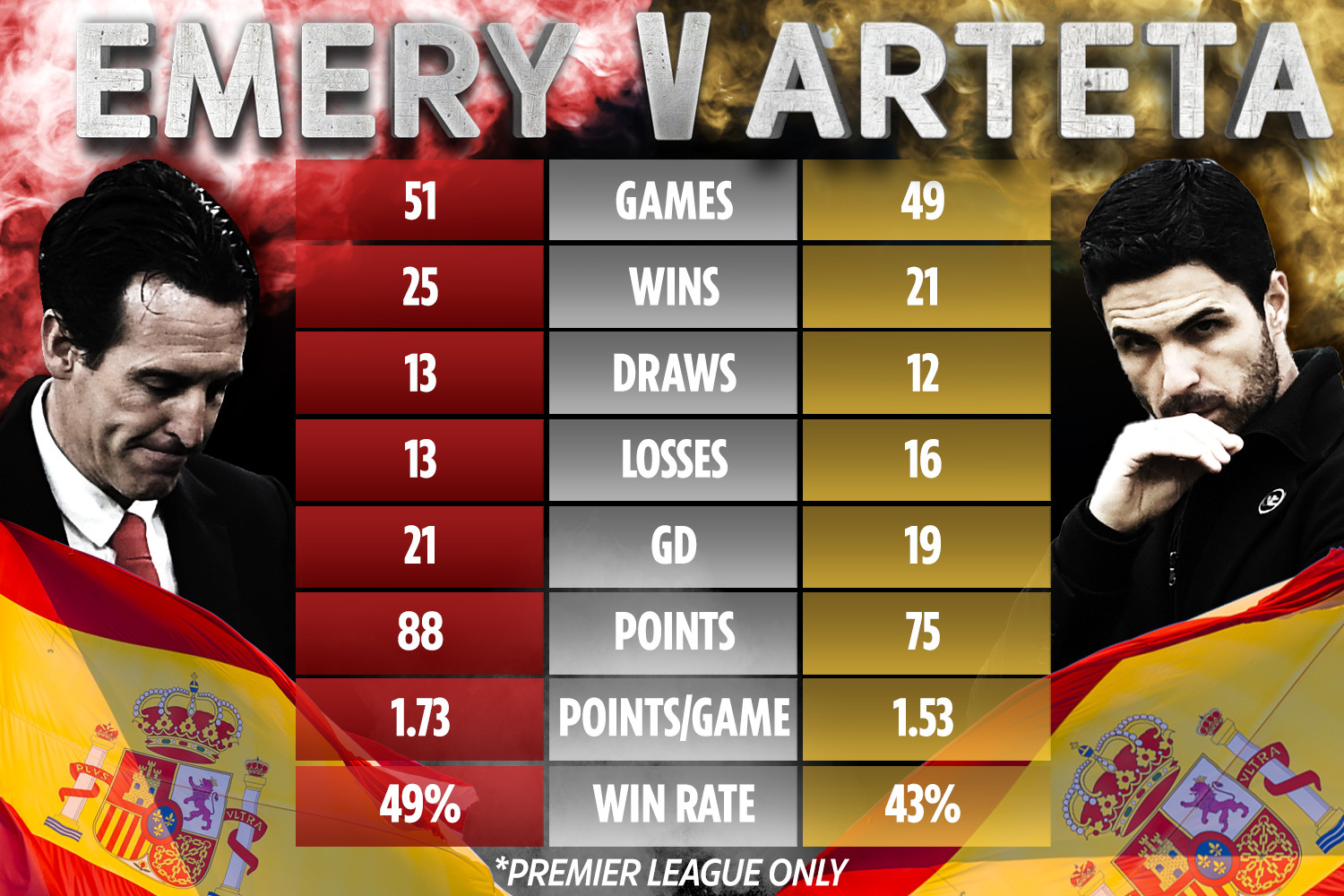 At the time, Arsenal were on their worst run of form in 17 years having gone seven games without a win in all competitions.

But fast forward another 18 months and things are even worse at the Emirates Stadium.

In fact, Arteta oversaw the club's worst patch since 1974 earlier this season.

And despite a small bounce back to form in early 2021, the club still sit ninth – 29 points adrift of league leaders Manchester City.

On Sunday, Arsenal slipped 3-0 down within 32 abysmal minutes at West Ham.

The Gunners battled back to snatch a point, but the comeback simply served to paper over the gaping cracks.

It's looking increasingly likely Arsenal will miss out on European football next season unless they can win the Europa League, now at the quarter-final stage having edged past Olympiacos despite a second-leg home defeat.

And the stats officially reveal Arteta is performing worse than Emery – despite the latter being dubbed a major flop by fans and pundits alike.

Emery oversaw 51 games as Arsenal manager, winning 25 and losing 13 as he picked up a solid if unspectacular 88 points.

Arteta is closing in on a half-century of games in charge or Arsenal now.

Whatever happens during his two 'games in hand' on Emery, he will be performing at a lesser level.

The former's win-rate was considerably better too at 49 per cent to the current manager's 43 per cent return.

Despite the shocking record, Arteta's position as Arsenal boss appears to be safe, with club chiefs looking to the future.

Emery, though, will look back and wonder why he wasn't afforded the same luxury.

Arsenal's loss is Villarreal's gain – with the LaLiga giants having lost just five of their 28 games this season as they aim to break into the crowded top-four field.

Opinion: Will Rockets-Warriors series go down as one of the greats?