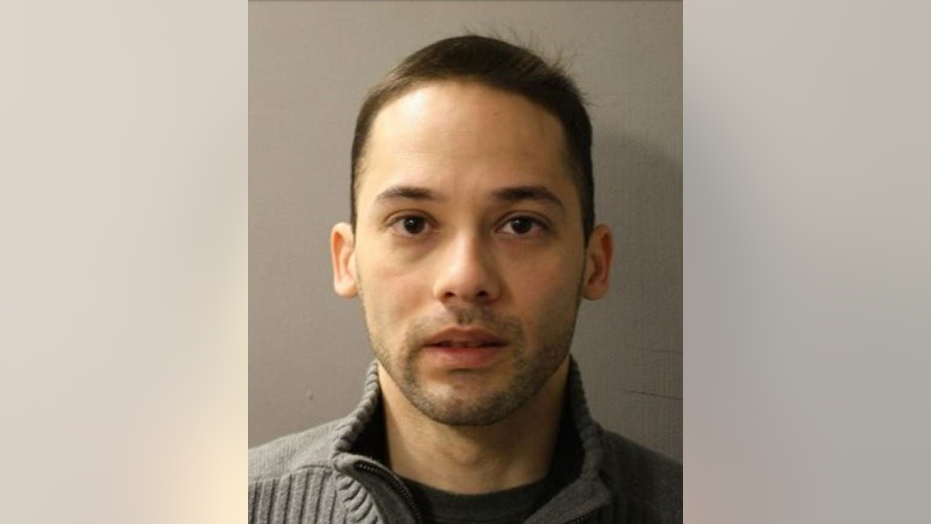 The Houston Astros, in the wake of their highly publicized cheating scandal, are now distancing themselves from a prospective national anthem singer after learning he has been accused of sexually assaulting a minor, according to a report.

Manuel Gamboa, 38, a former substitute teacher in Harris County, which includes Houston, was arrested and charged with sexual assault in 2018 after he allegedly molested a 17-year-old student while he was asleep, Houston's FOX 26 reported.

After learning about the charges, the Astros said they would be deleting Gamboa's recording of "The Star-Spangled Banner" and won't be inviting him back to Minute Maid Park.

"The Astros have had a number of individuals come to the ballpark this week to audition/pre-record the national anthem," a spokesman told the station. "Those individuals did not receive a guarantee that their anthem performance would be used during an Astros game. Needless to say, we will be deleting Mr. Gamboa’s anthem recording, we will not be using his recording at our games, and we will not be inviting him back to the ballpark."

Gamboa reportedly goes by the stage name Manny D'Alesandro, according to the report. The team said he did not use his legal name when making contact with the team, and the team was not previously aware of the charges. The Astros added there was no formal application form for prospective anthem singers to fill out.

Court documents of the 2017 incident allege Gamboa gave the student beer while the two were working together before the male victim fell asleep on a couch, the Houston Chronicle reported.

After asking Gamboa to borrow his phone, the alleged victim saw 10 videos of the teacher molesting him while he sleeping, the court documents allege. Gamboa would later apologize to the student in text messages, FOX 26 reported.

Mike Trent, Gamboa's attorney, called the case against his client "astoundingly weak," adding the suspect was awaiting trial and is presumed innocent until proven guilty.

He also called the decision by the Astros "unfair," according to the station.

The report comes roughly eight months after MLB confirmed the Astros used video equipment to relay opponents’ signs to batters during home games during the 2017 season. The team would eventually win its first World Series title that year.

The current MLB season, shortened by the coronavirus pandemic, has arguably been seen as a benefit to the Astros in the wake of the scandal earlier this year. With no crowds attending games, the team hasn't been hearing any boos from the stands, reports said.

“I see more smiles. Actually I see more joy," Astros manager Dusty Baker — who was hired after the scandal — said before this season started. “Four months ago, that was a tough time. A lot has happened. We’re at a different time and space than we were four months ago.”

Previous manager A.J. Hinch and general manager Jeff Luhnow were initially suspended by MLB and then fired by the Astros in connection with the sccandal.

Ten new radical changes to FIFA 21 including major upgrades on dribbling, shooting, pace and through balls