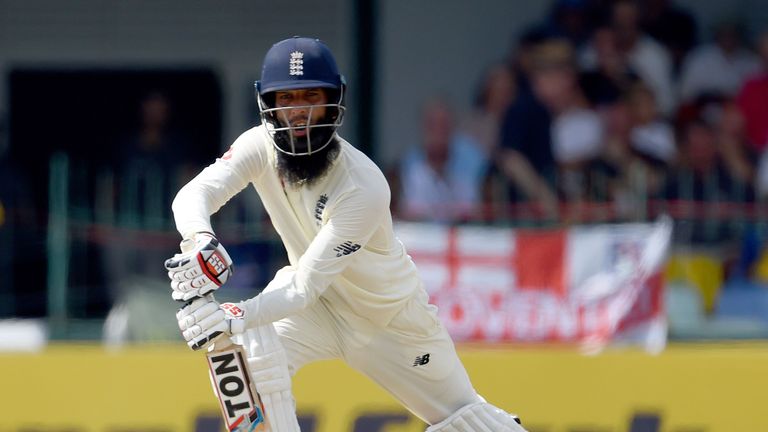 England all-rounder Moeen Ali admits it was frustrating to be moved around the batting line-up in Sri Lanka.

Ali batted at three in the first Test in Galle, scoring 0 and three, before being dropped down the order as England secured their first away series whitewash for almost 56 years.

He scored 10 in both innings in the second Test in Pallekele before hitting 33 and 22 in the final Test in Colombo.

Ali played a key role with the ball during the three-match series but says he struggled for consistency with the bat because he was unable to hold down a specific position in the order.

“Yes, I wasn’t quite sure actually because in the warm-up games I batted seven and nine and then I was told I was going to bat at three,” he told Sky Sports News. 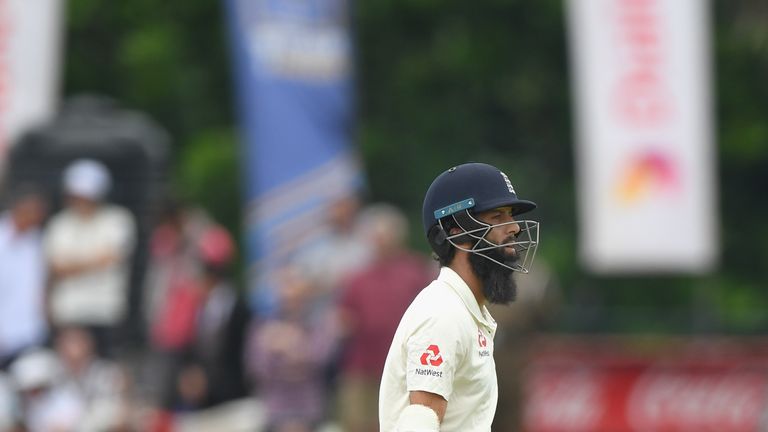 “Then after one game, I went down to six and seven. I’ve had that before so it’s not new to me.

“It can be frustrating but when you think about the side and what the team needs at the time then you kind of get over it and try to move on and try to do the best you can as a cricketer for England.

“I think it’s difficult to be consistent. I never had that match practice at three. The openers opened in the practice games, Joe Root batted four, I batted five or six and that can be quite frustrating because you haven’t been that three in the first two practice games and then you’re in the Test match and batting at three.

“It can be (frustrating) but the team was probably different to how they had it in the back of their heads at the start of the tour. We had to try and adapt to that as a team and I tried but it obviously didn’t work out, but with the ball it was great.” Jonny Bairstow was brought in as a specialist batsmen for the final Test, scoring 110 at number three in the first innings, and Ali believes Bairstow can make that spot his own.

“Definitely, I think he can after the quality he has sown over the years,” Ali said. “He was always going to get a hundred that day.

“He’s that sort of guy, he thrives in those situations. He was obviously a little upset he wasn’t playing in the game before but that’s what you want from a side, somebody that can step up and come in at three and score a hundred.

“I’m sure he’s going to have challenges going forward but he’s always stepped up to them and he’s a quality player.”