YEEEHAAA! Racing is back — and back with a bang at Newcastle today with ten races to sort out on a huge day for live sport in Great Britain.

After lockdown comes release and it will be an emotional one of joy for racing fans and punters who have been starved of action. 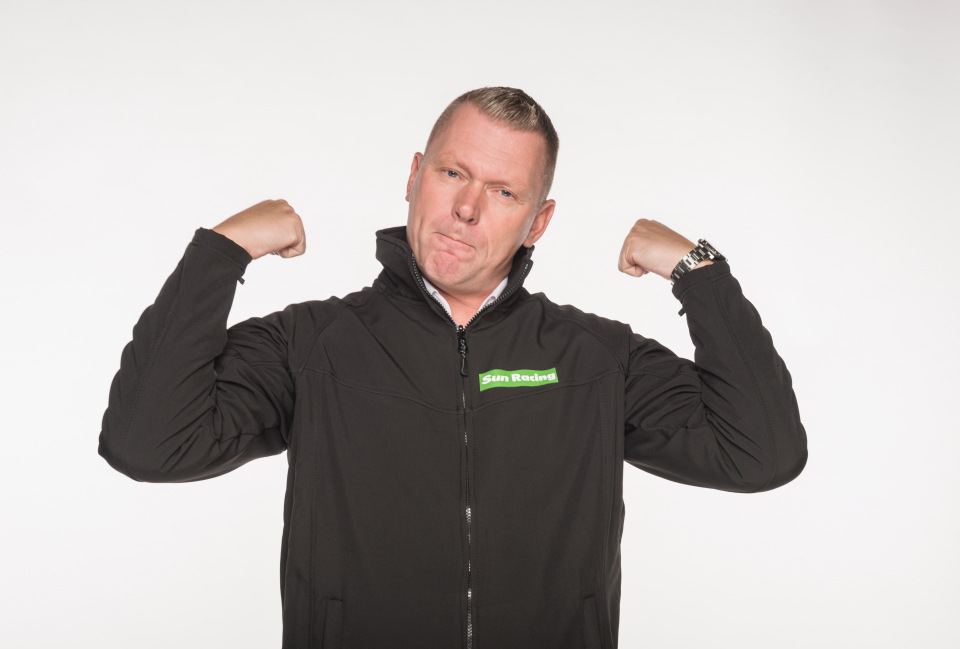 Nearly all of the biggest names in the game are in action at Gosforth Park although we will have to wait for Kempton tomorrow to see Frankie Dettori and Ryan Moore strut their stuff.

If fans were allowed in at Newcastle we may even have witnessed a roar like the one we get each year at the Cheltenham Festival.

We will have to try and do it ourselves this afternoon so join me in a loud Yeeehaaa! today to welcome back the sport we love . . .

I’ll be producing my very own Yeeehaaa! on @Sunracing’s Twitter page, so  follow us and reply with your best Yeeehaaa underneath.

And, people, make sure you  give it some welly!

The first race is at 1pm and I’m feeling jiggy.

All eyes will be on the ex-Roger Charlton Stone Mason. I’ll have a bit each-way on AL OZZDI (1.00), who has been a course and distance winner in his time.

Trainer Roger Fell says he has a big future ahead of him and the booking of Ben Curtis is a good one.

In the next it’s  hard to get away from MUTASAAMY (1.35). He won’t be a big price for Roger Varian and former champion Jim Crowley but he improved at the end of last season to win at Kempton and can put some poor course form behind him.

FREEDOM FLYER (2.10) has been readied for this novice stakes by  father and son combo Simon and Ed Crisford, who now have a joint licence. He cost 160,000gns and is nicely bred by Invincible Spirit. I’m guessing a bit, but fingers crossed.

The second division looks a toss-up between Art Power and MAGICAL JOURNEY (2.45) who has been nibbled at in the betting for the 1,000 Guineas. It’s just possible connections are thinking win here and go for the big one at the weekend.

Stamina for James Tate’s filly in the Classic would be a big question, but this six furlongs is ideal. Will run a big one under PJ McDonald.

BRIAN THE SNAIL (3.20) doesn’t like going round corners so it’s just as well Newcastle have this nice straight six furlongs. He is well handicapped on form at this track  last year.

The improver in the next race could be Oakenshield but I will have an each-way tickle on RED TREBLE (3.55). Rebecca Menzies’ youngster is a winner already and while that maiden success was over 7f she can cope with this drop back in trip at decent odds.

The next over five furlongs will be short and sweet — and is probably the most open race of the day. I will put my trust in wily sprint king Robert Cowell and his runner TOMSHALFBROTHER (4.30), who steps back from six furlongs.

He won at Chelmsford in March and looked to me then like a horse with a lot more to offer.

You won’t be seeing Sir Michael Stoute at Newcastle today but he sends two up north and they run in races eight and nine on the card.

The extended mile and a half will surely suit ALIGNAK (5.05). He looked promising when winning at Kempton towards the end of last season and Stoutey’s horses only get better with time. Good Tidings will be a big danger for John Gosden.

Thibaan goes for Stoute in the next but, frankly darling, he could have to play second fiddle to John Gosden’s FRANKLY DARLING (5.40). Johnny Gee has a fine strike-rate at Newcastle and this daughter of Frankel showed stamina when second on debut at Yarmouth.

If there is any cash left by the time the first day draws to a close then we can do worse than back another Gosden runner in the last – BYZANTINE GARDEN (6.05) who is by Golden Horn and ran well at Kempton before a flop at Sandown.

Best of luck. We’re off!