Melbourne Victory boss Kevin Muscat praised his team's fighting spirit and technical qualities in their stirring second half comeback against Wellington Phoenix after a late leveller earned them a point from a rollicking 3-3 draw with the rapidly improving Kiwis.

But he was critical of the way the visitors stalled in the second period as his Victory team mounted their second half charge, saying games being stopped for players to be treated for cramp denied fitter teams an advantage they had earned. 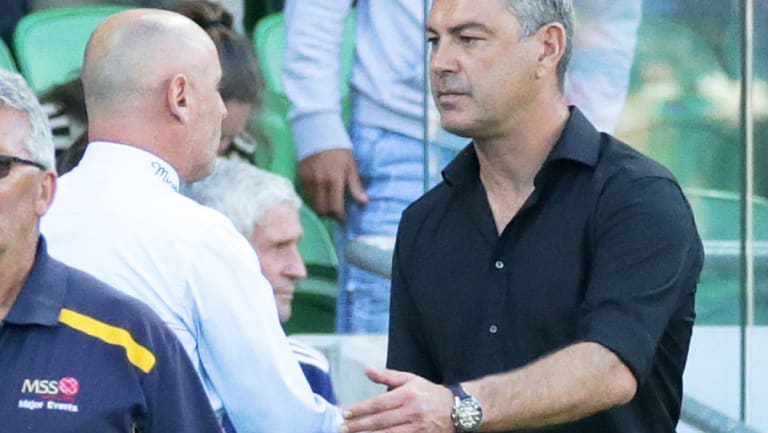 ''As a code we have got to stop this treatment for players getting cramp,'' Muscat said.

'' I don't see it happening anywhere else. If you gain an advantage because of your physicality over a team it shouldn't be taken away from you by the referee.

''And that goes for my players, for anybody in the competition. I think for entertainment value, it would have been more entertaining tonight if your advantage was not taken away from you. ''

Muscat said that Victory's desire and drive was a major ingredient in their recovery from a 3-1 half time deficit. 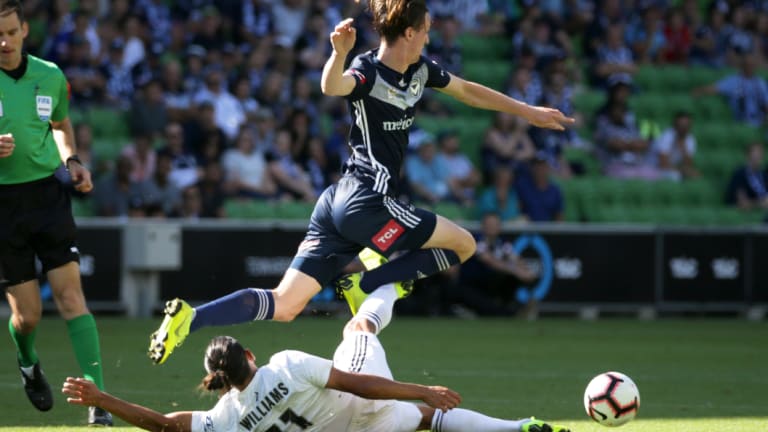 ''That was one of the factors. We were relentless, asking questions, putting Wellington under pressure in the second half … on the night I was very very pleased with the football we played.

''I thoroughly enjoyed it [the game], the way we played in the second half was very like us, how we want to be. Considering how we came in at half time it was an enormous effort, and we played some great football.

''They have got some speed in that front third, but there are things we can do as a team well before the ball gets to them. We conceded three times.

''There are areas that we want to be better, and we will work on them,'' he said. 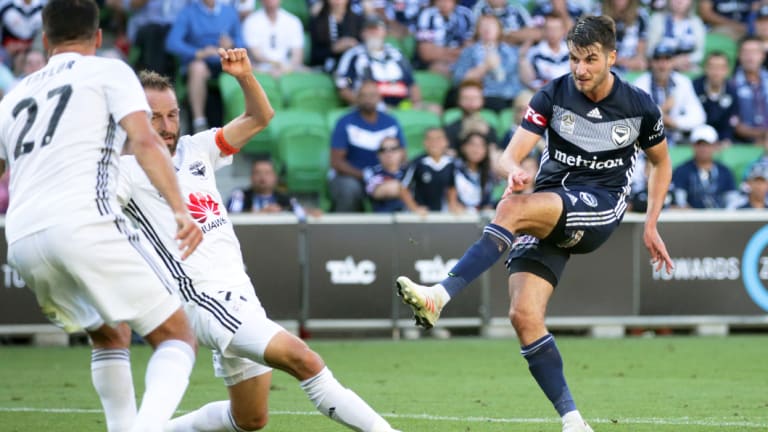 Rattling the woodwork: Terry Antonis hits the post with a shot for Victory.Credit:AAP

Wellington boss Mark Rudan saw it very much as a game of two halves.

''I thought we were very good in the first half … the players executed the game plan.

''But It was quite tough to take [the result], especially after being 3-1 up at half time.''