Home » Sport » Netball’s failure: Where are the Indigenous players in our game?

It's Indigenous Round in Super Netball, and while netball is getting very good at talking the talk, we now need to walk the walk. 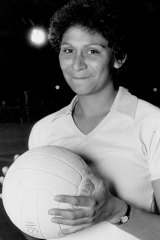 As we kick off another round where the players wear dresses designed by Indigenous artists, use a specially made ball featuring a design by an Indigenous artist, and play only after a Welcome to Country ceremony, it's time to have an honest conversation about why the league has only one Indigenous player across eight teams, and not one Indigenous Diamond in the past 20 years.

The best place to start the conversation is with the words of the first Indigenous player to represent the Diamonds, Marcia Ella-Duncan. She is Australia’s first and second-last Indigenous Diamond. Yep, you read it right. First and second last. That means there have been only two. Ella-Duncan is joined only by Sharon Finnan in that way-too-small club. Finnan retired in 2000, and she was the last.

In the opening to this weekend’s games broadcast on Nine, there will be a story about Marcia’s journey.“I had a wonderful career … but as I look back now, 30 years on, stats don’t lie. There simply isn’t enough of us playing at this elite level. That’s because there has not been enough effort or support to understand Indigenous athletes,” she says in it.

She is right, and netball deserves the uppercut. Just two in a cohort of 179 is not good enough. To compare apples with apples, only 1 per cent of Diamonds have been Indigenous, yet Aboriginal people make up 3.3 per cent of the population. It's not like Aboriginal women and children don’t take up the game – over 4 per cent of all netball participants identify as Aboriginal or Torres Straight Islander.

For comparison with other national sporting competitions, Indigenous players make up over 10 per cent of AFL lists, and 12 per cent of NRL lists. For Super Netball that stat sits at a lowly 1 per cent, with Gemma Mi Mi the only Indigenous player in any of the eight franchises.

In my time running coaching clinics, especially in regional areas, I have seen and coached enough Indigenous talent who could have been developed to fill an entire Super Netball squad and then some.

So where are they? Let me go back to the words of the great Ella-Duncan. “I’d say my Aboriginality made me invisible.”

When I first heard these words, they floored me. I have often thought – and spoken to my great friend Finnan – about why we don’t see more Aboriginal girls in our pathways and women in our Super Netball and Diamonds squad. We have talked about where the investment needs to be made, how can we find money to run programs that, firstly, find athletes with potential, and secondly, fund their travel and other expenses to get them in front of the right people. 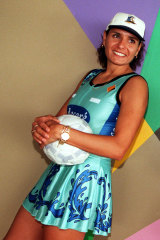 But listening to Ella-Duncan’s words I think there is something deeper. Programs to identify and develop talent are important, as are providing the financial means to help athletes out where their family situation would otherwise preclude it. Some state bodies do have great programs – namely Shooting Stars in Western Australia and Diamond Spirit in QLD, and there are other not-for-profit groups working in the same area. But we need more. We must, as a sport, collectively walk into the room full of mirrors and have a good look at ourselves. At our behaviours. At our culture.

What are we doing – or not doing – that is seeing us squander the opportunity to develop the next group of Ella-Duncans, or Finnans? What is happening at grassroots around the country to prevent club players becoming representative players?

I don’t know the answers but the clues are in Ella-Duncan’s words. We, simply, as a sport do not understand Indigenous players. Worse, they are in some places invisible. Whether it’s ignorance or indifference, it has to stop, and netball will be stronger for it.

Sure, there are individuals within our sport who do understand. Who are working tirelessly to identify, promote and champion athletes within the system. But we can't rely on them. We must fix the system itself. It means having some difficult conversations to understand what it is about our system that is the problem.

It's not just Indigenous players. Where are Indigenous coaches, umpires and administrators? Where are the symbols of Indigenous culture at every netball association in the country to tell our First Nations people that they are welcome, that this is a safe place for them to enjoy their sport and excel where they choose?

It can't just be Ella-Duncan or Finnan who are banging the drum. It must be the leadership of the game – at all levels, from local club and association presidents to the CEOs of state and national bodies – who address it.

Let me finish with Ella-Duncan's powerful words: "Over the years I have tried to speak out … Influence, but it hasn’t been enough. Time for decisive action. The solutions have to come from within the great game itself. The one I love."

Bruce Arians’ about-face may be too late for Jameis Winston

PGA Tour shuts down for a month