THE Cambridgeshire Meeting concludes on Saturday with a mouthwatering afternoon of racing.

There are stakes races and competitive handicaps galore. Our man Jack Keene has taken a close look and picked out his best bets. 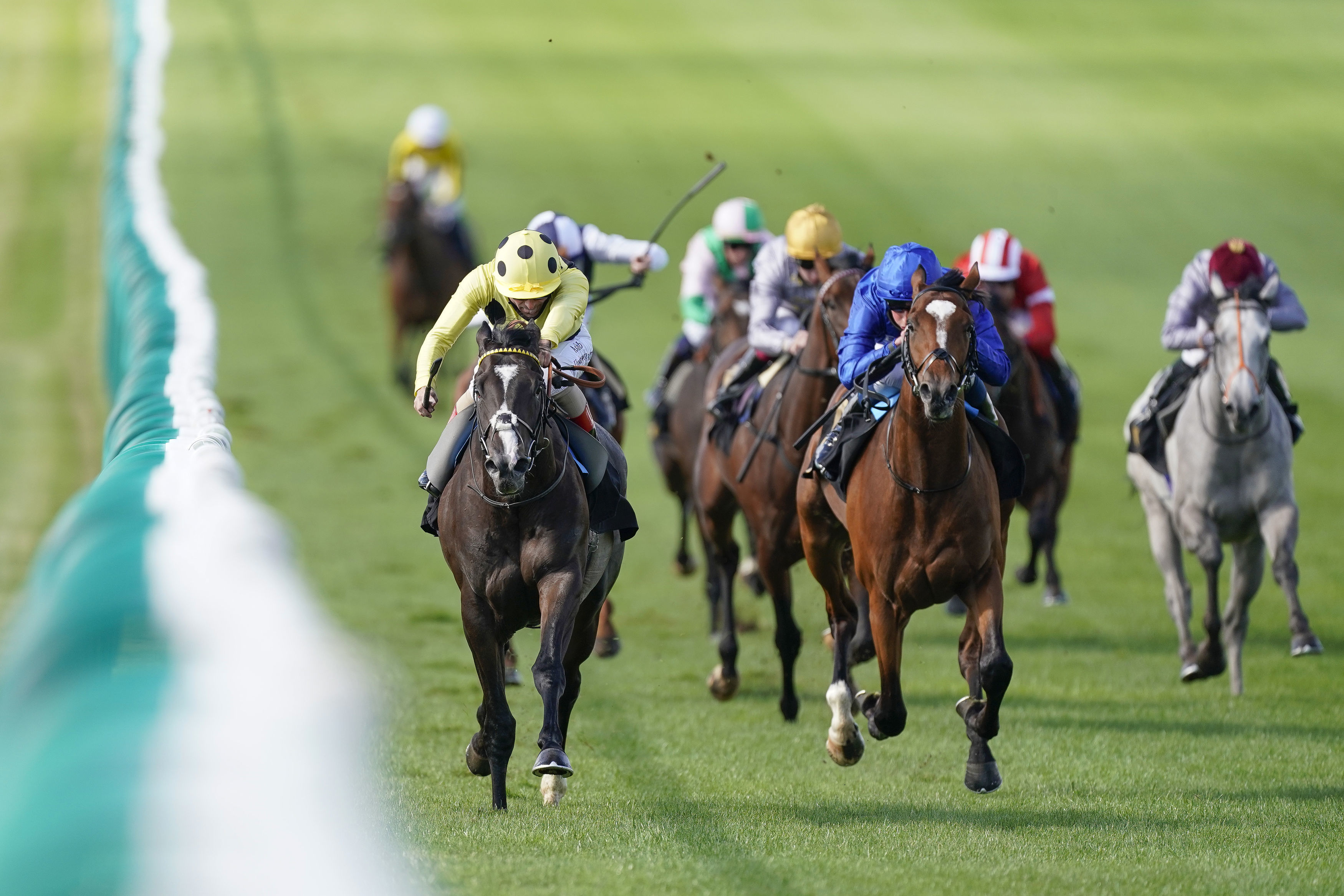 Those with experience don't set the strongest standard, though WOOTTON CREEK may just be streetwise enough to get the job done at the second attempt.

She was backed into odds-on favouritism on debut at Chelmsford in a small-field race and eventually finished runner-up, but she showed enough to suggest she could win a race.

Hidden Breeze showed ability when fourth on debut at Leicester and she ought to figure in the finish for her top yard.

It's recommended that you keep a close eye on the betting around a few of the newcomers, particularly Quilted, a sister to Quadrilateral, and Star Of Screen.

A small but select field for this Group 2 and all five runners are in with a chance.

Narrow preference is for NEW MANDATE, who overcame trouble in running to win a shade cosily in a strong renewal of the Flying Scotsman at Doncaster.

But Cobh commands the utmost respect on the back of his Listed win at Salisbury, the form of which was franked by the runner-up earlier this month.

Aidan O'Brien relies on Ontario, who was a closed third in Group 2 company last time. That was a big step up on what he had shown previously and he should have more to offer.

Gear Up was a gutsy winner of the Acomb at York, but that didn't look a particularly deep race for the grade so he may need a touch more.

The one with the most on his plate is once-raced Pleasant Man, but he is well-bred and Roger Charlton doesn't pitch them in at the deep-end unless he thinks they're a live chance.

A cracker in store and the unbeaten DANDALLA gets the nod.

She has been a breath of fresh air this season and wasn't at her absolute best when winning the Duchess Of Cambridge Stakes in July.

The form of that race has worked out incredibly well and she has been kept fresh for this by a trainer who knows how to get one ready for the big day.

Miss Amulet is the one to beat on ratings and poses a major threat having lowered the colours of Sacred in the Lowther.

That rival lines up here following a recent second in the Flying Childers and she isn't out of it in first-time cheekpieces.

Happy Romance has been brilliant this year and she is well worth a crack at a race like this, for all she will need to find a touch more improvement to beat a few of these.

A race to savour.

Minzaal took the step up into Group company in his stride when easily landing the Gimcrack at York last month.

He travelled like a dream through that contest and put it to bed with the minimum of fuss. It wasn't the deepest Gimcrack of all time but he is an exciting colt.

Frankie Dettori rides the promising Method, who is 2-2 and won with plenty of authority a Newbury when last sighted. Again, the form of that race is open to question and this is a big step up.

Similar comments apply to Supremacy, who bolted up in the Richmond at Goodwood, but he was able to dominate up the stands rail and the form is nothing to write home about.

Of 'the big four', LUCKY VEGA appeals most. He destroyed the reopposing The Lir Jet in the Phoenix Stakes at the Curragh earlier in the summer.

It was a horror show for him in the National Stakes last time, where he was continually denied a run and finished hard and fast when in the clear.

The drop back to 6f is no problem whatsoever and he sets a very good standard.

OFFER OF THE DAY

T&Cs: New customers only. Place your FIRST bet on any sportsbook market and if it loses we will refund your stake in CASH. Max refund for this offer is £20. Only deposits made using Cards or Apple Pay will qualify for this promotion. T&Cs apply. Paddy's Rewards Club: Get a £10 free bet when you place 5x bets of £10+. T&Cs apply. 18+ Begambleaware.org

Pace will be all important in this big field, and the bulk of the early speed looks middle-to-high.

That's a big tick in the box of the leading fancy Tempus, who is drawn in 23 and is 3lb well-in under a penalty having won nicely at Ascot earlier this month.

He is undeniably the 'sexy' horse of the race, but this is a strong renewal of the Cambridgeshire and there are others who make greater appeal at longer odds.

They include LUCANDER, who had several of these in behind when an impressive winner at York last month.

That was much more like it from Ralph Beckett's charge after he failed to fire in a muddling race at the July Course earlier in the season.

There is a bit of rain in the forecast which will suit the three-year-old, he is drawn towards the stands side (could well be the place to be) and he stays further than this 1m1f trip, which is a plus given this will be well-run.

The handicapper didn't miss Sinjaari after his John Smith's Cup win, but the form has proven very strong. He wouldn't want any rain, though.

His stablemate Ilaraab is turned out quickly under a penalty after his Newbury win last weekend and he is a fascinating contender who commands respect.

Certain Lad, Sir Busker and Montatham are class acts at the head of the weights, but they mightn't be ideally drawn on the far side.

Al Rufaa is better than he showed at Haydock and he had been improving at a rate of knots previously. He handles most ground types but this 1m1f trip is a big concern.

Derevo has been on the premises all season and holds each-way claims.

This could well be fought out by those at the head of the weights.

RENAISSANCE ROSE was fourth in a hot fillies' novice at Ascot back in July and she made the most of that experience when bolting up on the all-weather at Kempton last time.

She didn't beat a great deal that day but she is nicely-bred and clearly has an engine. A mark of 84 should be well within reach.

Iconic Queen has improved with each visit to the track and won going away at Chester most recently. She is the chief threat.

Goodwood winner Neptune's Wonder is also worth close consideration, while Meu Amor will appreciate the step up to this trip.

ARIGATO has form figures of 1011 over this C&D, with his only defeat in four attempts coming on bottomless ground back in November 2018.

He has been below his best in big handicaps at Goodwood and York lately, but the return to his favourite track can see him bounce back off a competitive mark.

Ghalyoon was given too much to do when a never-nearer third over 6.5f at Doncaster 15 days ago. This slightly longer trip is a plus and he is still improving.

Documenting is in flying form at present and, for all he is up to a career-high turf mark, this doesn't look as tough as the race he won at Ascot.

Cry Havoc and Fleeting Prince fought out the finish of a good race at Chelmsford last time. The former has something to prove tackling turf for the first time and the latter has been finding ways to get beat all year.