Home » Sport » NFL WEEK 3: Our official predictions for who wins this weekend 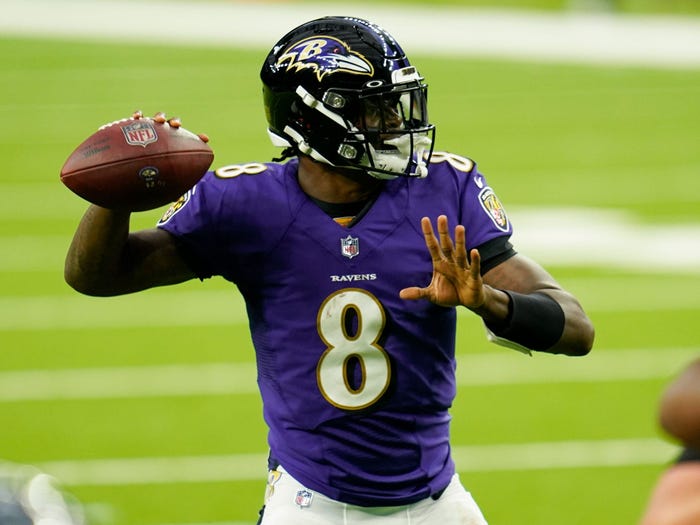 The third week of the NFL season presents some of the biggest games of the year so far. Several 0-2 teams are on the ropes and looking to save their season, and the upstart Oakland Raiders are heading to New England to take on the new-look Patriots. To cap off the big weekend, the Baltimore Ravens and Kansas City Chiefs will face off with the past two NFL MVP's vying for quarterback supremacy.

Last week was a solid one for our picks, as we went 9-7 against the spread in the second weekend of NFL football. Let's see if we can improve on that this weekend.

Please take a look below at our best bets against the spread for Week 2 of the NFL season (* indicates home team).

It doesn't get more Thursday Night Football than a Week 3 matchup between the Jaguars and the Dolphins. Billed as a facial-hair faceoff between the bearded Ryan Fitzpatrick and the mustachioed Gardner Minshew, it's tough to tell which of these teams is more ready for primetime. I'll back the Jaguars strictly due to the number of doubters they had coming into the season and the commitment their young stars seem to have in proving them wrong.

Derek Carr and the Las Vegas Raiders are off to one of the more surprising 2-0 starts of the young NFL season. Tight end Darren Waller is a matchup nightmare, and the Raiders offense was able to put up 34 points on the Saints defense on Monday night. While I'm not too fond of their chances of winning against New England, getting nearly a touchdown, it's not hard to imagine the Raiders keeping things close and covering.

Josh Allen has found his stride, and the Buffalo Bills look like a team that could really contend in the AFC this year. While the Rams 2-0 start is a nice turnaround after their disastrous 2019, their two wins so far have come over the NFC East, which isn't exactly putting up much of a fight this year so far. And with the Rams heading East for the second time in two weeks, a little travel fatigue could be in play.

It's tough to imagine a more brutal start for the Texans, who played the Chiefs and Ravens to start their year and have to face maybe the best defense in football in Week 3.

Houston could start their turnaround here, but in the recent years, the Texans have proven themselves to be a "darkest before the dawn" kind of team. In 2018, Houston got off to an 0-3 start before rattling off nine straight wins and ultimately finishing 11-5 as division champions. That could happen again, but not before losing to the Steelers on Sunday.

The 49ers have to have a breaking point when it comes to the injuries they've suffered. Just two weeks into the season, it feels like every position on the roster has been affected in some form, from Nick Bosa being done for the year to the absences of Jimmy Garoppolo, Raheem Mostert, George Kittle, and more. Even those who can play on Sunday might be hesitant, given how the team blamed their slew of injuries on the MetLife Stadium turf.

This pick could backfire completely, but the Vikings can't be this bad, right? The past two weeks feel like they've gone as bad as anyone could have imagined for Minnesota, so they can only improve from here.

Cleveland was able to stave off the total collapse that a loss to the Bengals last week would have brought on the franchise, but the team is still in need of a few statement wins to prove they might actually be worth following this year. With the chance to run up the score against a hapless Washington team, this feels like a good spot for them.

One of my favorite plays in sports betting is going against the public dog. As a general rule, the casual bettors that make up most of the betting public are backing the favorites, while the "sharp" bettors, who wager in larger amounts, are backing the underdogs. This makes sense — casual fans want to bet on the better team, while sharps are looking for value that's been missed.

But some games, the betting public thinks they've outsmarted the bookmakers and starts backing an underdog. According to the Action Network, 54% of the bets on this game have come in for the Bengals, but more than 90% of the money is on the Eagles. When casual bettors think they have outsmarted Vegas, it's good to remember that the house always wins.

The Eagles haven't looked good at all so far this season, but if the betting pros think they're good for the win here, then so do I.

The Chicago Bears are a shaky 2-0, and the Atlanta Falcons robbed themselves of a win in Week 2 to fall to 0-2. Still, Atlanta is dealing with plenty of injuries, and that loss to Dallas had to be pretty demoralizing for the group. Even if they win this one, it's not going to be a blowout.

The Jets are terrible. Adam Gase is clearly not the man for the job there, despite his insistence that things need to be pushed into "hyperdrive." I will not be betting on the Jets until they prove they can cover a game this year.

The Panthers are 0-2 but have played competitively with both the Raiders and the Buccaneers. The Chargers had to start a rookie backup quarterback last weekend because their team doctor reportedly accidentally stabbed their starter in the lung. If one team has that kind of weirdness surrounding it heading into any given Sunday, I'll take the other team and deal with the consequences.

With games upcoming against the Lions, Panthers, and Jets, I'm not sure when the Arizona Cardinals will find a loss this year. The offense is remarkable to watch, and the defense is plenty good enough to keep them competitive. Early MVP buzz is going to Seahawks quarterback Russell Wilson, but don't sleep on Kyler Murray's potential to run away with the award.

The Cowboys scored 40 points against the Falcons last week despite giving the ball away three times. While the Seahawks defense should be better than the Falcons, Seattle did give up 30 points to the Patriots last weekend. So it's not like they're the total lockdown Legion of Boom of years ago.

If Dallas can keep their offense hot, they can keep this game within the number.

Again, this is a case of going against the public dog. Bettors are all over the Packers, and with good reason! Aaron Rodgers has looked unstoppable through two weeks, while Drew Brees has been showing signs of a noodle arm in the early weeks for the Saints.

If I were picking this game independent of the numbers, I would be on the Packers as well, but when in doubt, I'm going to go against the public dog every time. Drew Brees tends to play big in primetime.

The Ravens are a wrecking ball right now, while the Chiefs spent last week scraping out an overtime win over a rookie quarterback who didn't know he would be starting until 30 seconds before taking his first snap. Kansas City obviously has the firepower to bounce back from a disappointing performance. Still, it's going to be tough to turn things around against a Ravens team that is already firing on all cylinders.