A NON-LEAGUE striker was forced to miss training because he had to BUTCHER a cow.

Atherton Collieries forward Tom Bentham text his manager to let him know he could not make training. 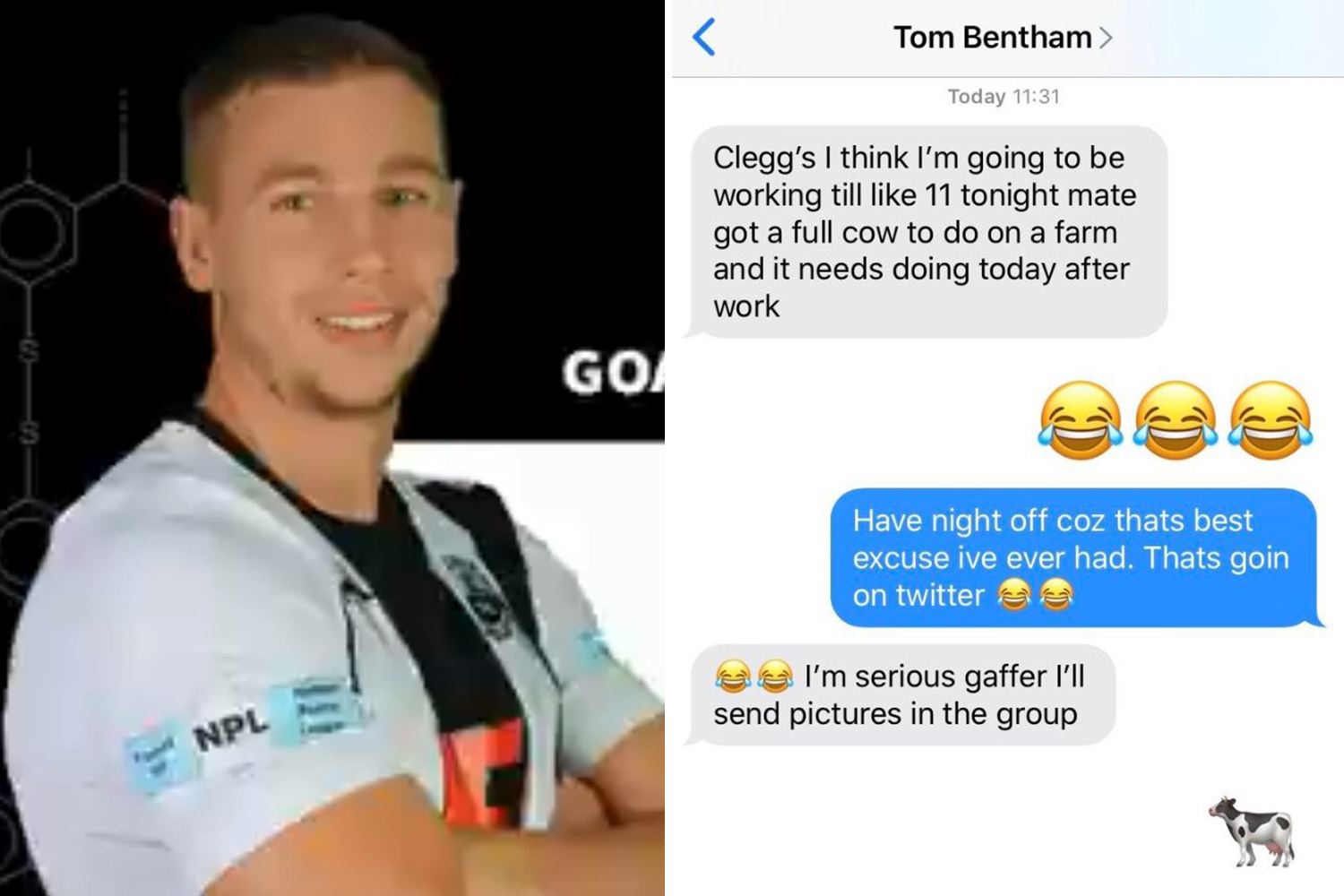 Bentham, a butcher, explained he had to “work” on a cow, and would not be able to moo-ve his commitment.

Believing his player was milking it, manager Michael Clegg told the striker to take the night off – and revealed the messages on Twitter.

Bentham said: “Clegg’s I think I’m going to be working till like 11 tonight mate got a full cow to do on a farm and it needs doing today after work.”

Clegg replied: “Have night off coz that's best excuse ive ever heard. That's going on Twitter.”

To which the player responded: “I’m serious gaffer I’ll send pictures in the group.”

Clearly having no beef with the situation, the manager sent a cow emoji back.

Fans online loved the exchange, throwing in plenty of puns.

One said: "cant be missing training! steaks are too high."

One added: "I think you should try and moove him on to another club."

Life with Ronaldo is just like any other family’s, says Georgina Rodriguez

The league is three steps away from the Football League.

Horse racing tips: This longshot at Lingfield in the first race back with fans can start Wednesday with a bang