MANCHESTER CITY boss Pep Guardiola had a furious row with Brighton manager Graham Potter after his team's 3-2 loss at the Amex.

Goals from Leandro Trossard, Adam Webster and Dan Burn were enough to give the hosts all three points on the south coast. 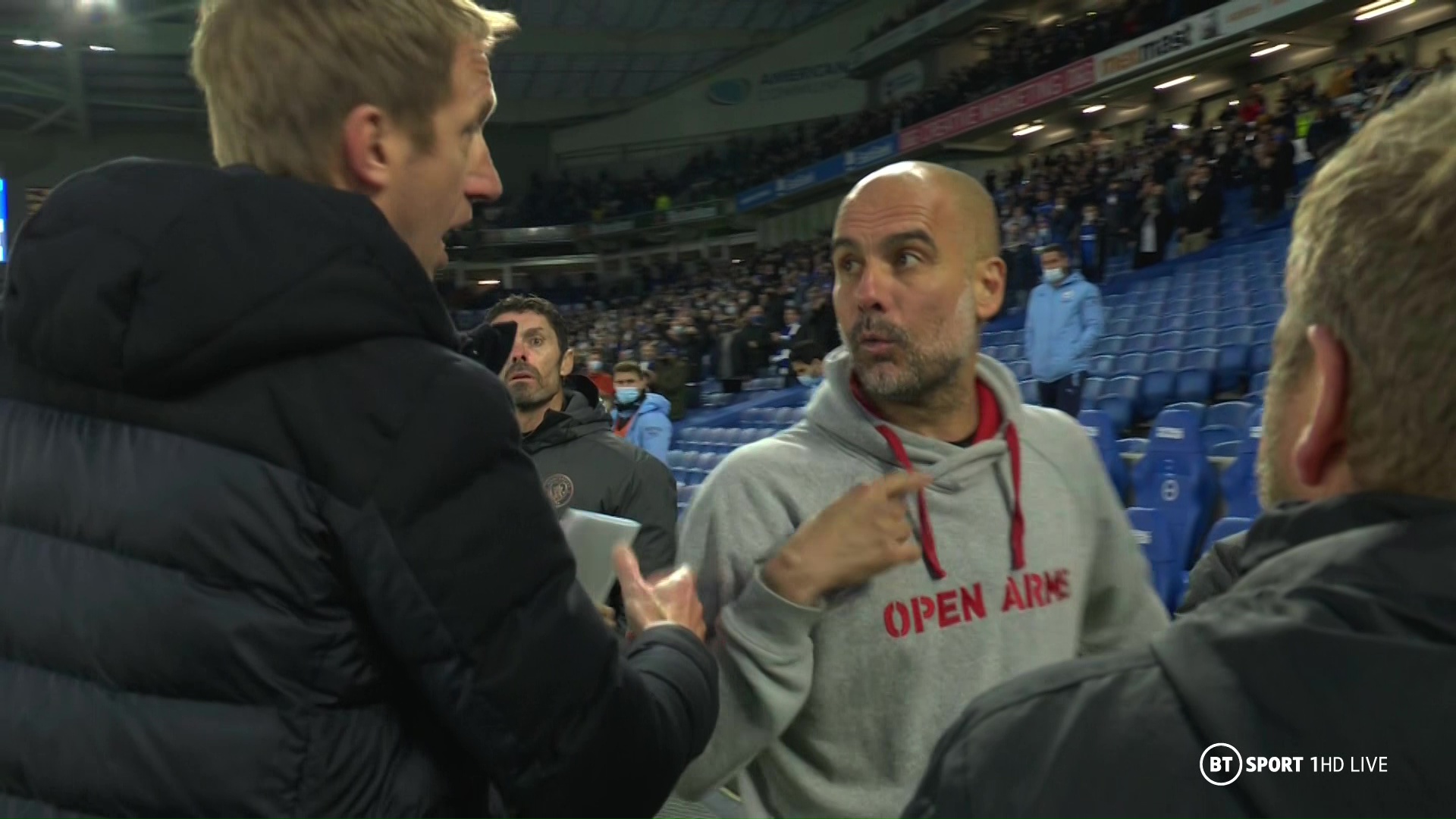 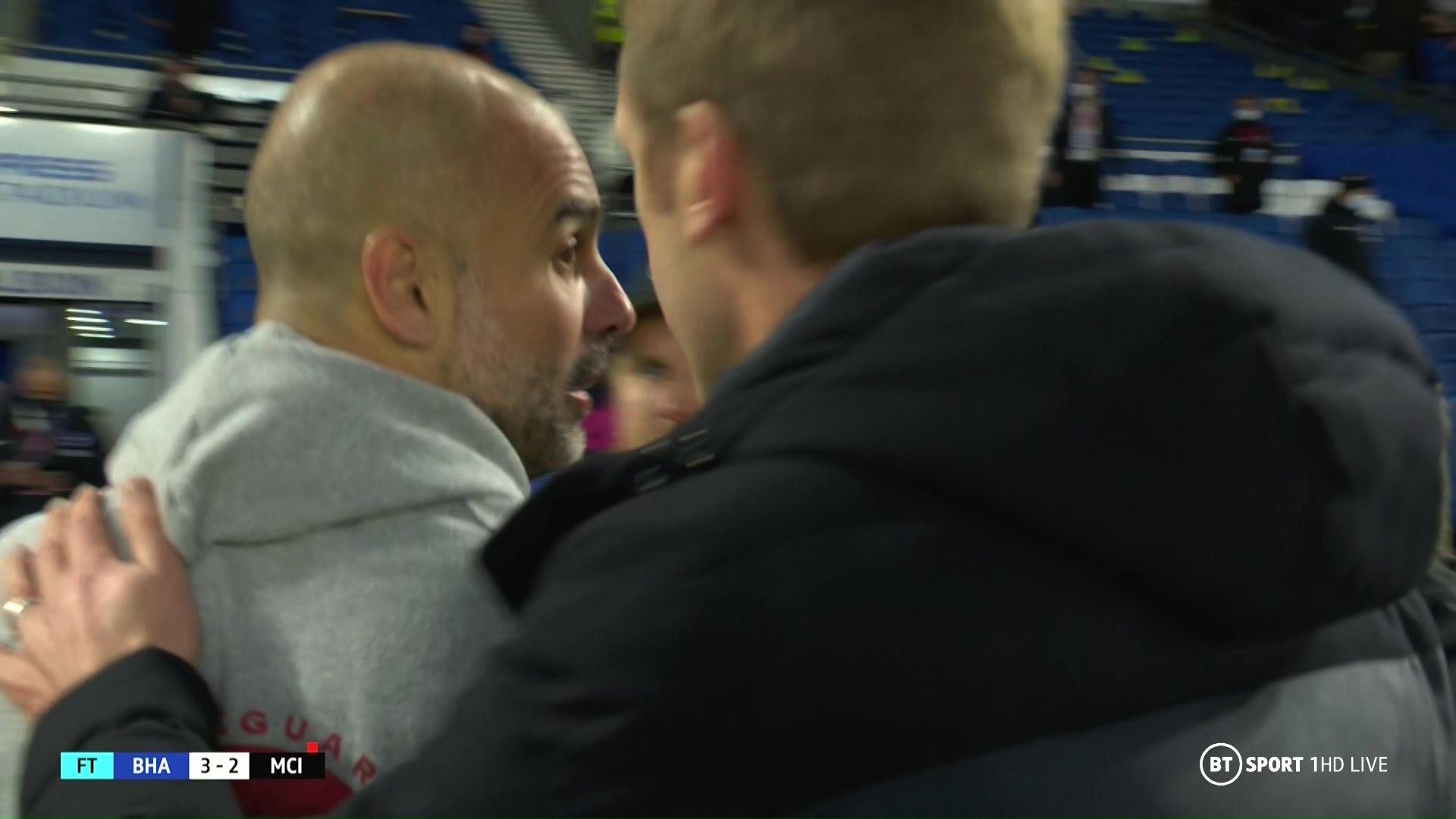 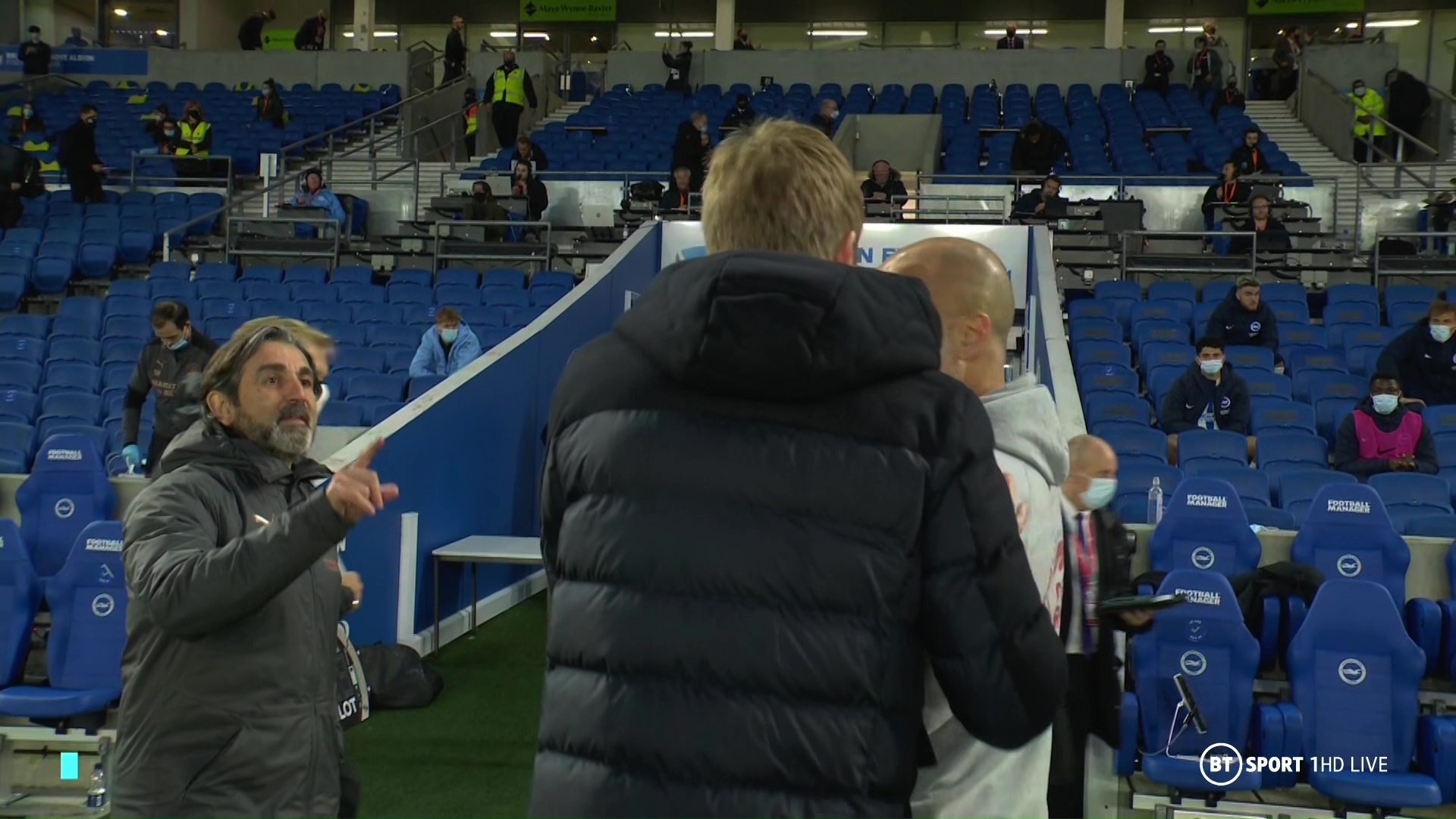 A disgruntled Guardiola was seen arguing face-to-face with Potter at full-time.

The City manager was frustrated after his team squandered a two-goal lead.

Joao Cancelo was sent off eight minutes later when he fouled Danny Welbeck to deny the former Manchester United striker a scoring opportunity.

The 10-men doubled their lead through Phil Foden in the second half but the match soon turned on it's head when Brighton's brilliant trio sealed the win.

City have now lost two of their last three Premier League games and are under pressure to regain their form ahead of the Champions League final against Chelsea on May 29.

Guardiola was not interested in discussing the touchline incident after the match.

The 50-year-old told the press: "What I say to him is personal. Not here."

Potter, who was also confronted by one of Guardiola's assistants, claimed the two were arguing over the Brighton manager's celebrations.

The 45-year-old revealed: "He was disappointed with me.

"I was over emotional with our first goal celebration. It wasn't good from me. I apologise. It was just emotion."

City's defeat to Brighton comes just 24 hours after a video of Guardiola celebrating at a club-organised party emerged on social media.

Anthony Joshua vs Tyson Fury ‘verbally agreed’ for May or June 2021 with only ‘minor issues to resolve’, says Hearn

Siba the poodle wins best in show at Westminster