Canada’s Corey Conners tamed a windswept Ocean course on Thursday, carding the round of the day to lead by two shots after the opening of the PGA Championship, with former winners Brooks Koepka and Keegan Bradley giving chase.

Trying to join Masters champion Mike Weir as the only Canadians to win one of golf’s four majors, Conners produced a stellar effort on a seaside layout lashed by gusty winds, mixing six birdies with a single bogey for a five-under 67.

One shot further back at two-under is another large group that includes defending champion Collin Morikawa and Phil Mickelson, who for one day at least looked more like the golfer who has won five majors than the one without a top 20 finish this season. With a single PGA Tour title and having missed the cut in five of nine previous majors, Conners was not rated among the hot favourites, but with seven top 10s this season has been one of the more consistent performers.

That calm confidence was evident on a wild day as the Canadian quietly went about his business walking off the course hoping his beloved Toronto Maple Leafs could get off to the same start he did when they face archrival Montreal Canadiens on Thursday in the opening round of the NHL playoffs.

“Go Leafs,” laughed Conners. “I had a great round today, but I’m excited to watch the game. Hopefully they get off to a good start.

“I was fortunate to have a good day. Made it as least stressful as possible on myself.”

Playing the more difficult back nine first, Koepka got his day off to a stumbling start with a double bogey but quickly gathered himself with birdies on two of the next three holes.

“It wasn’t ideal, the start,” said Koepka, winner of back-to-back PGA Championships in 2018 and ‘19. “It was nice to get it back to even before I turned back into the wind.

“At the same time, you can’t do that stuff if you want to win. You’ve just got to be more focused.”

Potentially the longest course in major championship history at 7,876 yards, the seaside monster layout was shortened to 7,660 yards but nonetheless presented a challenge to the world’s top golfers.

World No 1 Dustin Johnson could not get in gear the entire day, wrapping up his round with his second double bogey of the day at 18 for a four-over 76.

World No 2 Justin Thomas and Northern Irishman Rory McIlroy, winner the last time the PGA Championship was played at Kiawah Island in 2012, could not do much better, returning three-over 75s. 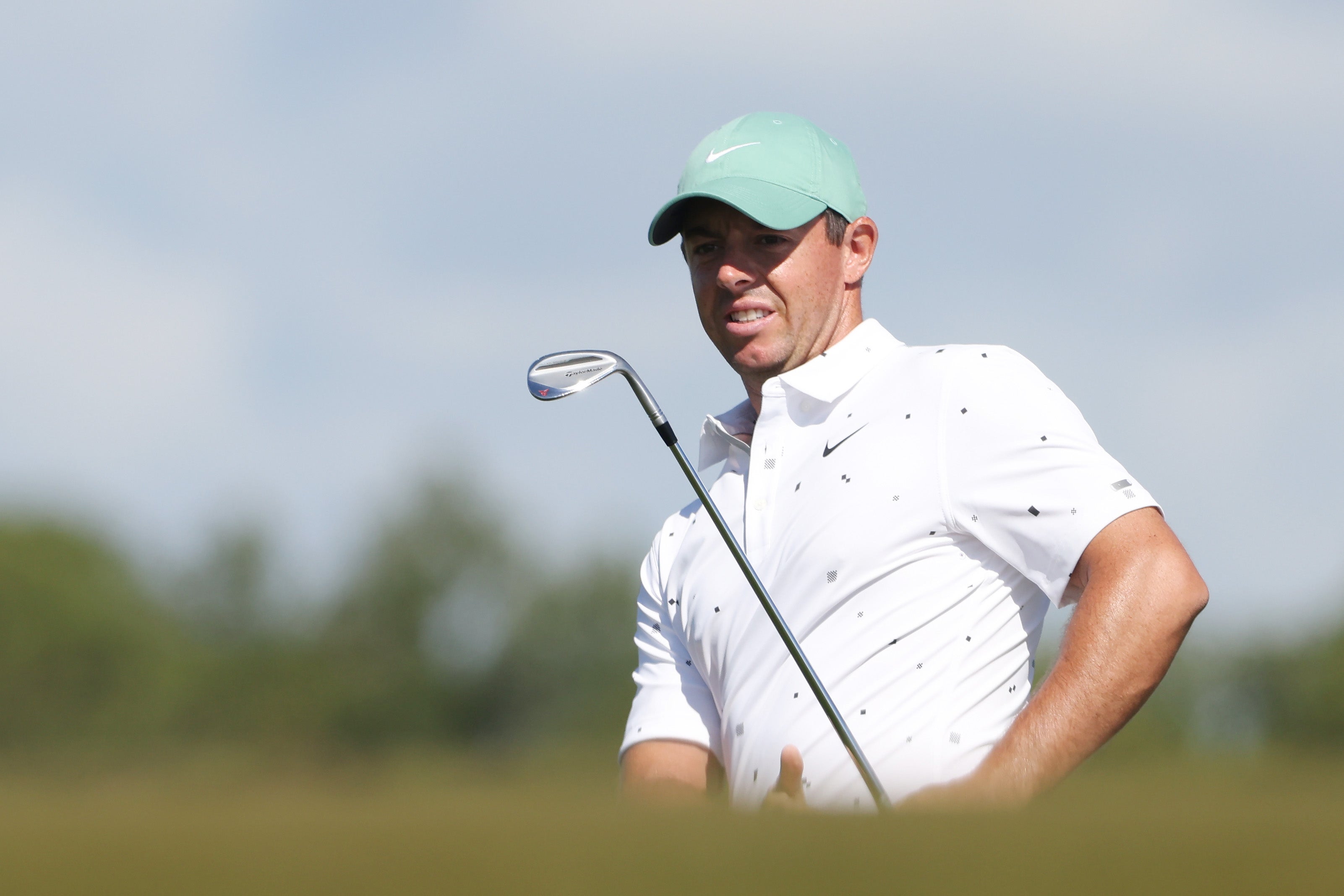 Jordan Spieth, needing a PGA Championship to complete the career grand slam, launched his latest bid with a one-over 73 as did Masters champion Hideki Matsuyama of Japan.

Big-hitting U.S. Open champion Bryson DeChambeau had looked ready to muscle his way to a good day with a par-birdie-birdie start but faded with four consecutive bogeys before grinding to an even par 72.

“The wind just kicked my butt,” said DeChambeau. It’s heat, hot. Just grinding out there, it takes a lot out of you. It’s all just a really difficult thing that you’ve got to control out there. It’s a lot of work.”