That's according to bookmakers Betfair, who've priced Jurgen Klopp's champions at 3/1 to re-sign the Brazilian in January. 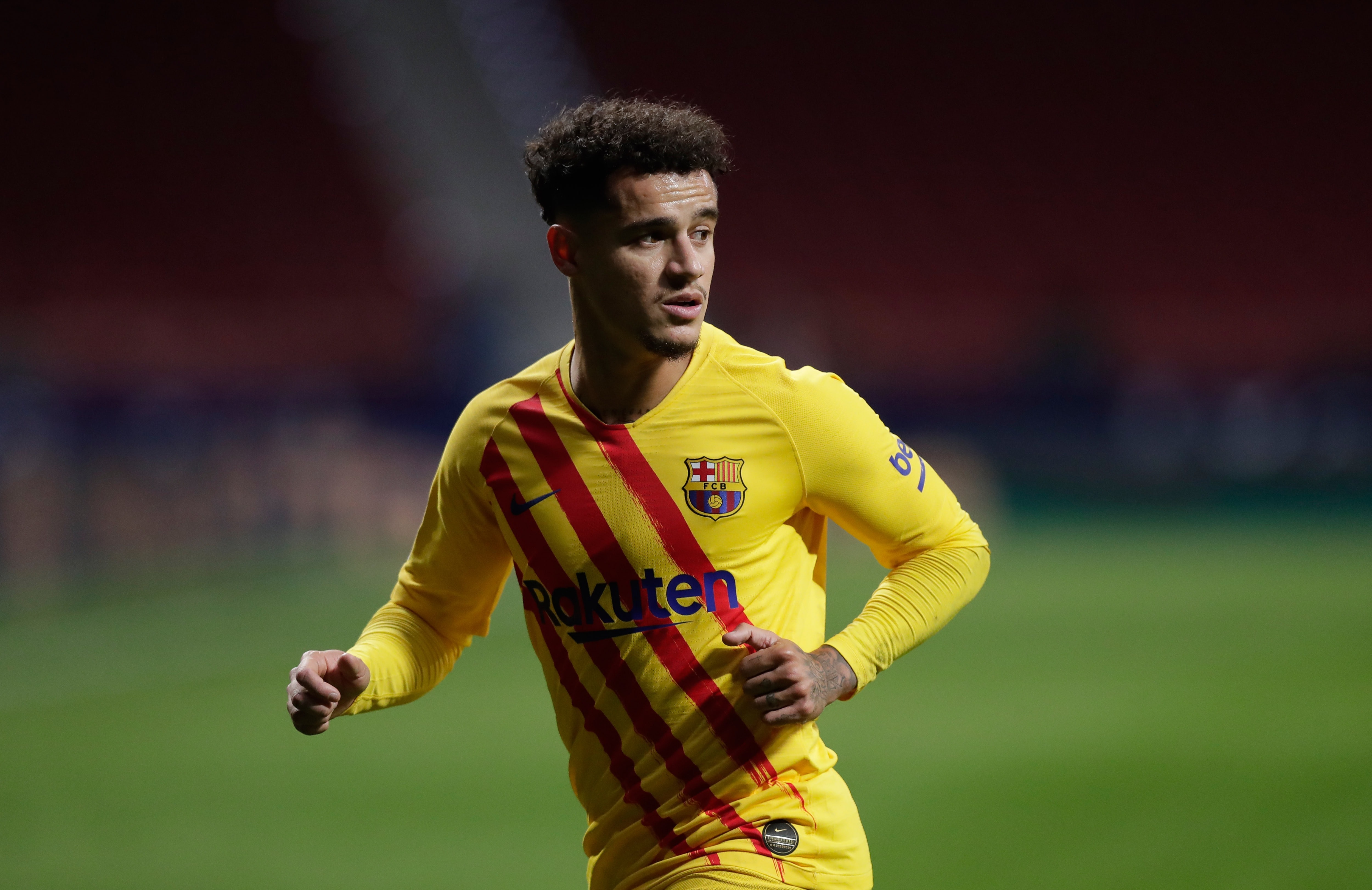 Bundesliga heavyweights Bayern Munich, where Coutinho spent a season-long loan, are next in the market at 6/1.

Arsenal follow at 10/1 to bring the 28-year-old to north London to inject some much-needed creativity into Mikel Arteta's ranks.

Serie A duo Juventus and former side Inter Milan round off the market at 12/1 and 14/1 respectively.

Coutinho bagged 54 goals and provided 45 assists in 201 appearances for Liverpool before leaving for Barcelona.

SUNSPORT BET OF THE DAY: BET £10 GET EIGHT £5 FREE BETS ON THE CHAMPIONS LEAGUE**

The Catalan giants paid a colossal £142m for his signature in January 2018 but he failed to justify expectations before being shipped out on loan.

There's often been talk of the midfielder returning to Anfield at some stage in his career.

And that talk has intensified recently after Coutinho left the door open to a sensational Premier League return.

Sport.es quote Coutinho as saying: "The Premier League is one of the most exciting leagues in the world.

"Having the opportunity to play for a team like Liverpool will always be something for which I will be grateful.

"It is impossible to say what might or might not happen in the future. But right now my only goal is to be successful with Barcelona."

However, being 'successful' with Barca may NOT be an option.

And that's because Ronald Koeman and Co. are reportedly looking to raise funds for a splash in the winter window.

Barcelona find themselves 10 points off the pace in La Liga and without forward Ansu Fati for several months.

Lyon forward Memphis Depay is considered to be Koeman's top target and that could pave the way for Coutinho to leave the club.

Betfair Spokesperson, Sam Rosbottom said: "The future of Philippe Coutinho has long been debated ever since his move to Barcelona.

"People have labelled his time at Camp Nou a failure, and there have been a number of reports linking him with a move away.

"Looking at where he could possibly go in the January window, his former club Liverpool are the favourites to resign him at 3/1, while another of his former teams, Bayern Munich are 6/1, with Manchester United 10/1 to sign the Brazilian."

*Terms and conditions: Min stake £10, min odds 2.0. Only deposits made using Credit/Debit Cards or ApplePay will qualify. Free bets are awarded after the qualifying bet has settled, valid for 30 days, must be used on multiples with 3+ legs. Max £50 in free bets. T&Cs apply. 18+ Begambleaware.org

**T&Cs: New Customers Only. Qualifying bet must be placed at the normal odds • max bet £5 • Extra winnings paid in FREE BETS and added within 72 hrs of qualifying bet settlement • Free bet stakes not included in bet returns • Free bets expire 7 days after credit • This offer may not be combined with any other offer • Full T&C’s apply 18+ begambleaware.org

Racing tips: Betfair Hurdle trends – we help you find the winner of the Newbury race live on ITV