PREMIER LEAGUE bosses are increasingly confident the worst of the mid-season Covid peak is over after another significant fall in positive tests.

A total of 12,973 tests across players and staff at the 20 top flight clubs in the seven days up to Sunday saw 72 positive samples. 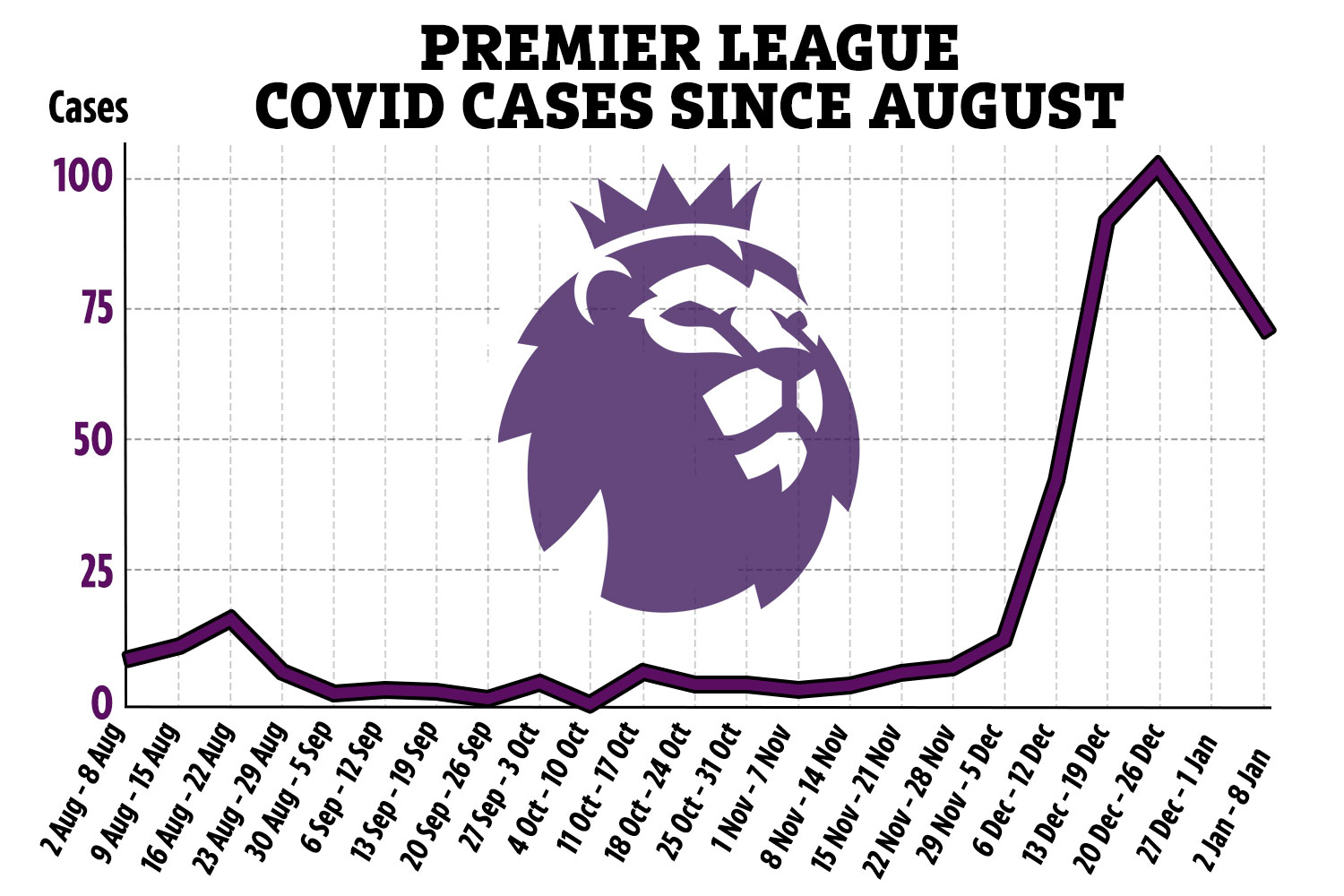 That was 22 down on the previous seven-day period.

It's also the second successive fall after 103 positive tests were recorded between December 20 and Boxing Day.

It also represented the lowest weekly tally since the 42 positives recorded at the start of the Omicron wave between December 6 and 12.

The majority of the new positives – 64 – came from the 7,682 tests between last Monday and Thursday January 6.

But there were only eight positives from 5,291 tests administered to 2,346 players and staff across the following three days in a clear signal that the virus appears to be subsiding.

In the run-up to Christmas, there were genuine fears the Prem season could be suspended due to the rampant Omicron strain.

A number of clubs were forced to close their training grounds and postpone matches, including Manchester United.

Most-recently, Liverpool shut-down their facilities after a huge surge in positive cases.

The outbreak forced them to postpone their Carabao Cup semi-final first-leg clash with Arsenal and field a youthful XI for their FA Cup third-round win over Shrewsbury on Sunday.

But now it appears the worst is over for top-flight clubs with cases rapidly on the decline.

What was Matthew J Watkins’ cause of death and how many children did former Wales rugby star have? – The Sun