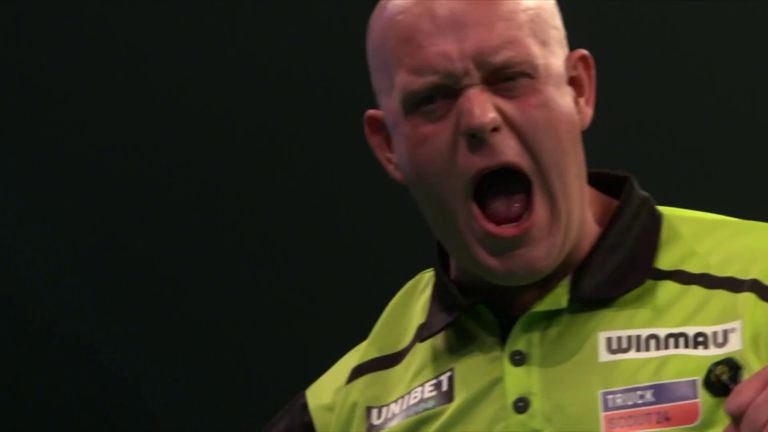 Fittingly, in this truncated of sporting years, a Premier League darts season like no other will go the distance as two places in the Play-Offs remain up for grabs and a fight for top spot could still transpire.

Five-time champion Michael van Gerwen had begun the evening outside the top four, and took to the stage against Gary Anderson knowing he needed a win just to stay in touch after Nathan Aspinall and Peter Wright had claimed earlier victories.

Anderson’s place was secured after earlier results but he was also in with a chance for top spot after leader Glen Durrant suffered a defeat against Wright, but there was more on it for MVG, who responded with a 103 average in what could be a pivotal 8-6 victory.

It still may not be enough as wins for Aspinall and Wright on Saturday night will leave Van Gerwen powerless, but he did all he could to inflict a defeat on Anderson that makes the Scot’s hopes of topping the table difficult.

There is a £25,000 bonus for the man who tops the league phase and Durrant has a two-point advantage over Anderson and crucially a 14-leg advantage, meaning Duzza, in his debut year, is in pole position to join Van Gerwen and Phil Taylor as the only men to top the league.

Joining Van Gerwen, Wright and Apsinall in the race for the final two place is Gerwyn Price, who was denied a win by Michael Smith but earned a draw that means he is still in the hunt. 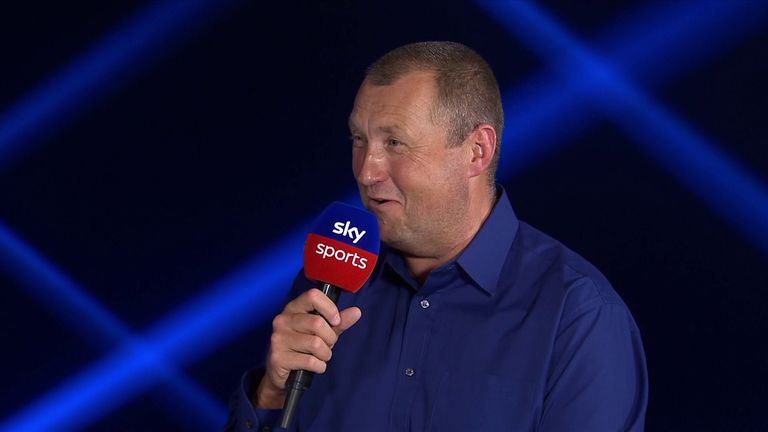 Michael van Gerwen is not used to not having things his own way, but going into Saturday’s match with Daryl Gurney that’s the fate facing him – but it could have been much worse.

Van Gerwen produced his best performance since the opening night of the resumption to beat Gary Anderson and stay in contention for a place in the top four.

The Dutchman has never failed to make the final in his seven Premier League seasons, but his hopes this year rely on others despite an impressive victory against Anderson where both men showed moments of their very best.

Van Gerwen bossed the early exchanges to take a 3-1 lead, and then missed a dart for 4-1 as troubles on the outer ring set in and allowed Anderson to haul his way back into the match and turn a 5-2 deficit into a 6-5 lead.

But it was Van Gerwen who remained calm and refused to buckle, punishing a missed dart at double top for a 154 from Anderson to secure a point which he turned into the two he needed – but only after three missed match darts left him needing double top which he pinned to breathe a huge sign of relief. 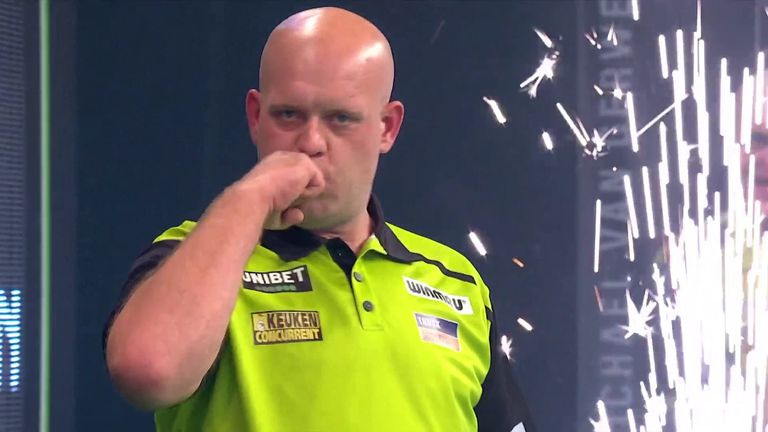 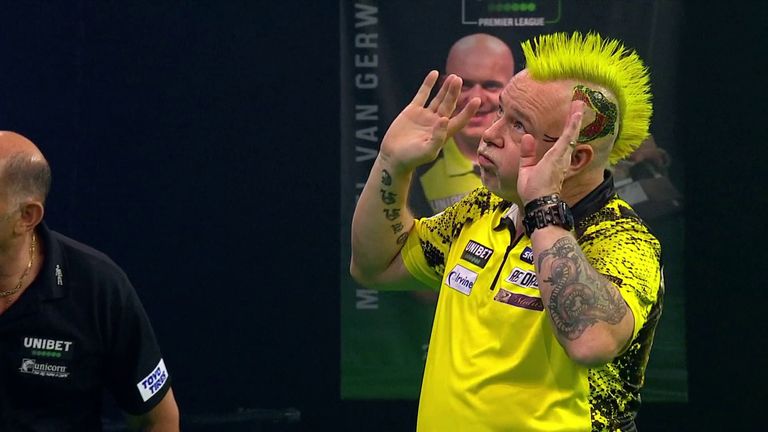 Peter Wright inflicted just a second Premier League defeat on Glen Durrant to all but secure a spot in the Play-Offs and leave Duzza winless in his last three matches (and second for the first time since Night 7).

Neither man was at his best, but it was Snakebite who prevailed, a crucial break midway through the match proving the decisive factor and leaving Wright in control of his own destiny.

The reigning world champion has only made the top four once in his previous six entries in the tournament, and on the one occasion he made it he suffered a painful defeat to Michael van Gerwen in the final.

With Durrant knowing an 8-4 win would be enough to secure top spot in the league phase with a game to spare and Wright under pressure for his top four place, a scrappy start was no surprise.

Neither man averaged more than 86 as the pair shared the opening six legs before Snakebite struck for the crucial first break after Duzza had missed a dart for a 104 finish.

He consolidated for a two-leg lead that kept him in front. Claiming a point with the 12th leg before Duzza forced the match to go the distance where Wright prevailed to leave Duzza beaten, but after Anderson’s defeat still top of the pile. 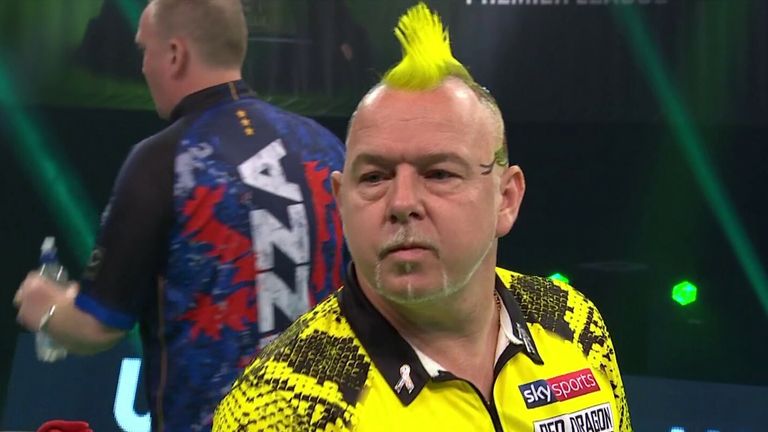 Work to do for Price after Smith cracker 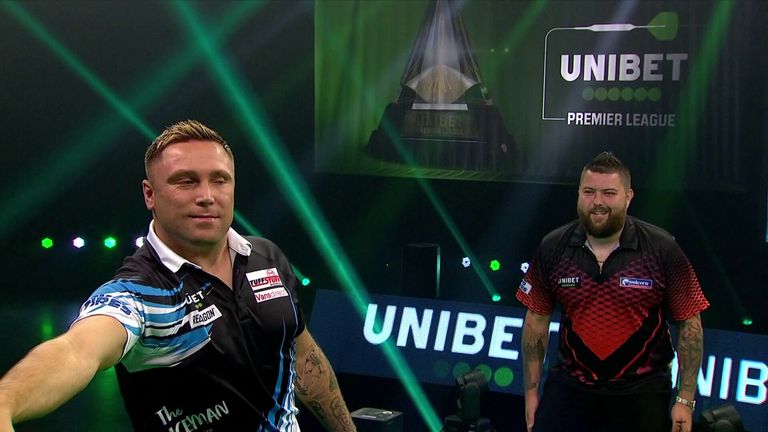 Gerwyn Price will need Van Gerwen and Aspinall to suffer defeats on Saturday night, after he rescued a point against an inspired Michael Smith in a thrilling end to the evening.

The pair traded 14 maximums and three huge finishes and both averaged more than 102 that see-sawed throughout the evening. It was Bully Boy, already eliminated, who started fast, racing into a 4-1 lead thanks to a pair of 108 finishes.

But Price fought back to level the match, firing in a sparkling 164 finish as the match produced fireworks throughout.

Fittingly the pair continued to trade huge scores, and legs, with three legs each across the final six it meant honours were even and Price’s hopes just about remained alive. 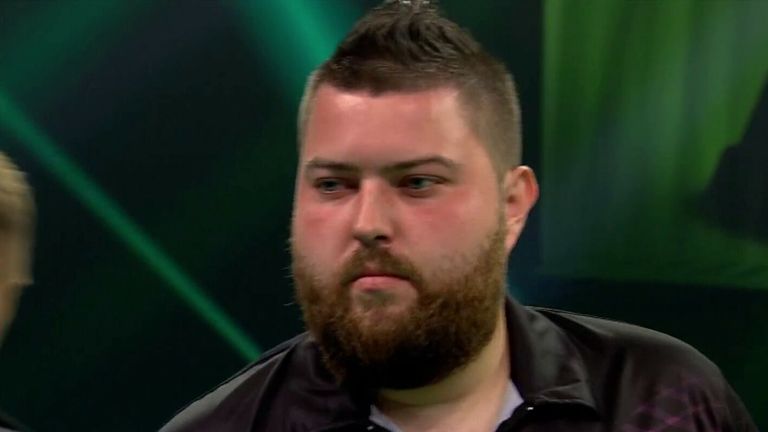 Nathan Aspinall remains in control of his own destiny in his debut Premier League campaign after coming from behind to beat Daryl Gurney in the opening match of the evening.

The Asp was invited into last year’s competition as a Contender and suffered a defeat but this year he is in firm contention for the Premier League crown after an eighth win of the season kept him in the top four going into the final night.

The 29-year from Stockport claimed the opening three legs in blistering fashion, averaging 114 to boss the early exchanges before Super Chin battled back – as he has done throughout the last few weeks. The world No 7 may not be in contention for a top-four spot but he has forced all of his opponents to work for their results and he claimed three of the next four to level the match.

US racing tips: Templegate's best bets for the meeting at Fonner Park on Sky Sports Racing on Tuesday