MIKEL ARTETA has moved into the Premier League's all-time top ten bosses in terms of points per game.

The Arsenal manager has overseen eight wins in nine games during a stellar start to the season for the Gunners. 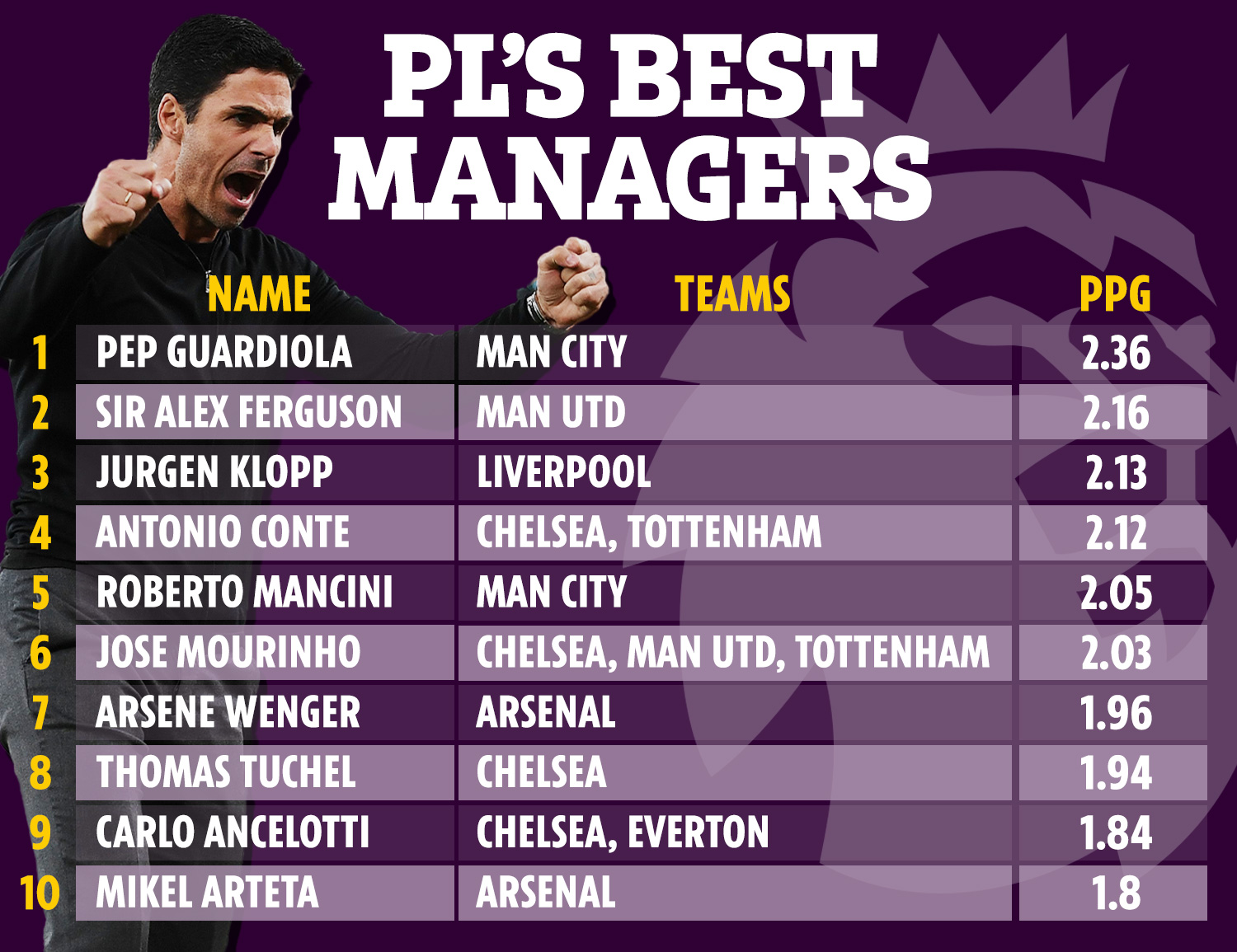 Since being appointed in December 19, Arteta has endured some rocky periods – twice coming eighth in the Premier League.

He has also been criticised by the likes of Pierre-Emerick Aubameyang – with the former skipper accusing him of being unable to "handle big characters".

This season things have clicked, however, with the Gunners riding high at the top of the league after a good start.

And Arteta's record is ever improving, with the Spaniard having now picked up 1.8 points per game across 104 PL matches in charge. 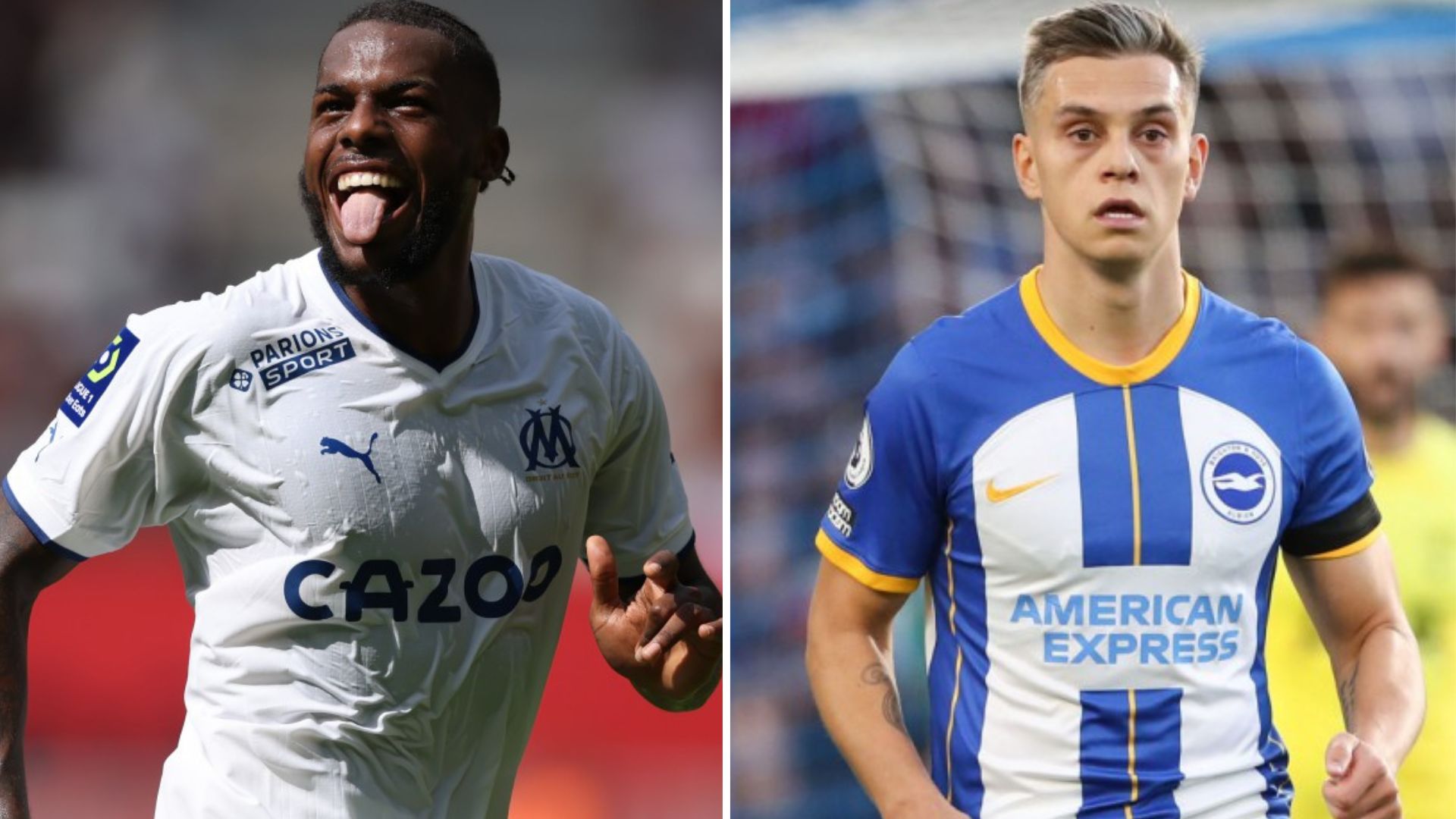 This impressive record takes him tenth all-time, behind some of the greatest managers to ever grace the Prem.

In top spot is Arteta's friend and former mentor Pep Guardiola, who has managed an astonishing 2.36 points per game with Manchester City – winning four PL titles along the way.

The former Barcelona boss pips Sir Alex Ferguson, with the legendary ex-Manchester United boss having earned 2.16 points per game in the Prem during his record-setting tenure.

Ferguson's remarkable leadership saw the Red Devils win 13 of the first 21 Premier League titles after the top flight's rebrand in 1992.

Jurgen Klopp is narrowly behind Fergie on 2.13 points per game, with the Liverpool boss having had to perform miracles to see his side even grab one Prem title from City in recent years.

Next up in fourth is Antonio Conte with 2.12 points per game across spells with Chelsea and Tottenham.

The current Spurs boss won the Premier League with the Blues in 2017 – the last man not named Guardiola or Klopp to do so.

Roberto Mancini is a slightly surprise entry in fifth, having managed City between 2009 and 2013 with a record of 2.05 points per game.

The Italian oversaw the early years of City's new era under Abu Dhabi ownership – winning their first Prem title in dramatic circumstances in 2012.

Sixth is Jose Mourinho, who may have figured a lot higher prior to his last couple of jobs.

The Portuguese took the league by storm during his first stint at Chelsea, winning back to back Prem titles in 2005 and 2006.

He added a third crown during his second Stamford Bridge stint, although found himself sacked by Roman Abramovich for a second time following a disastrous start to the 2015-16 campaign.

Mourinho has since been sacked by Man United and Tottenham – with his points per game falling to a still credible 2.03 in the process. He now finds himself at Roma.

Another in this list who would have been higher but for his last few Prem seasons is Arsene Wenger.

The Frenchman won three Premier League titles during his first eight years at Arsenal, only to not win it again in his next 14.

Nevertheless, Wenger's total of 1.96 points per game is not to be sniffed at and earns him seventh position all-time.

Thomas Tuchel is eighth on the list with 1.94 points per game – but Chelsea owner Todd Boehly still opted to move in another direction with Graham Potter.

Another former Blues boss Carlo Ancelotti is ninth, his tally of 1.84 points per game rather tainted by his stint with Everton. 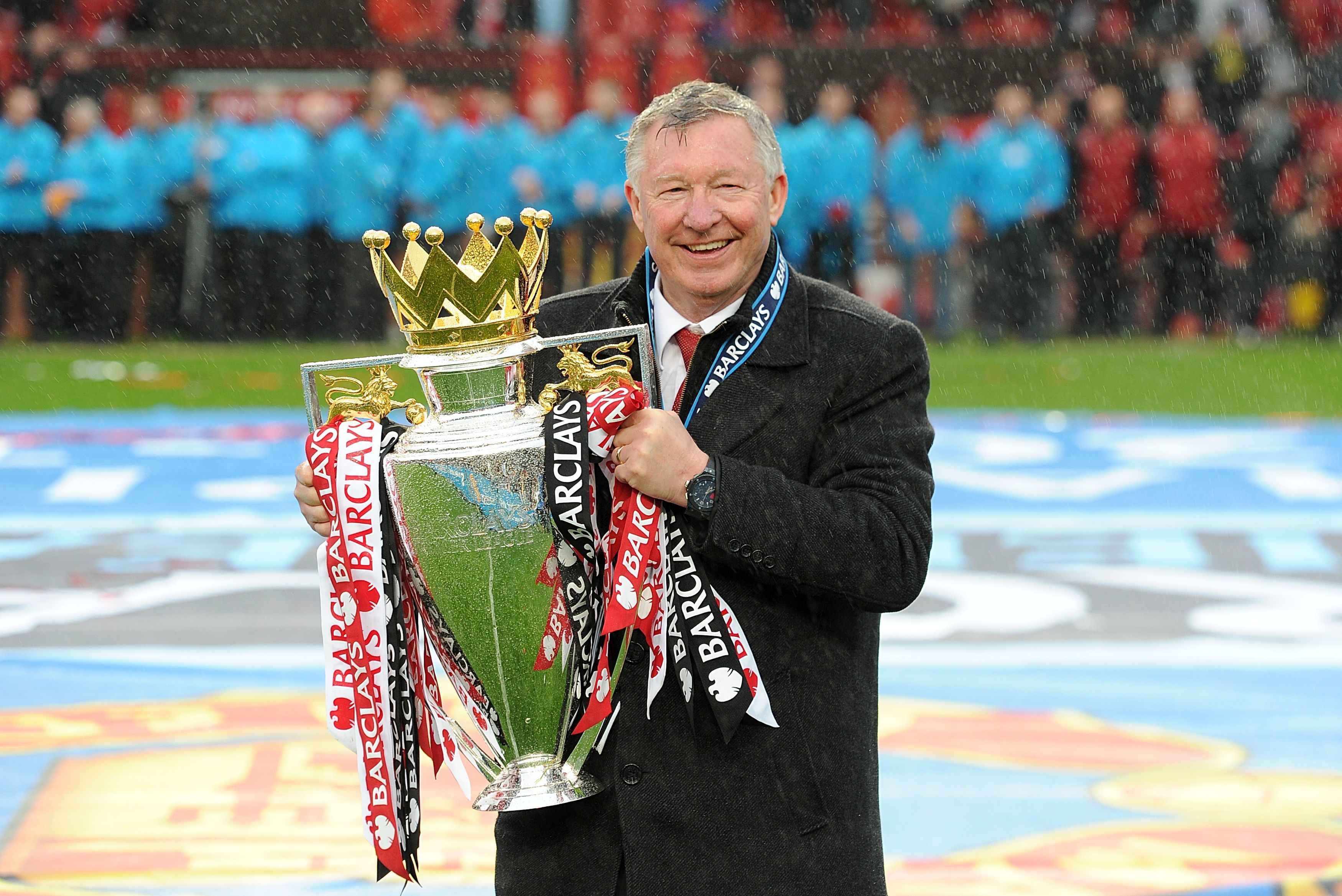 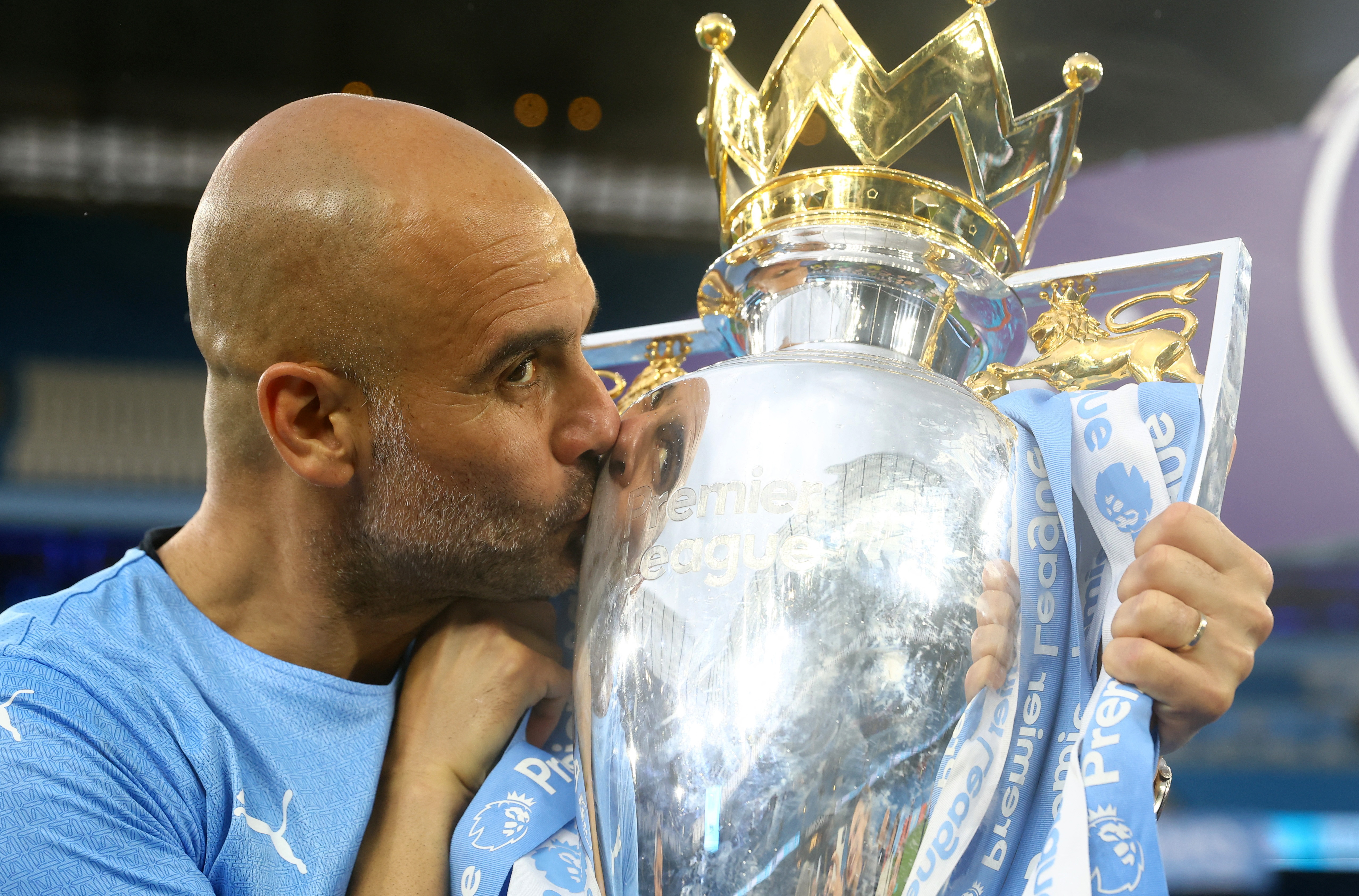