EXCLUSIVE: Conor Benn is being investigated over claims that he failed ANOTHER drugs test earlier this year for the same clomifene substance which saw his blockbuster fight with Chris Eubank Jnr cancelled at the 11th hour last week

Conor Benn is being investigated over claims he failed a drugs test prior to the one which forced the 11th-hour cancellation of last Saturday night’s fight with Chris Eubank Jnr.

This damning claim will expand dramatically not only British boxing’s inquiries into the controversial last-minute cancellation but also questions over the ability of the British boxing authorities to conduct effective drug-testing procedures.

That Benn now appears to have previously tested positive for what is claimed to be the identical drug which scuppered the fight makes a ban seem inevitable — one potentially even longer than the customary four-year suspension for a single violation, which could keep this 26-year-old out of the ring into his thirties. 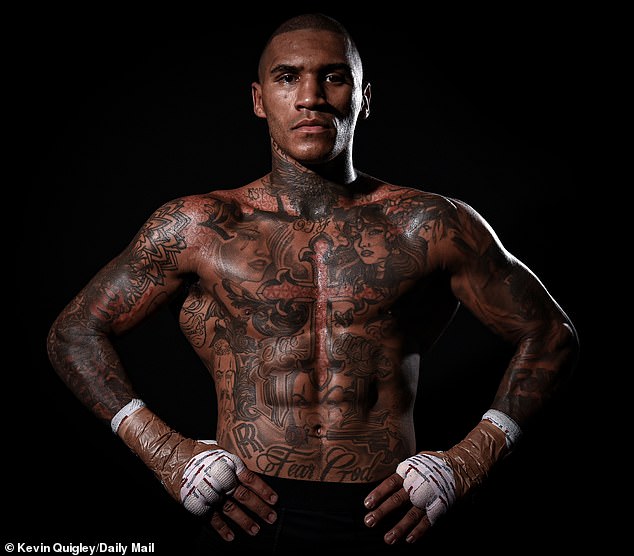 ‘A few of us have known about this earlier test for some time,’ Frank Warren, Britain’s senior boxing promoter, said. ‘That makes it even more of a scandal. More damaging to our sport than everyone thought.’

This potential bombshell also throws into doubt the prospect of this multi-million-pound fight going ahead at a later date, as promoter Eddie Hearn is hoping.

One eminent source in world boxing, when pressed to confirm the hitherto undisclosed positive finding, said on condition of anonymity: ‘Yes. Earlier this year. Same stuff.’

That substance, clomifene, was originally created as a fertility aid for women but when used by men is a powerful testosterone booster and a drugs masker banned in all mainstream sports, Olympic athletics and cycling included. 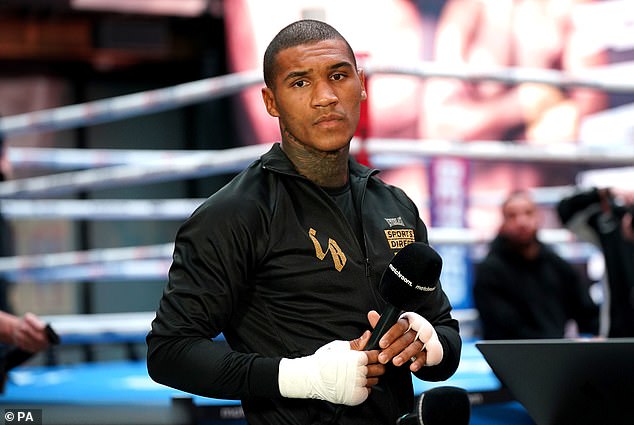 This potential bombshell could make a mockery of all the protestations of innocence by Benn and those around him. The fighter has declared himself ‘a clean boxer’. His trainer Tony Sims says he is ‘absolutely certain’ Conor is pure.

But highly-respected New York promoter Lou DiBella said: ‘This boy has been caught out and has to be banned. No excuses.’ Further alarm bells are ringing because of the ongoing delay in reporting results of the B-sample of Benn’s failed test.

Hearn has talked of how postponement of Eubank-Benn at the weekend should have awaited confirmation of his fighter’s positive A-sample.

But B-tests require a request from the fighter hoping to clear his name. One expert close to this case said: ‘This has not happened with Benn and that is the cause of the delay.’ 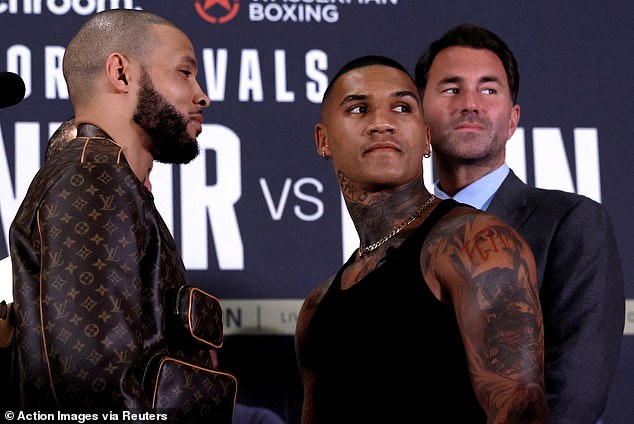 The exact dates for the taking and testing of Benn’s previous A-test are yet to be disclosed. But there are indicators of the timeline in his interactions with the Clean Boxing programme run by the WBC in conjunction with VADA, the Voluntary Anti-Doping Association. Benn was erased from the WBC world rankings this January for failing to enrol. A month earlier he had scored a surprisingly stunning fourth-round knockout victory over seasoned American Chris Algieri.

Benn hastened to join the programme. In his only subsequent fight, in April, he knocked out South African Chris van Heerden in equally startling fashion. Van Heerden has since said: ‘I have to wonder now if Conor was using anything for our fight. It is the hardest I’ve ever been hit. I just thought, ‘‘Wow, where’s that come from?”’

Benn was then welcomed to the Clean Boxing ranks and currently stands fifth in the WBC’s welterweight ratings.

It seems certain now that he will shortly by delisted or dropped to below 15th, where he would not be eligible for a world-title challenge. 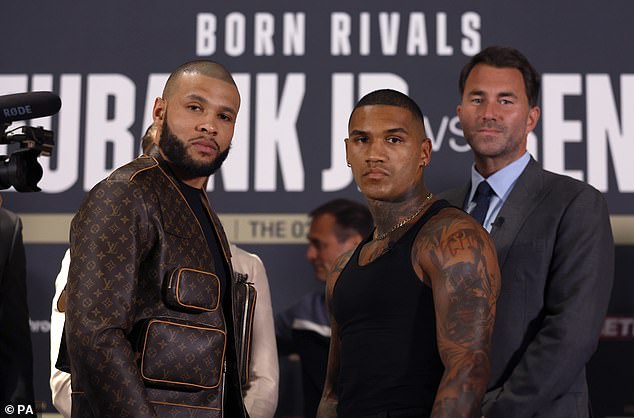 As for the seven-figure purses for Benn and Eubank, the British Boxing Board of Control are ‘expecting a storm of activity including lawyers this week’ but insist: ‘As it stands, this fight will still not take place under our jurisdiction.’

One option for Hearn saving a tidy fortune is to take the fight to the Middle East, with Saudi Arabia the most likely destination.

But the main priority for the Saudis is securing Tyson Fury versus Oleksandr Usyk in the coming spring’s first fight for the undisputed heavyweight championship of the world since Lennox Lewis held all the available belts almost two decades ago.

Whether the Kingdom would be prepared to tarnish that main attraction by involvement with the Benn controversy will be fascinating.

If Eubank v Benn were to go ahead without sanction by a proper commission not only would the two of them be at risk of losing their boxing licences but so would any undercard boxers, who have suffered enough already from the loss of last Saturday’s earnings. 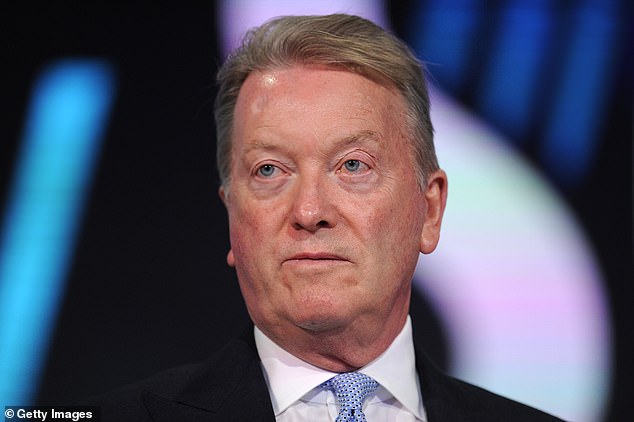 Eubank Jnr’s father, Chris Snr, had been widely ridiculed for trying to prevent his son taking this fight at catchweight.

With Benn required to move up almost two weight divisions, clomifene would have given him a massive physical boost, while Eubank will have been weakened by cutting his weight down to three pounds under middleweight.

Eubank Snr sensed serious danger for his son. Had this fight gone ahead the damage to boxing might have been far greater than it is already. The public, who have been kept in the dark, have the right to feel outraged.

Hearn has asked for time ‘to allow all developments to come out’ before commenting further. Matchroom and Benn were approached for comment but failed to respond. 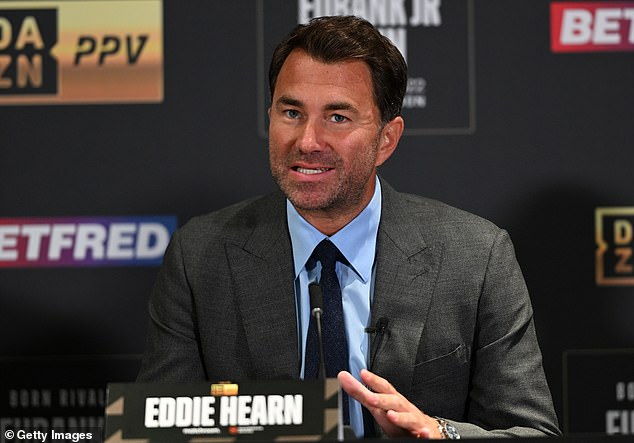 Arsenal verdict: Arteta's Xhaka gamble pays off as brilliant Saka puts Sheff Utd to the sword in No10 role