The game’s global governing body has been attacked for its decision to take the World Cup to Qatar, where the treatment of migrant workers and the rights of LGBTQ+ people have been in the spotlight.

Infantino has come under fire after likening his own experience as a red-headed child to that of gay and disabled people in his bizarre speech Saturday.

The competition got underway Sunday as Ecuador beat hosts Qatar 2-0 but in a remarkable hour-long monologue at his final pre-tournament press conference in Doha, Infantino made a number of statements that raised eyebrows.

‘My parents were working very, very hard and in very, very difficult conditions — not in Qatar, in Switzerland. I remember as a child how migrant workers were treated when they looked for work and I remember what happened with their passports.’ 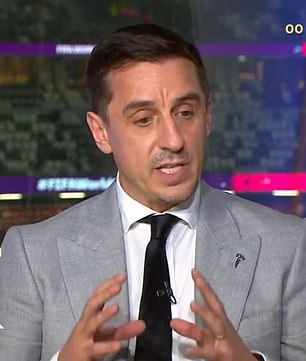 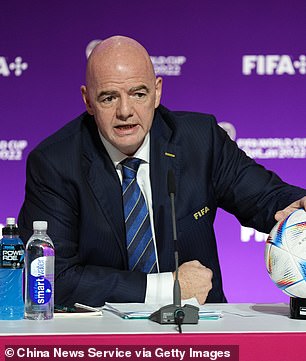 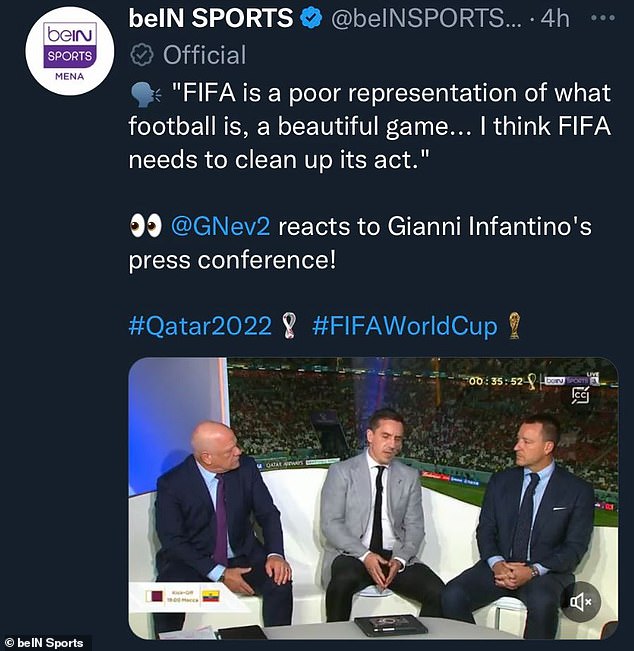 Infantino said that Europe could ‘do as Qatar’ did in letting in migrant workers, offering a ‘legal’ path for them to come to the country and work and live.

Former Manchester United defender Neville, who is working for sports network beIN Sports for the showpiece tournament in Qatar, condemned Infantino as a ‘terrible face for football’ in a clip posted on the the broadcaster’s Twitter account.

However the Qatari-owned channel later deleted the post on Sunday.

‘He’s a terrible face for football,’ Neville said on beIN Sports. ‘Some of the things he said yesterday were inappropriate and shouldn’t be said by him.

‘He should be bringing people together. He’s the global representative of football. He shouldn’t be answering to one or two nations, which is what he seemed to be doing yesterday. He’s got to rise above it.

Neville went on to compare the FIFA president to a number of other controversial world leaders, as he explained: ‘I’m sick of these leaders, like (Boris) Johnson, like (Donald) Trump, like Infantino, like (Sepp) Blatter who don’t unite, they divide.

‘All their language is about division. Even though they try and think they’re bringing people together they’re not.’

The pundit also spoke of how FIFA needed to resurrect its status within football.

‘FIFA is a poor representation of what football is. It’s a beautiful game enjoyed by communities from Brazil to Bury, and I have to say I think FIFA needs to clean up its act. Its been bad for so long.’

Another added: ‘So this Tweet featuring Gary Neville’s comments on the FIFA President was deleted. Interesting decision.’

Amnesty International had already hit back at Infantino for ‘dismissing the enormous price paid by migrant workers’. 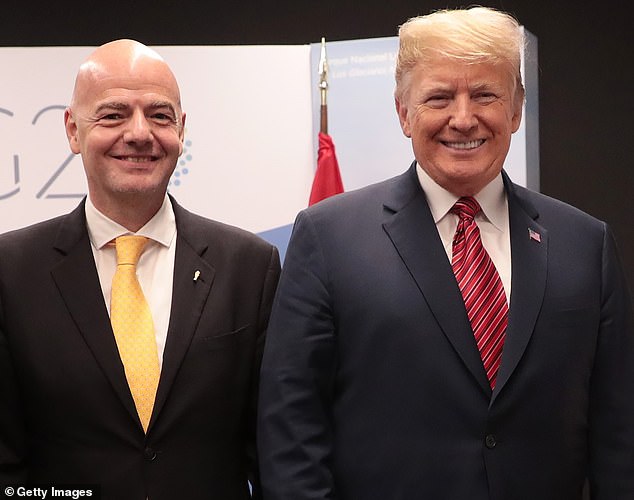 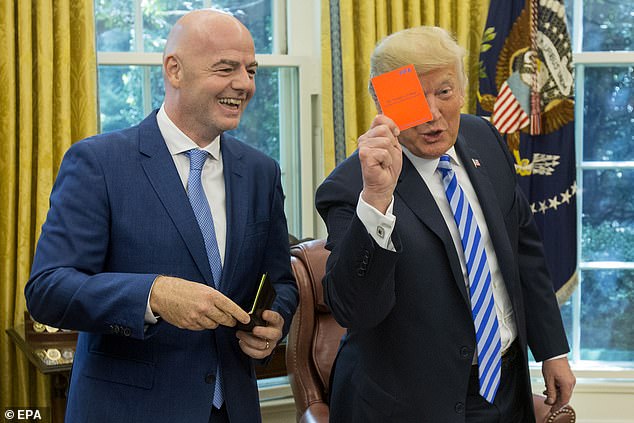 Trump holds up a FIFA red card with his name on, given to him by Infantino at 2018 meeting

Steve Cockburn, Amnesty International’s Head of Economic and Social Justice, said in a statement: ‘In brushing aside legitimate human rights criticisms, Gianni Infantino is dismissing the enormous price paid by migrant workers to make his flagship tournament possible – as well as FIFA’s responsibility for it.

‘Demands for equality, dignity and compensation cannot be treated as some sort of culture war – they are universal human rights that FIFA has committed to respect in its own statutes.’

While Nicholas McGeechan, director of Fair Square, a human rights research group, said: ‘Infantino’s comments were as crass as they were clumsy and suggest the FIFA president is getting his talking points direct from the Qatari authorities.’