Showcase Cup Day meeting, with track Soft 5/6 and rail true, so should gradually trend towards the middle. 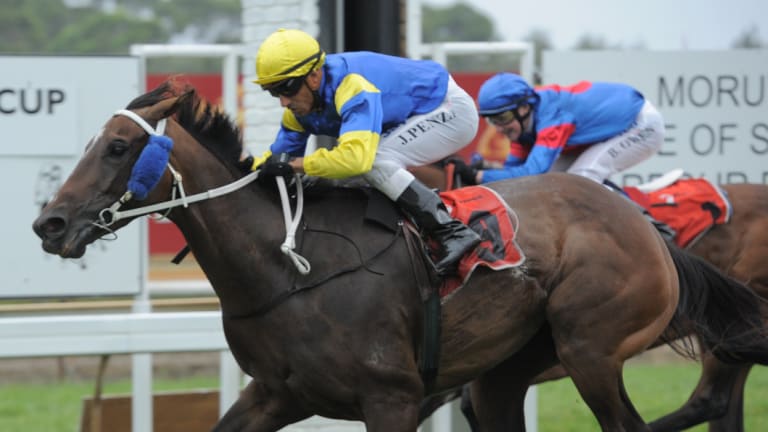 Play it again Sam for local mare 2. Exceed The Night after winning this track, trip and in similar ground just before Christmas. Sits on the speed for leading trainer/rider duo.
Dangers: Doubt there are any, but Canberra mare 1. Revitup Rednut will be finishing hard back in trip off a little freshen-up, while local mare 3. Denesc loomed up last start in a class 1 this track and if she can stay somewhere in touch early should be charging late into the money.
How to play it: Exceed The Night to win

Like local mare 9. Tipta Josie fourth-up which was well supported in a strong maiden last start and hit the line hard from a mile back. Powerful off-speed type suited by the extra journey.
Dangers: Big watch on Goulburn filly 11. Indiana Star which was OK on debut at home, but expected to improve for strong stable. Another local 4. Clergyman also found the line nicely, and should improve again up in trip and from good draw third-up. Goulburn-trained 3. Clearly Now let punters down last start at Canberra, but better suited with a little more give in the track. Two previous efforts were OK and extra trip suits. Kembla-trained 2. Noble House was good at home last start, while big respect for Kembla visitor 6. Storm Attack which was unwanted in betting at Goulburn but still finished off like this trip will be made to order third-up.
How to play it: Tipta Josie to win; quinella 9 and 11 and box first four 2-3-4-6-9-11

Tough and competitive race, but locally-trained 2. Ethanicity gets his chance to win again from a good barrier. Was well backed and not beaten far behind smart mare Elegant Ellen who then ran a brave second in a stronger Randwick Highway on Saturday. Two starts back powered home at the Sapphire Coast under more weight and the winner has since saluted again at Canberra.
Dangers: Local mare 6. No Doubt Ma'am was good first-up in C2 this track behind Elegant Ellen, while three-year-old Braidwood filly 7. Run Like A Rebel won her maiden two runs back and then just missed in a BM58 this track. Gets the inside draw.
How to play it: Ethanicity to win

Open and tough race. Expecting big improvement second-up from three-year-old local filly 10. Sarzana which was a little flat fresh chasing home Exceed The Night, but the form line should hold up from race one.
Dangers: Topweight 1. Shady Diamond resumes in a suitable race for underrated stable and was impressive on debut in September when finishing hard at Queanbeyan, while big watch on Canberra-trained three-year-old 3. Francisco Pizaro which is first-up after a nice debut at Wagga in August and another Canberra galloper, 5. Farage, will improve second-up after a fair debut this track.
How to play it: Box exacta 1-3-10

Several chances, but warming to Queanbeyan raider 5. Tag And Release which was very good last start in a Saturday Highway at Warwick Farm behind smart galloper Moobi, and this track and pattern should suit even better. Earlier in the prep won this track and then scored a dominant BM58 win at Queanbeyan from off the speed.
Dangers: Canberra four-year-old 4. Tyres Are Crucial finished off nicely in a BM65 Federal at Canberra and looks well placed back to this trip and from a good gatewhile both Kembla-trained 3. First Courrier, which hit the line hard in a CL3 at Goulburn last start, and Warwick Farm mare 6. Ardanza, which will appreciate the drop in class and trip, should be included in exotics.
How to play it: Tag And Release each-way and box trifecta 3-4-5-6

Feature sprint looks ideal for Nowra mare 2. Leami Astray who just missed in the Christmas Flying this track after being heavily backed. Better suited this trip and boasts superior metro form.
Dangers: Goulburn-trained 5. Tiger By The Tale will need plenty of speed on to get over the top, but form in stronger races is sound and this isn't overloaded with depth while Kembla-trained 1. Count Dekroner went for a bath in the market fresh, but still won the Xmas Flying. Goes up significantly in weight.
How to play it: Leami Astray to win

Very keen third-up on Randwick-trained 4. Cuba. Hit the line nicely at Wyong last start behind the flying Fuchu, and looks beautifully placed at the weights here.
Dangers: Local 6. Animalia returned with a strong win at Canberra, and looks a big threat here at the weights. Queanbeyan-trained 2. Cliff came back a long way in trip from the Queanbeyan Cup to the Christmas Cup here and was even to the line. Extra distance and a little weight relief both in his favour while Canberra-trained 5. Appoint Percy has been very consistent of late, including a close second in a strong Mudgee Cup and brave from the front in a BM70 at Randwick. Will come over from a wide gate and aim to control the race.
How to play it: Cuba to win and quinella 4 and 6

Canberra-trained three-year-old 4. Acton Shale was terrific on Christmas Eve at Wagga with a dominant maiden win from the front, and has come back a much stronger galloper. Extra journey shouldn’t be a worry, and will appreciate the sting out of the ground.
Dangers: Another Canberra visitor 2. Balonne finished hard under a big weight in a BM55 at home and the second horse has since won. Has plenty of ability, but inside draw late in the day on this track some concern.
How to play it: Acton Shale to win and quinella 2 and 4