Racing NSW chief executive Peter V’landys launched another multi-million dollar strike at the heart of  Melbourne’s Spring Carnival and promised there was more to come in his mission to   reinvigorate racing and find its next generation.

Following on the success of The Everest, which will be run for $14 million in its third edition in 2019, Racing NSW chairman Russel Balding announced on Wednesday a $7.5 million race for four-year-olds called the Golden Eagle to be run at Rosehill over 1500m on November 2 – Victoria Derby Day. 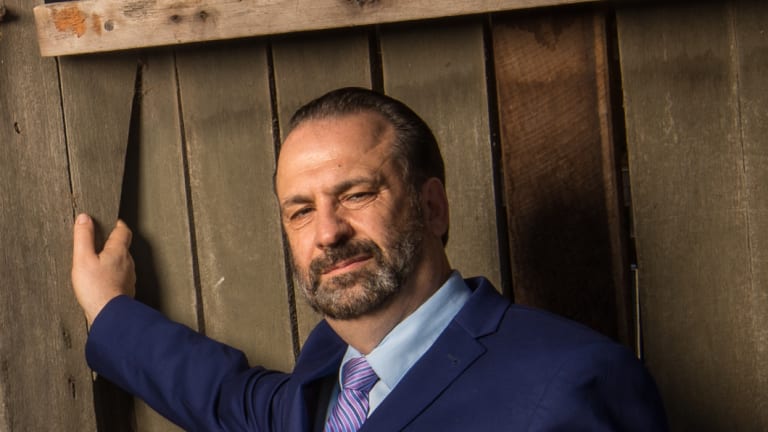 Racing NSW also added The Bondi Stakes  – a  $1 million race for three-year-olds over the Randwick mile on Cox Plate day – and increased the Golden Gift (1100m) for two-year-olds to a $1 million and moved it to the final day of Flemington carnival. The races are the  Saturdays either side of the Golden Eagle.

“Absolutely, there will be more. We are not stopping with the Golden Eagle,” V’landys said. “Anyone that sits there and does nothing will be unsuccessful in the future.

“The problem with sports administrators is that they look at a two to three year window; I’m looking at a 20-year window to bring through the next generation of racing fans.

“We have seen with The Everest the effect that young people can have on racing, and this race will continue in that model.

"We will not be confined by tradition. This is new and exciting for the sport.”

The race will funded by a new revenue stream for racing that also paid for the Million Dollar Chase for  greyhounds in October  and a $1 million harness event that has yet to be announced.

Racing NSW's exclusivity agreement with Tabcorp means it is the likely partner, and there was a hint of this in the  signage at the launch, which carried a TAB banner.

V'landys said another announcement would be made about how the races will be funded in due course.

Balding and V'landys made it clear the new races were about keeping the best horses in Sydney for as long as possible during the spring.

The Golden Eagle will have a heart – 10 per cent of the prizemoney will go to charity.

The name  continues the Golden brand associated with Rosehill and will be the biggest race run at the Parramatta track. There will be  a $5 million Golden Slam bonus for any horse that can win the Golden Slipper at two, Golden Rose at three and Golden Eagle at four.

“I believe there was a gap in Australian racing for four-year-olds. All the astute trainers tell me that a horse is at its peak as a four-year-old,” V’landys said.

“We have two-year-old and three-year-old races but we don’t have a race when the horse is at its best for four-year-olds. It makes this race unique.

“The Golden Slipper has always been the big race. As a little boy, it is what attracted me to racing. This will be that race for the next generation and it will keep them talking about racing.

“We thought it was a great race for Sydney’s west and it fitted in beautifully with the Golden Slam concept.”

Australian Turf Club general manager of racing James Heddo suggested the bonus system would be widened to included a multi-million dollar bonus if a Golden Slipper or Golden Rose winner could with the Golden Eagle.

“We would see the Golden Slam bonus be paid if a horse has won the Slipper or Rose and then backs it up in the Golden Eagle,” he said. "We are still working through those details."

ATC vice-chair Julia Ritchie said it was great to take major events to Rosehill, which had been forgotten in the building of the Randwick-based Championships and The Everest.

“It continues our Golden brand at Rosehill and these race give owners another couple of races to dream about,” she said.

Even Gerrit Cole is in awe of the Yankees’ potential

Horse racing – Goodwood: Bet £10 on first race and get £70 in free bets on ALL remaining races on day 1