RAHEEM STERLING escaped a red card after a horror tackle on Dele Alli – much to the disbelief of Tottenham manager Jose Mourinho.

Manchester City forward Sterling went in with his studs up and caught his England team-mate Alli on the shin. 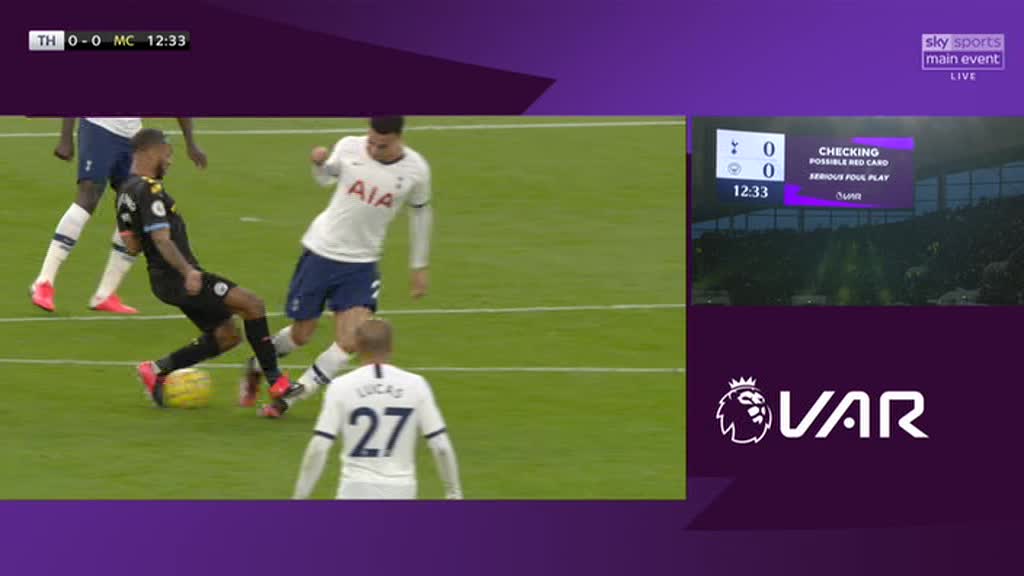 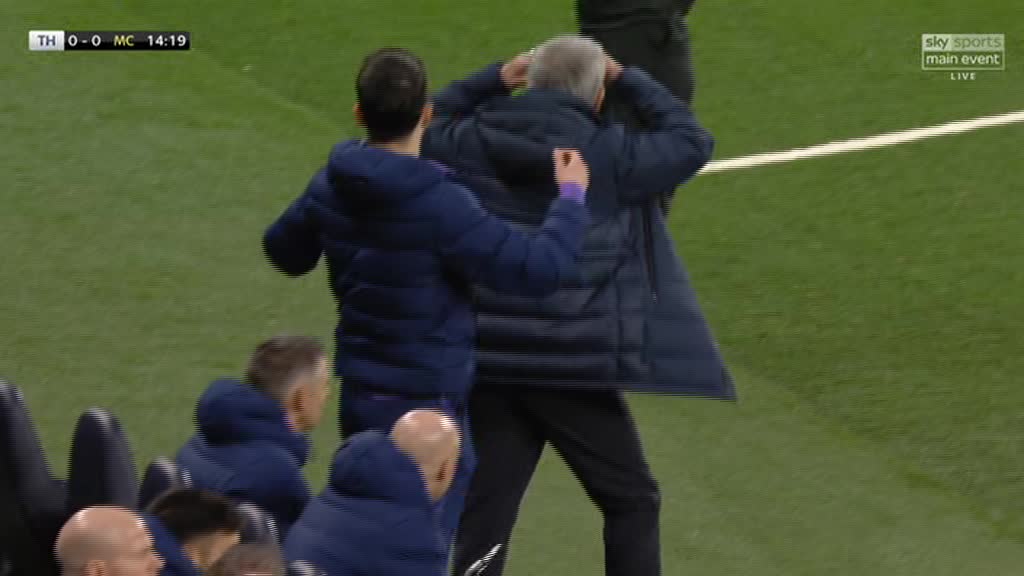 The tackle went to VAR and despite the nature of the late challenge, Sterling was only shown yellow.

Spurs boss Mourinho watched the foul back in the dugout and was in shock as officials deemed it not dangerous play.

Sterling was quick to apologise to Alli – who was left wincing in pain.

Arsenal captain Pierre-Emerick Aubameyang was sent off for a similar tackle against Crystal Palace last month after initially only receiving yellow.

Fans online slammed the lack of consistency after Sterling escaped an early sending off.

One said: "Red all day. Same as Aubamayang vs Palace, right on the ankle."

Another said: "No difference in that and Aubameyang’a red against Palace. No consistency."

Amazingly, that was not the most contentious VAR decision of the game after Serge Aurier took down Sergio Aguero in the box.

But ref Mike Dean waved the game on before the decision was overruled TWO MINUTES after the incident.

Ilkay Gundogan went on to have his spot-kick saved only for Sterling to latch onto the rebound and go to ground as Hugo Lloris also went for the ball.

But this time no penalty was rewarded – and it stayed that way.

A Timeline of Colin Kaepernick vs. the N.F.L.