WHEN boxing legends do holidays, they look a little bit like this. 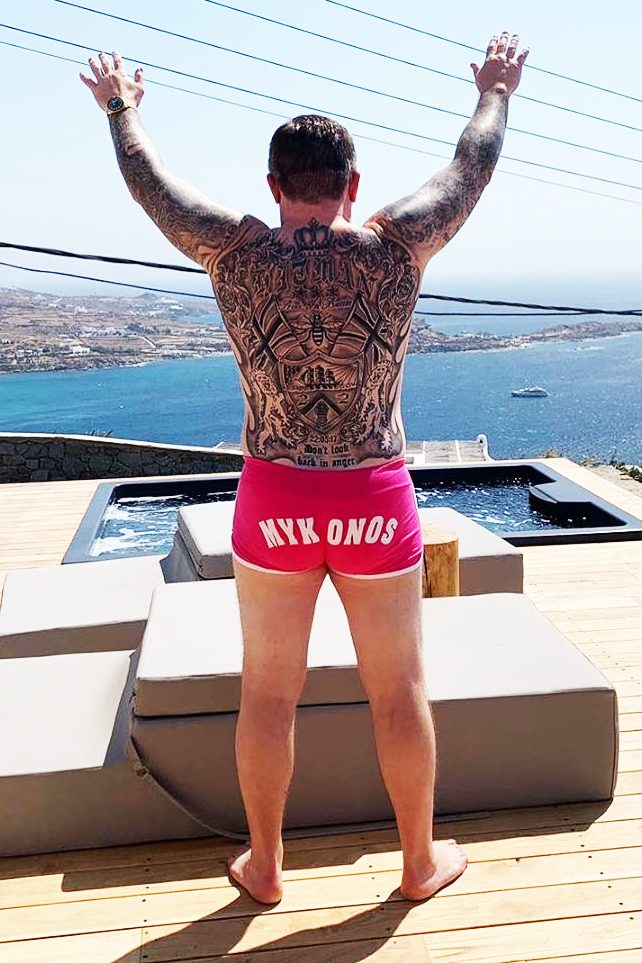 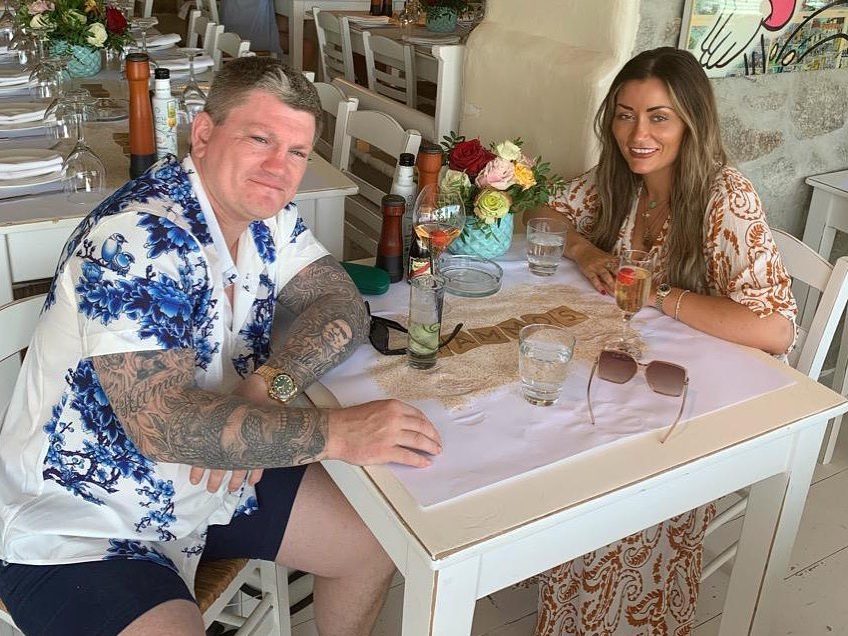 And the 'Hitman', who is reportedly worth £31m, was happy to part with some serious cash – in what he described a 'f****** expensive' holiday – to wine and dine ex-girlfriend Charlie (He cruelly nicknamed The Fun Police) on the stunning Greek island.

From chowing down on £820 steaks to staying at a £350-per-night luxury villa, no expense was spared.

And he even got away with comparing his missus to Robocop… maybe that's why they broke up?

Most of the properties come with a terrace and a sea view, while guests can take advantage of barbecuing facilities too.

With the airport only three miles away, and AGL Luxury Villas being close to the centre, it's the perfect spot to see the island in all its glory.

But staying here doesn't come cheap. Prices to live like a king start at around £350-per-night. 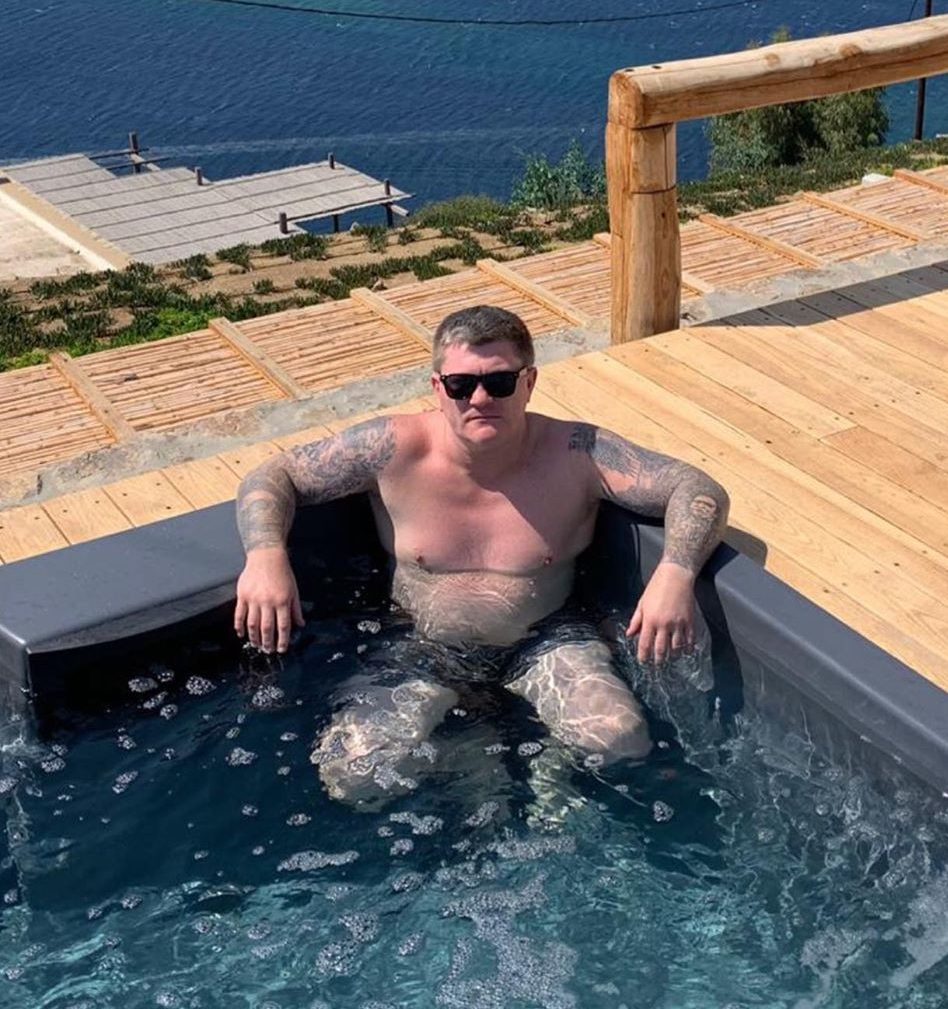 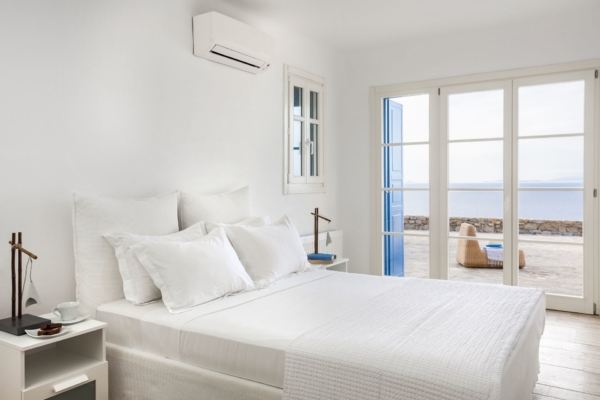 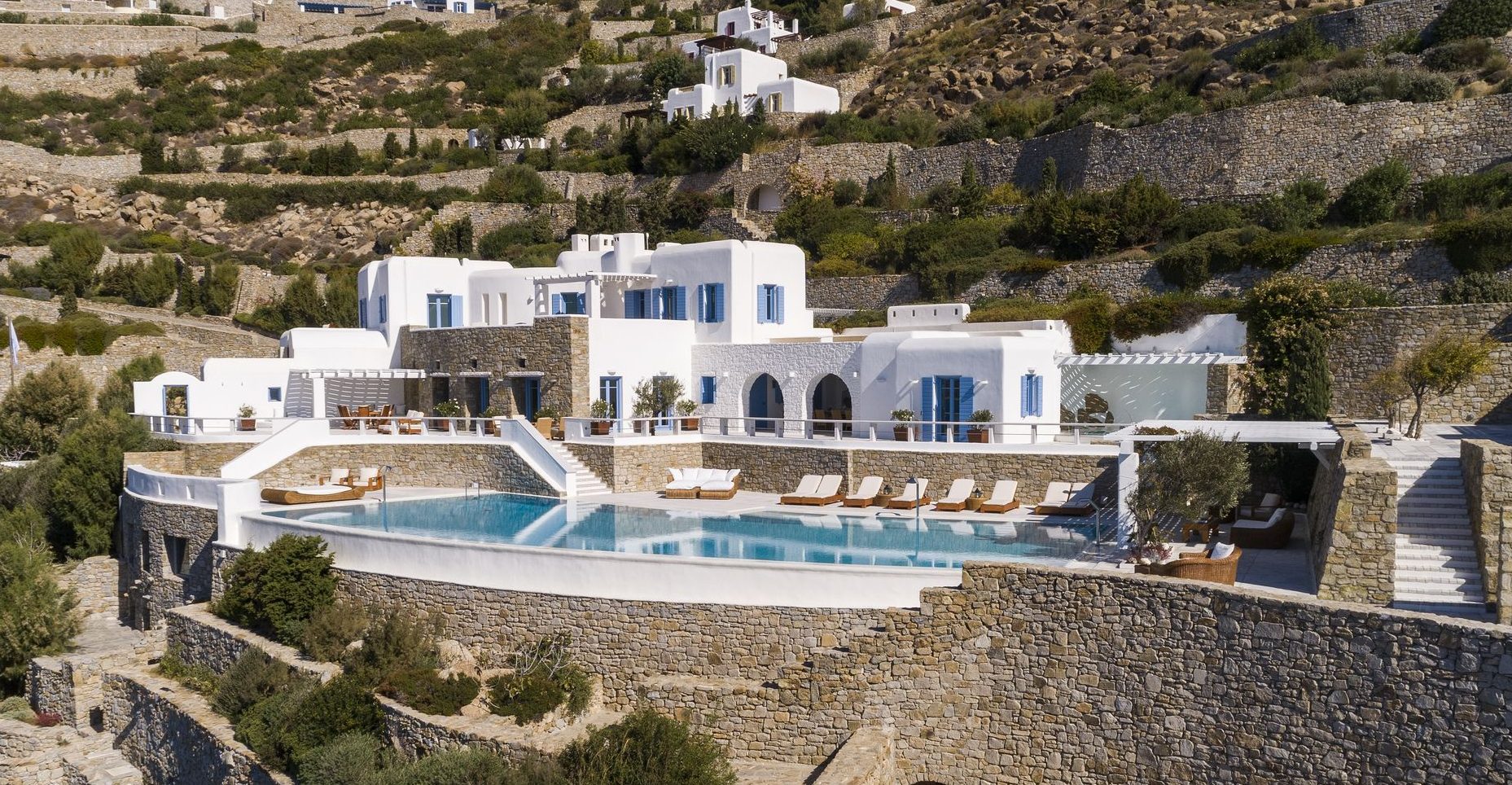 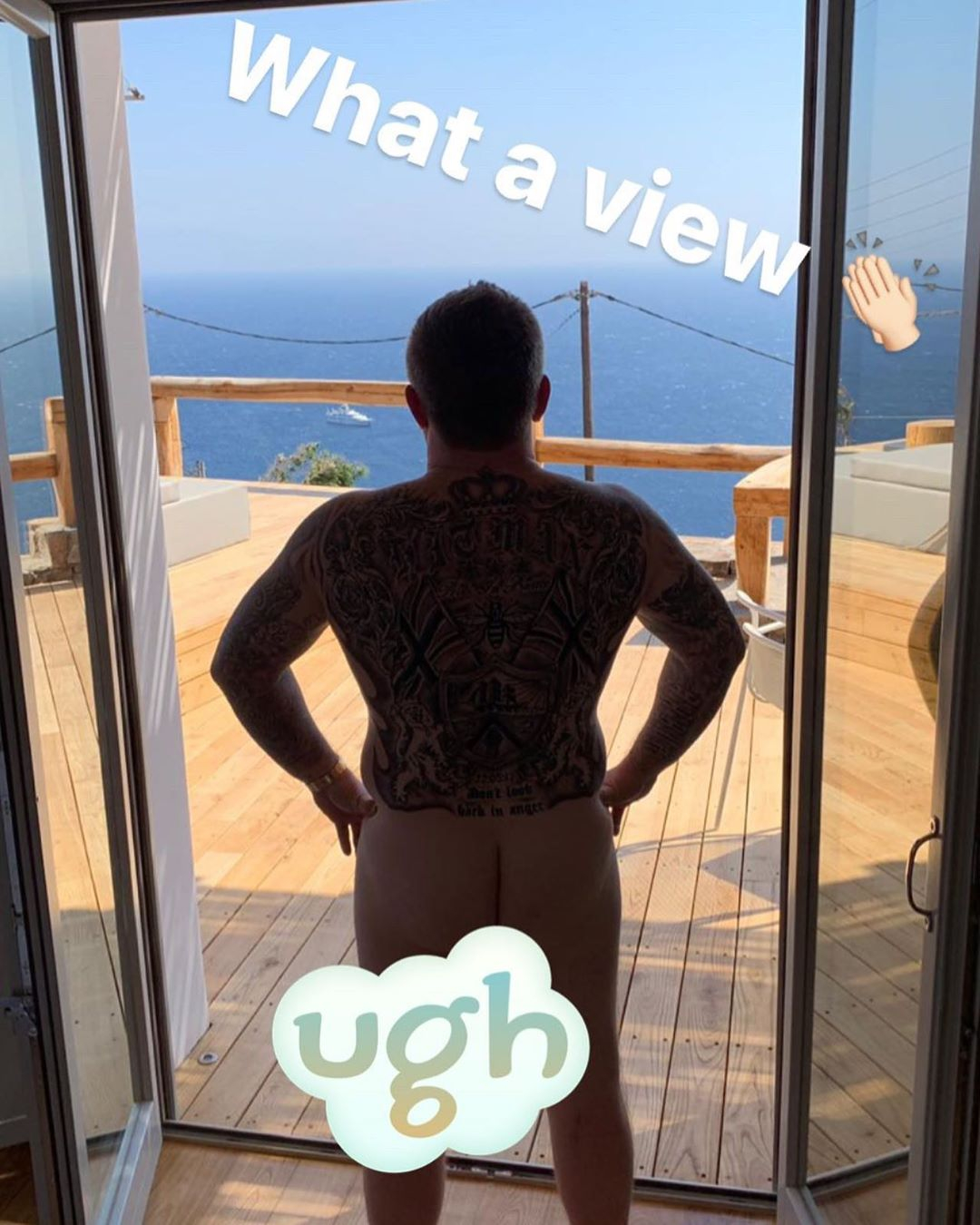 It's no secret the former boxing champ loves his food – often eating out at the finest eateries.

In Mykonos he really pushed out the boat, polishing off grub at flashy restaurants like meat-eaters spots Nammos and Scorpios, and chomping on healthy sushi at Tokyo Joe's.

It was the morning after dining at Nammos though that Hatton admitted waking up in a "puddle of f****** tears" when he discovered his restaurant bill.

Managing to rack up a charge of £1,750 for a meal-for-two, that included a bottle of champagne for £450, as well as a bottle of prosecco for £120, he could've been left with an awful hangover.

But Hatton made sure his stomach was lined with a hearty kobe ribeye steak that set him back £820.

Afterwards, he posted before and after snaps of him demolishing his dinner, as well as a snap of his huge bill.

"Just woke up this morning in a puddle of f****** tears," he captioned the picture. 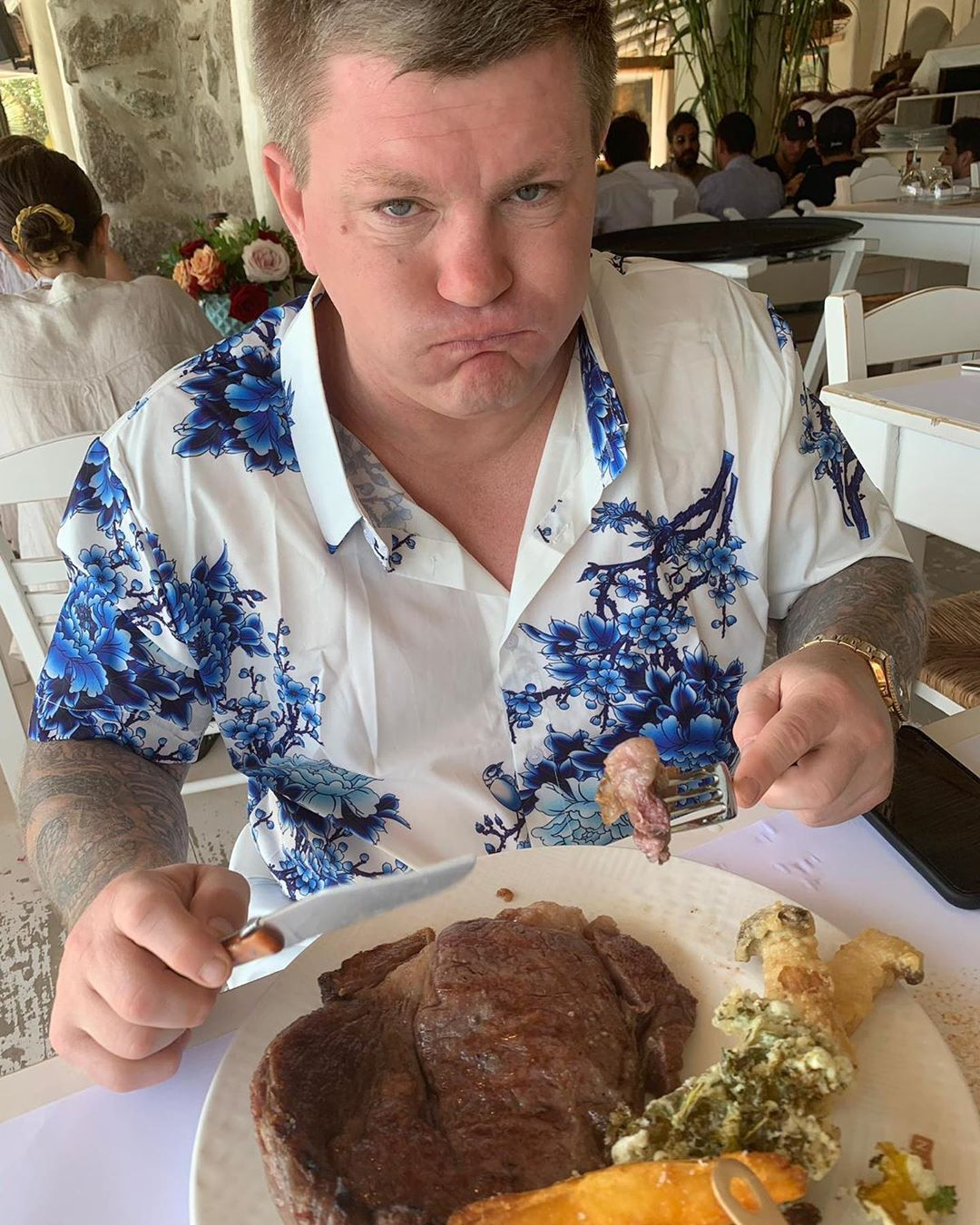 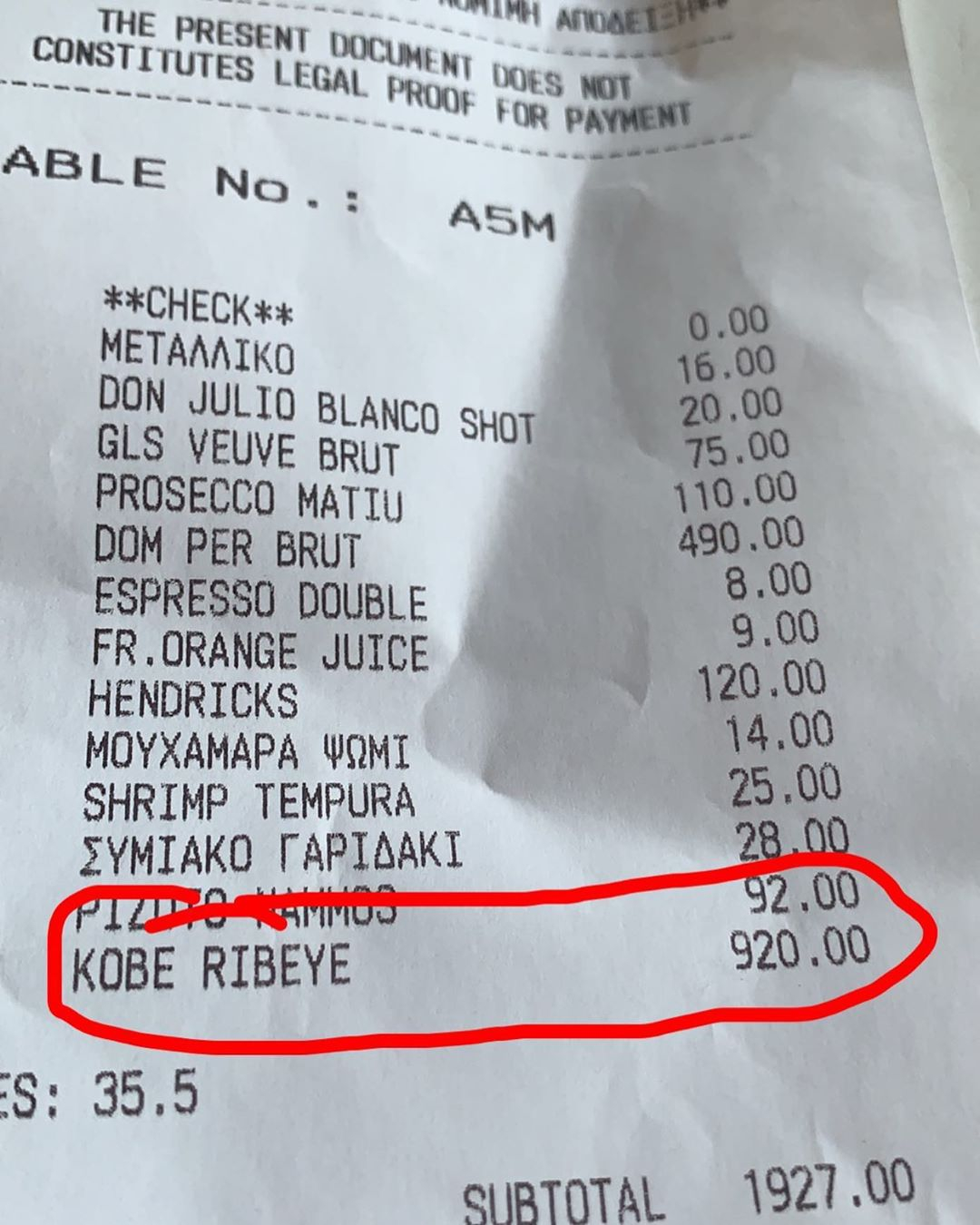 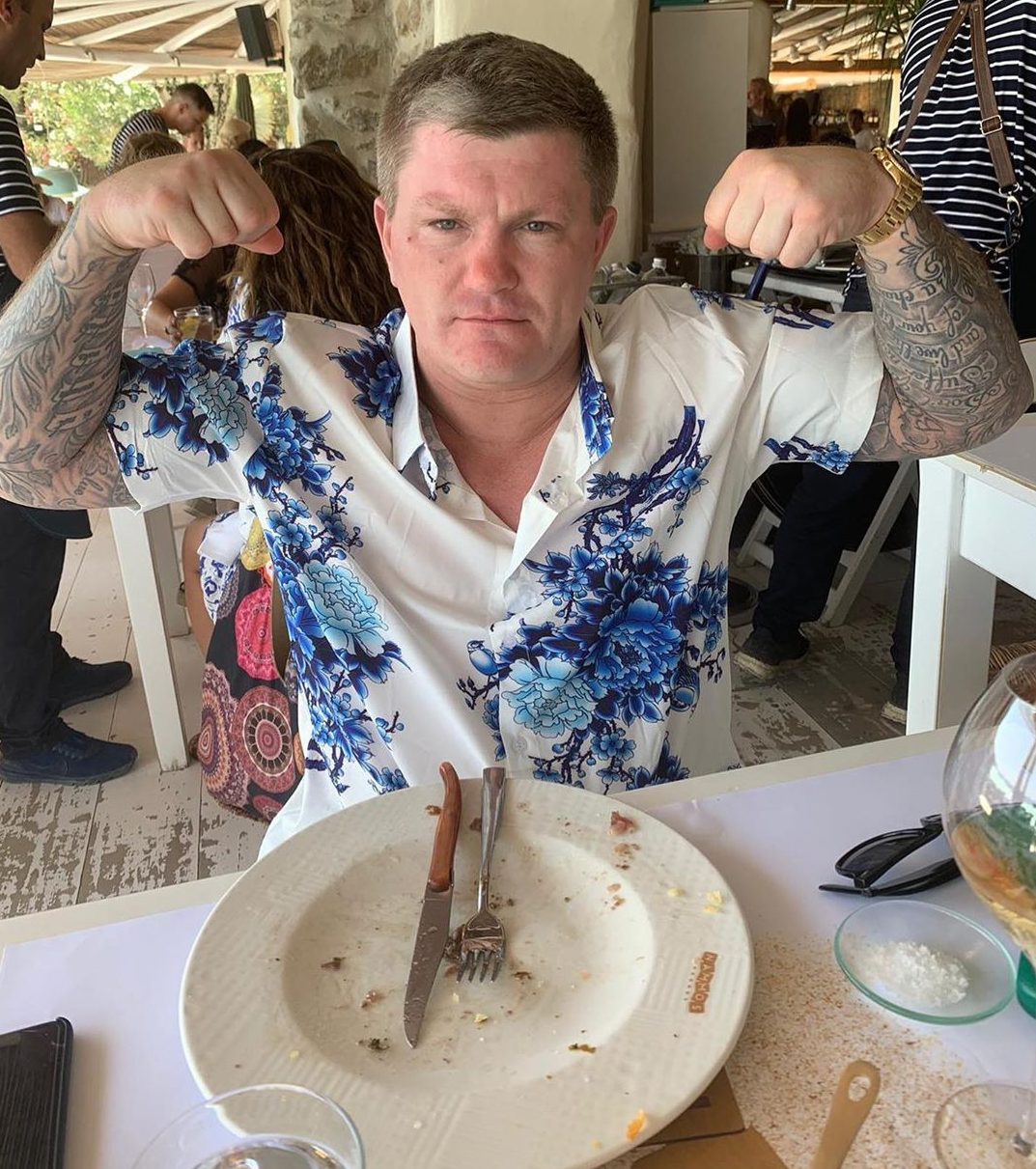 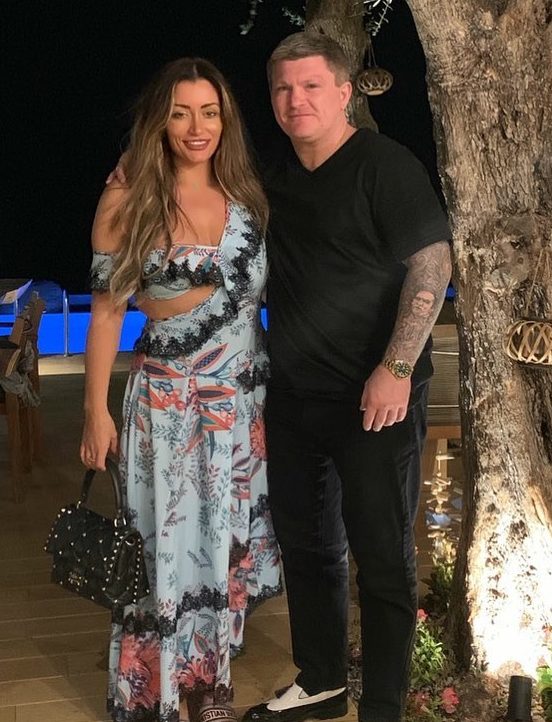 When you try to work out whether it’s too late for coffee or too early for cocktails ☀️?? #180mykonos #mykonos #sunsebar #cocktailbar #repost @frostfreckles ・・・

When you try to work out whether it’s too late for coffee or too early for cocktails ☀️?? #180mykonos #mykonos #sunsebar #cocktailbar #repost @frostfreckles ・・・

Before he landed in Mykonos, Hatton was in Tenerife on holiday with estranged parents Ray and Carol and was caught on video stumbling around an Irish pub.

The former light-welterweight and welterweight world champion flashed his belly and danced along to Lionel Richie's 1983 hit All Night Long during the festivities.

However, on this trip with The Fun Police, he was a little bit more reserved, aside from that whopping Nammos bar bill that also included around £120-worth of Hendricks gin.

But they did enjoy a cocktail at the 180 Degrees Sunset Bar, that offers unparalleled views of the island when the sun goes down. 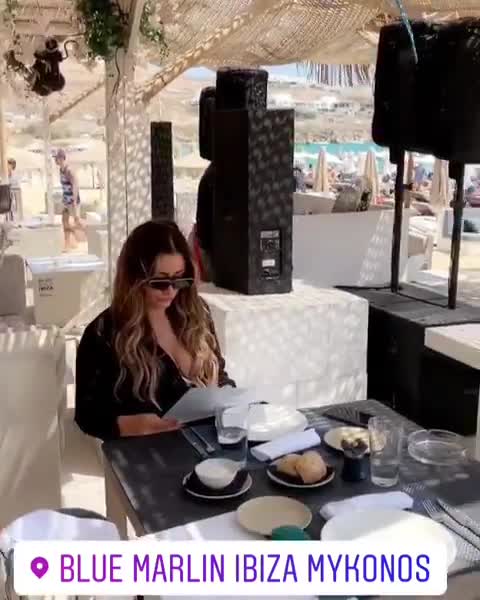 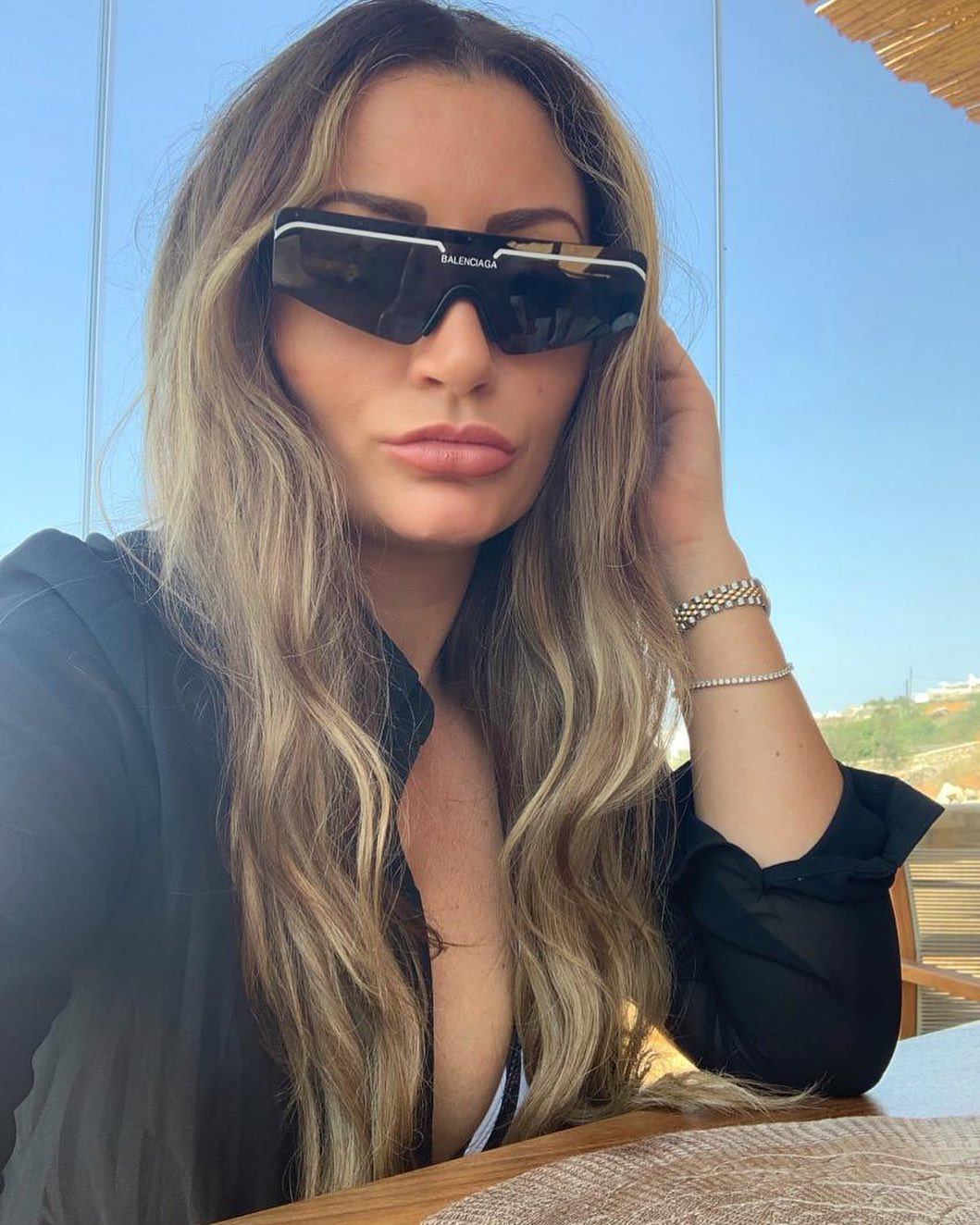 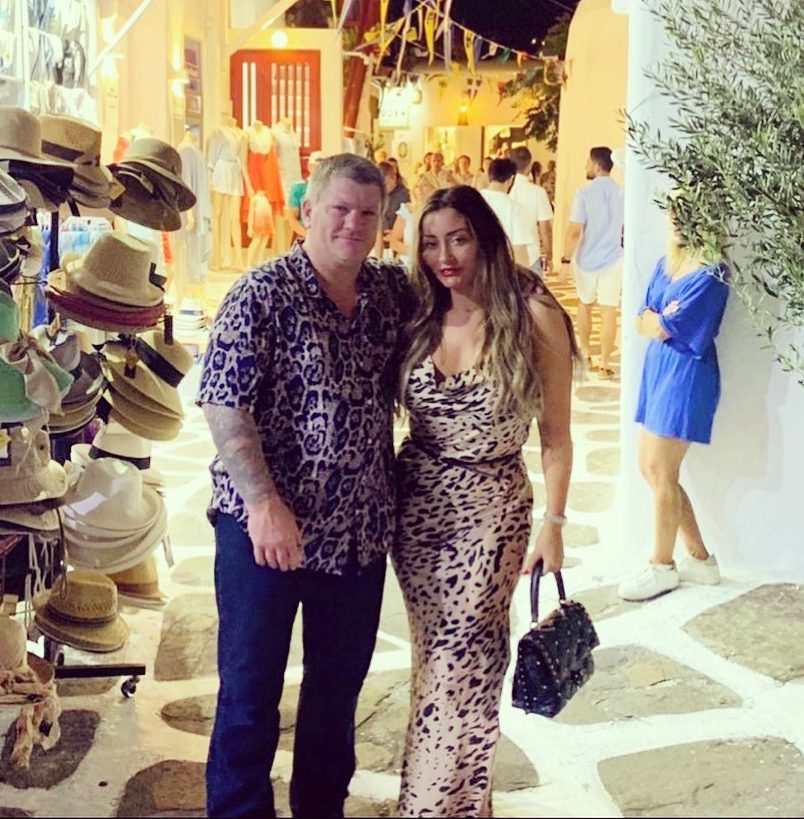 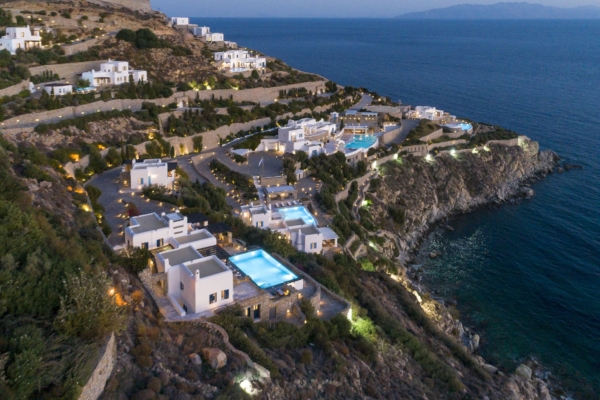 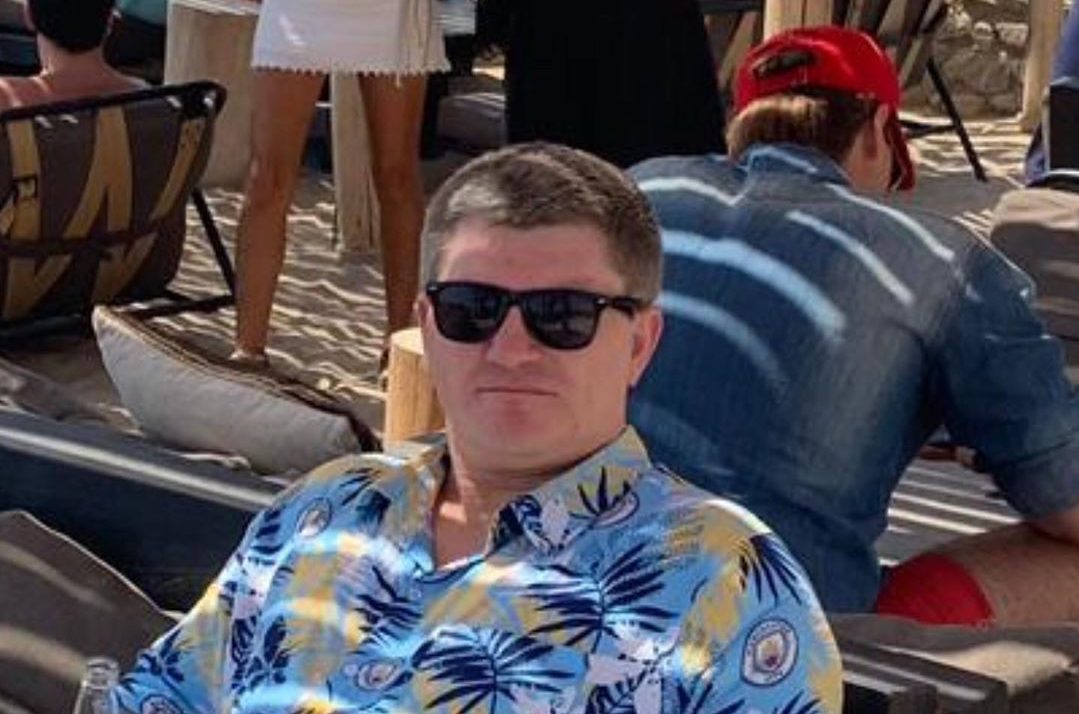 Hatton did get himself into bother with former girlfriend Charlie after he took a snap of her wearing some designer shades and compared her to Robocop on Instagram.

But she saw the funny side, replying to his banter on Instagram writing: "??? I new you would take the p*ss out of them!! Set myself up for that one ? xx"

Hatton did make it up to Charlie soon after though, whisking her off to Little Venice for a spot of shopping.

With the coronavirus putting pay to many summer holidays this year, you can bet Hatton's wallet will be breathing a sigh of relief.