Home » River Plate midfielder Enzo Perez starts in goal for Covid-hit side, plays on with injury and named MOTM in bonkers win

Amid a coronavirus outbreak at the club that ruled 20 players out of contention for the match, Argentine giants River were forced to improvise for their important Copa Libertadores clash. 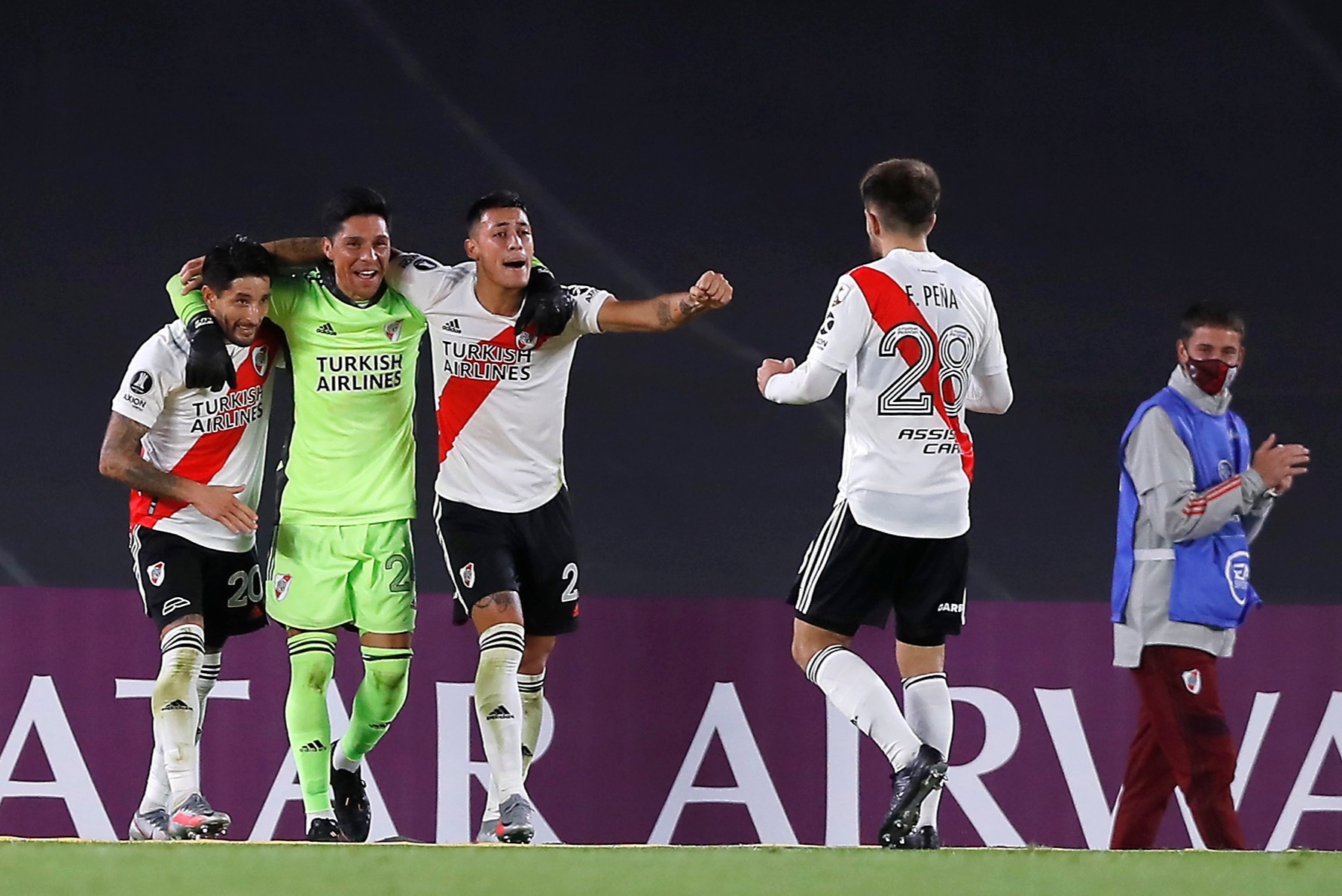 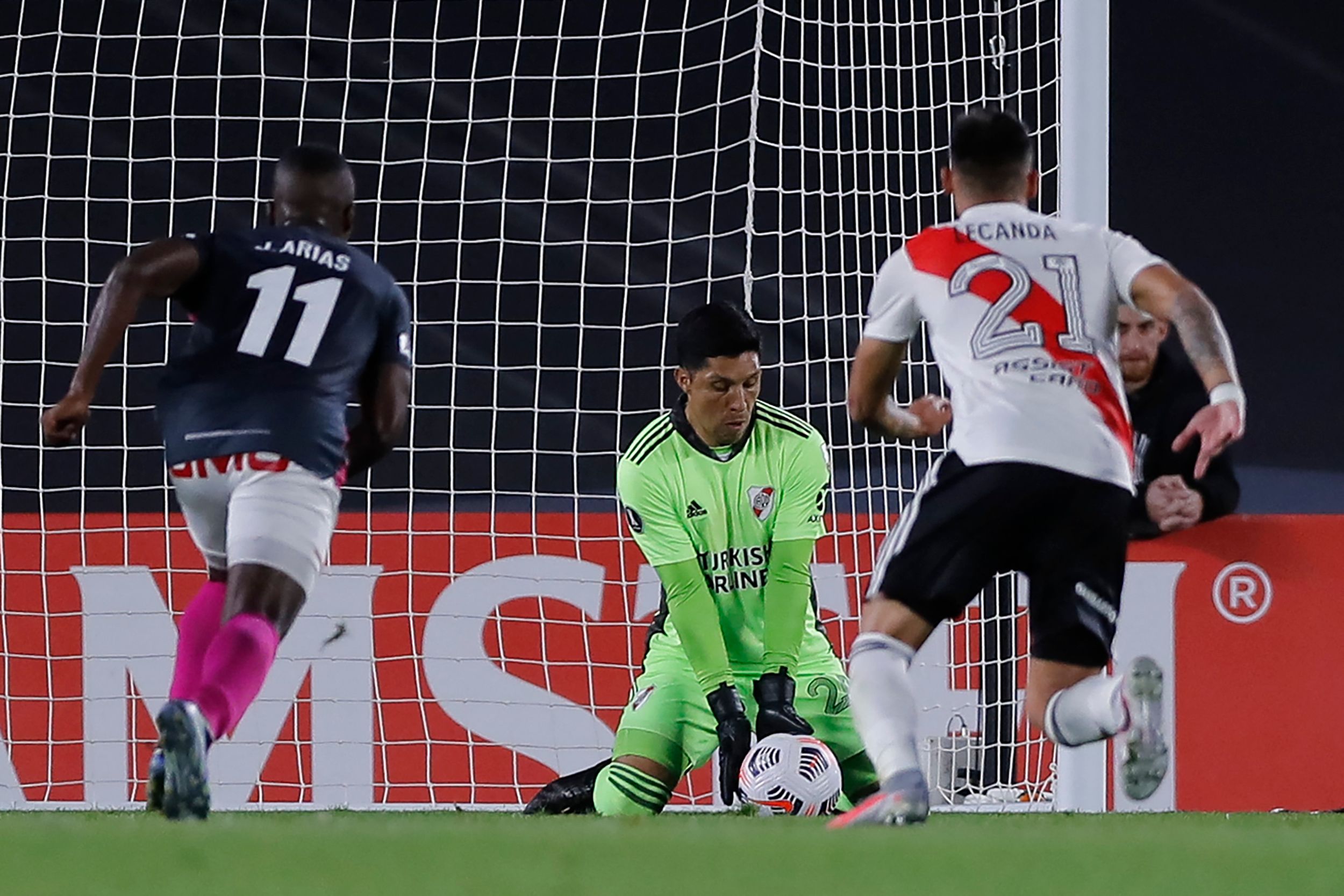 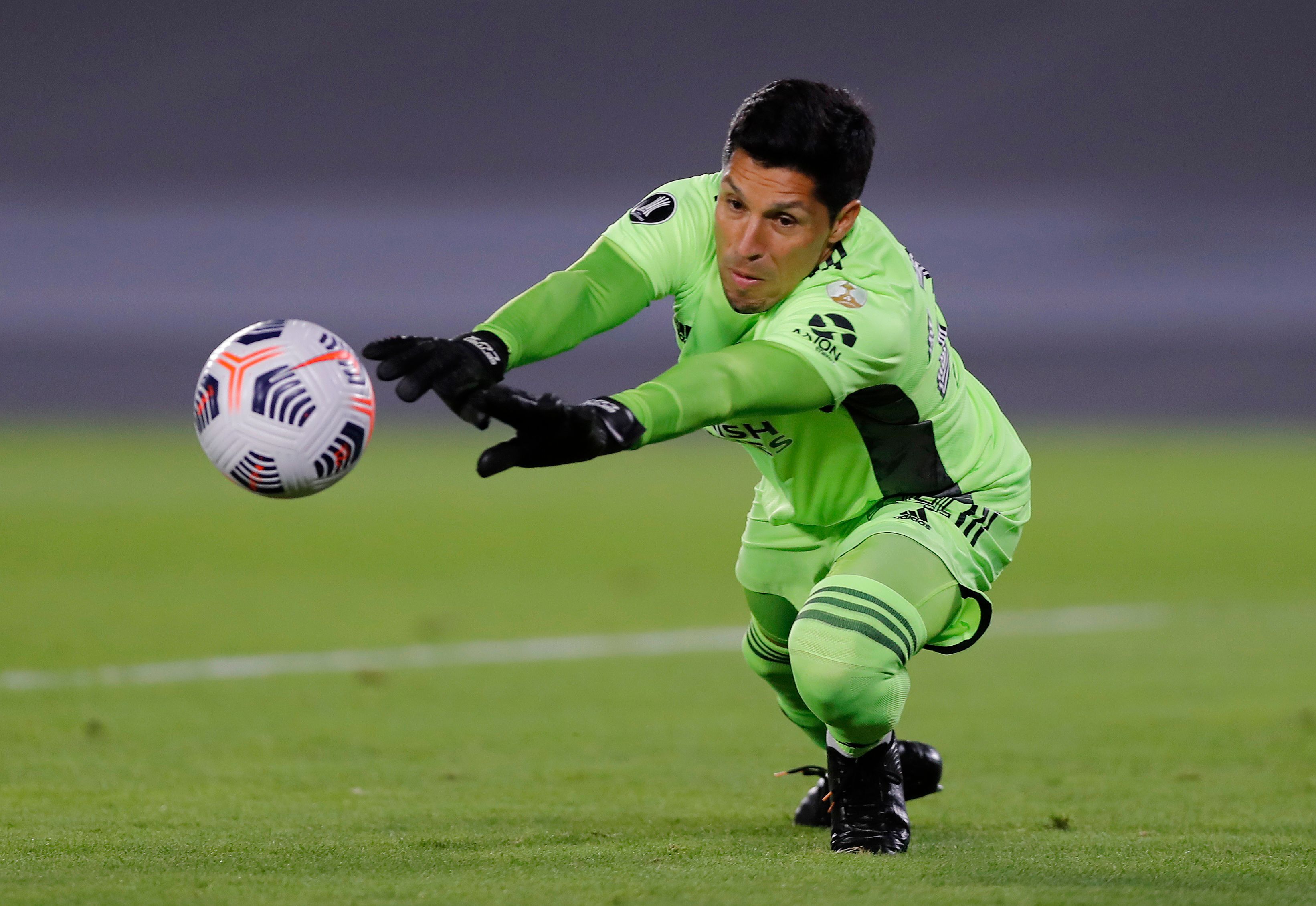 With all four registered goalkeepers unavailable, 21-year-old Leonardo Diaz was handed his debut for the club at the weekend.

But having not been registered by River in their Copa squad, despite rules allowing them to list 50 players for the competition, boss Marcelo Gallardo was without a goalkeeper for last night's game, with only 11 of his stars available in total.

Nursing a hamstring injury, the 35-year-old wouldn't have been able to run around much outfield anyway, so was logically thrown in goal.

And what followed was an extraordinary performance as River dug deep to keep their Copa dreams alive.

Fabrizio Angileri gave them a third minute lead after a dreadful error by Fainer Torijano.

And Julian Alvarez made it a dream start when he doubled the home side's lead just three minutes later.

What followed was a backs against the wall display, as River's back three doggedly protected Perez in goal, who would make his first save in the 25th minute. 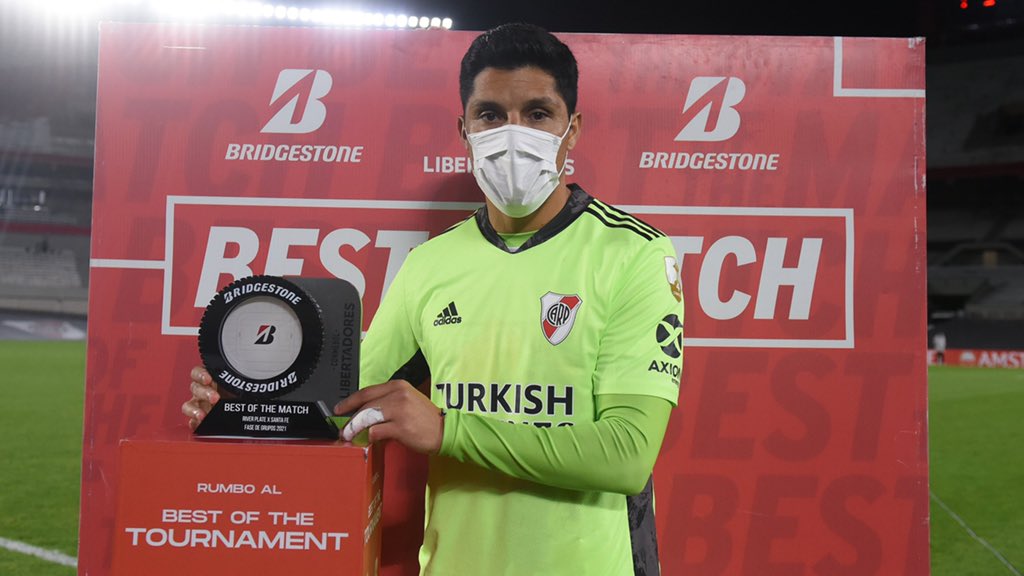 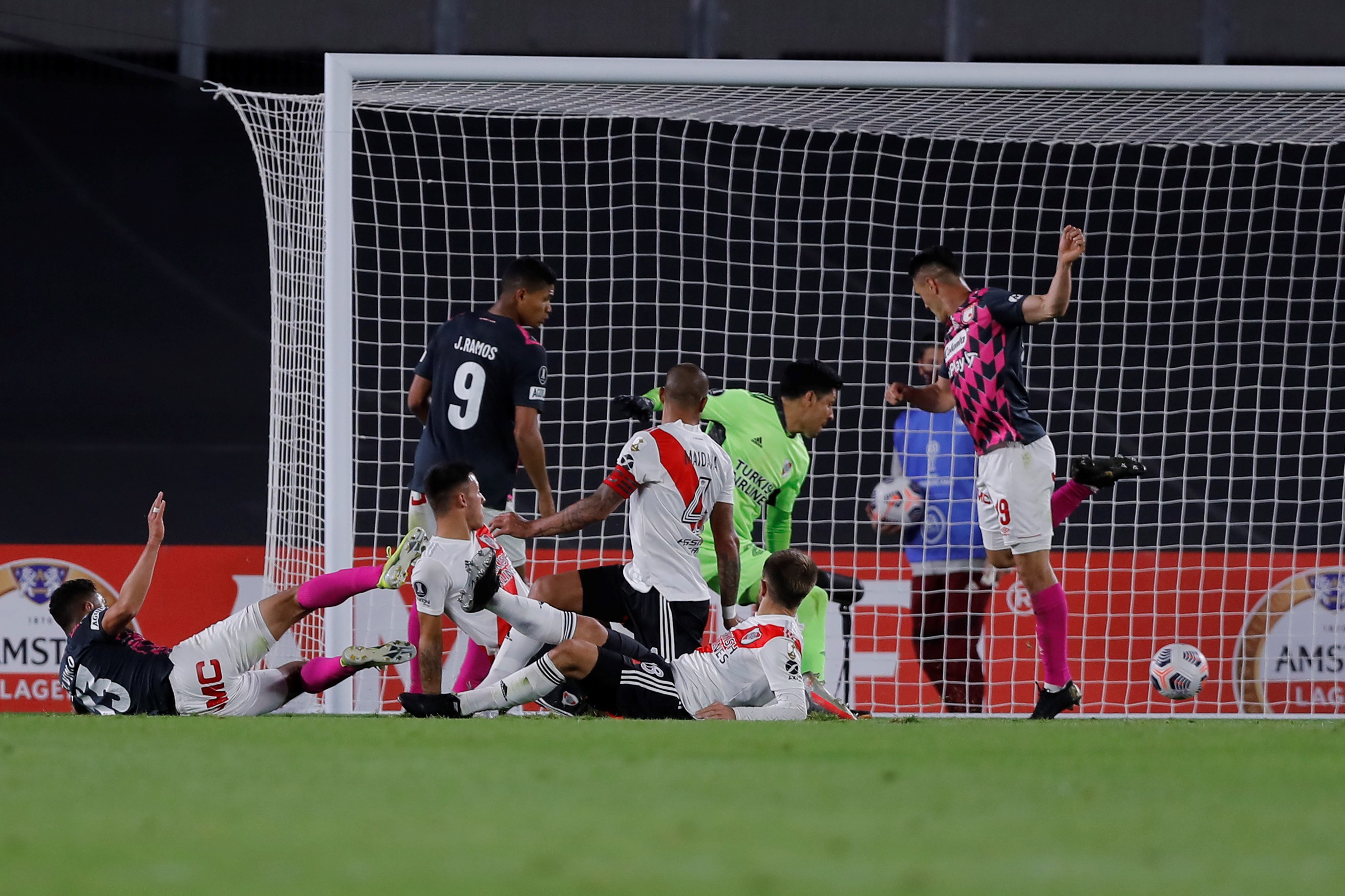 River would go on to have just 30 per cent of the ball, while Santa Fe attempted 22 shots on goal.

But depleted River managed to hold firm until the 73rd minute, when Kelvin Osorio netted an effort that even regular home keeper Franco Armani would likely have struggled with.

The substitute-less River began to tire in the final 20 minutes, but managed to hold on for a priceless lead that puts them top of Group D with just one game remaining. 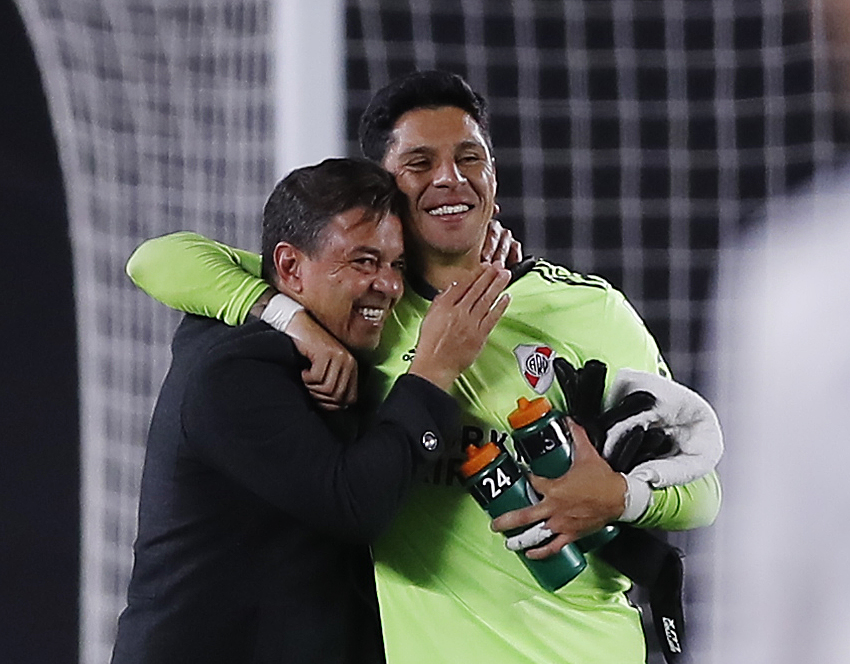 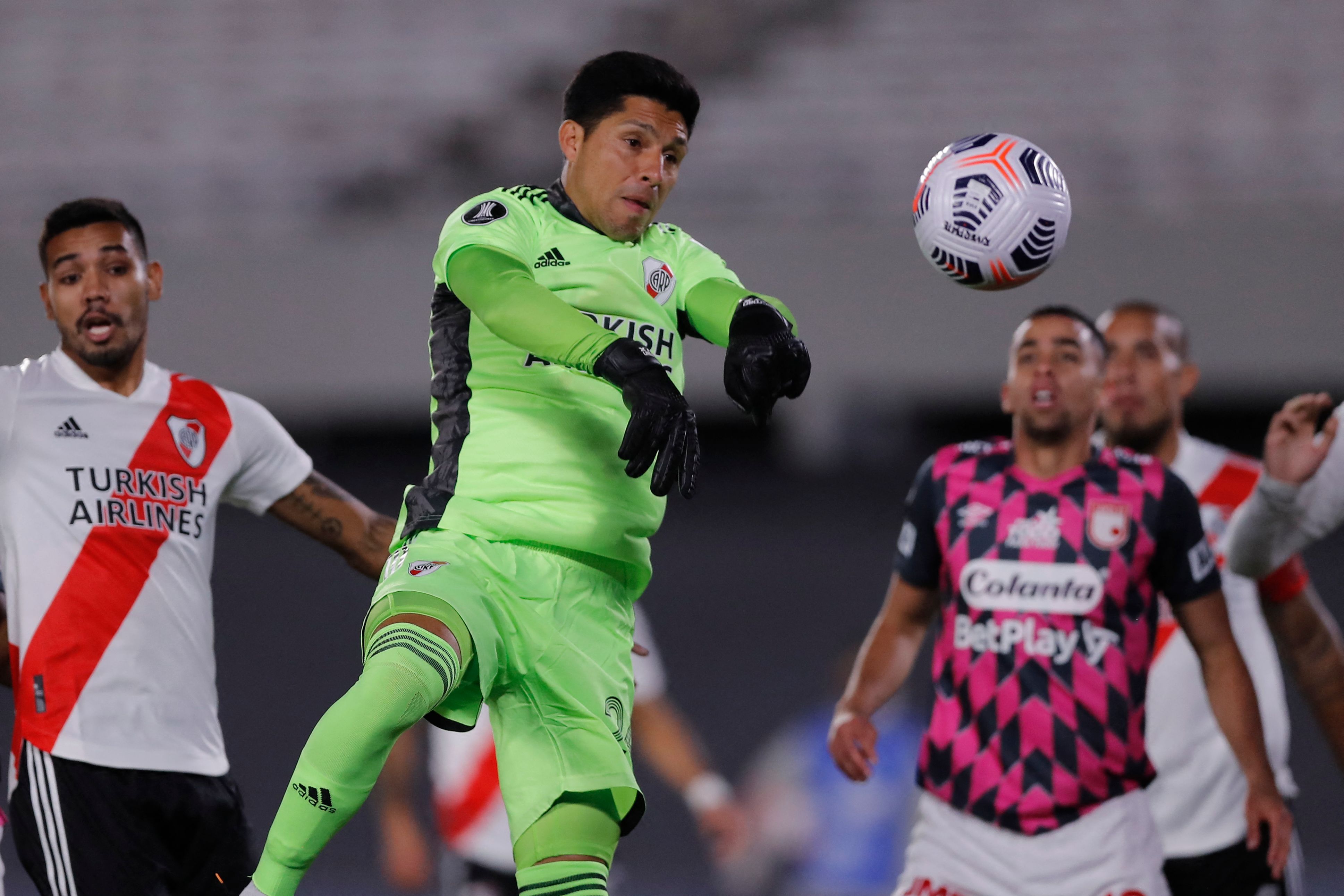 After the game, hero of the hour Perez told ESPN: "My goalkeeper teammates wrote to me, I asked some things too, did some training with the goalkeeping coach and he gave me some advice.

"With all the adrenaline I had I got a little lost and I always used the penalty spot as a reference.

"To speak about the match has no sense because of what we have lived in this time and what we suffered with Covid-19."

Off The Court: Serena Guthrie on importance of time out and England’s opportunity in 2022