WHILE Ian Wright and Gary Neville celebrated wildly during England's win over Senegal, Roy Keane did not.

Instead the Irishman was captured quietly jotting down notes while his fellow ITV pundits went mad in the studio. 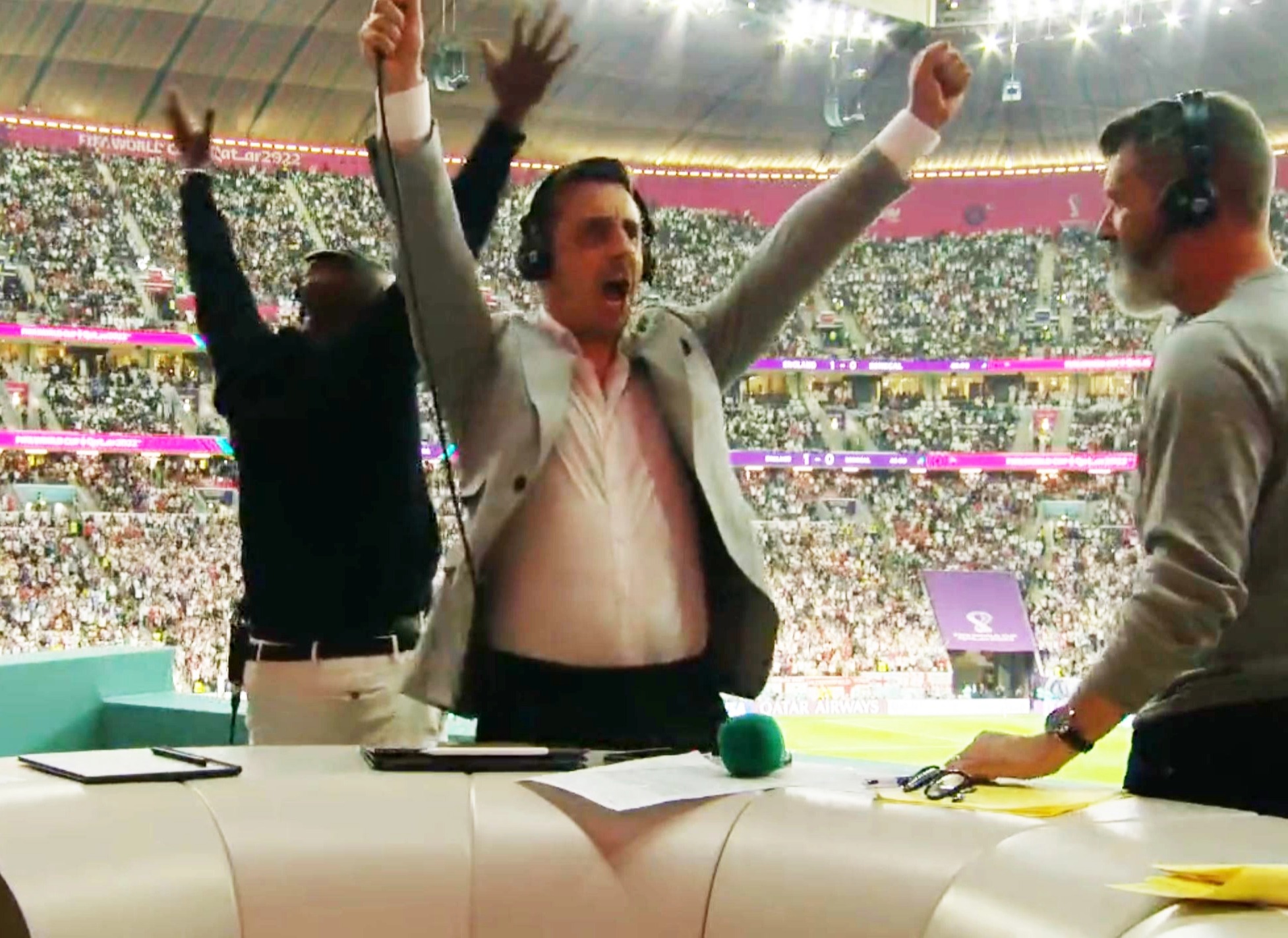 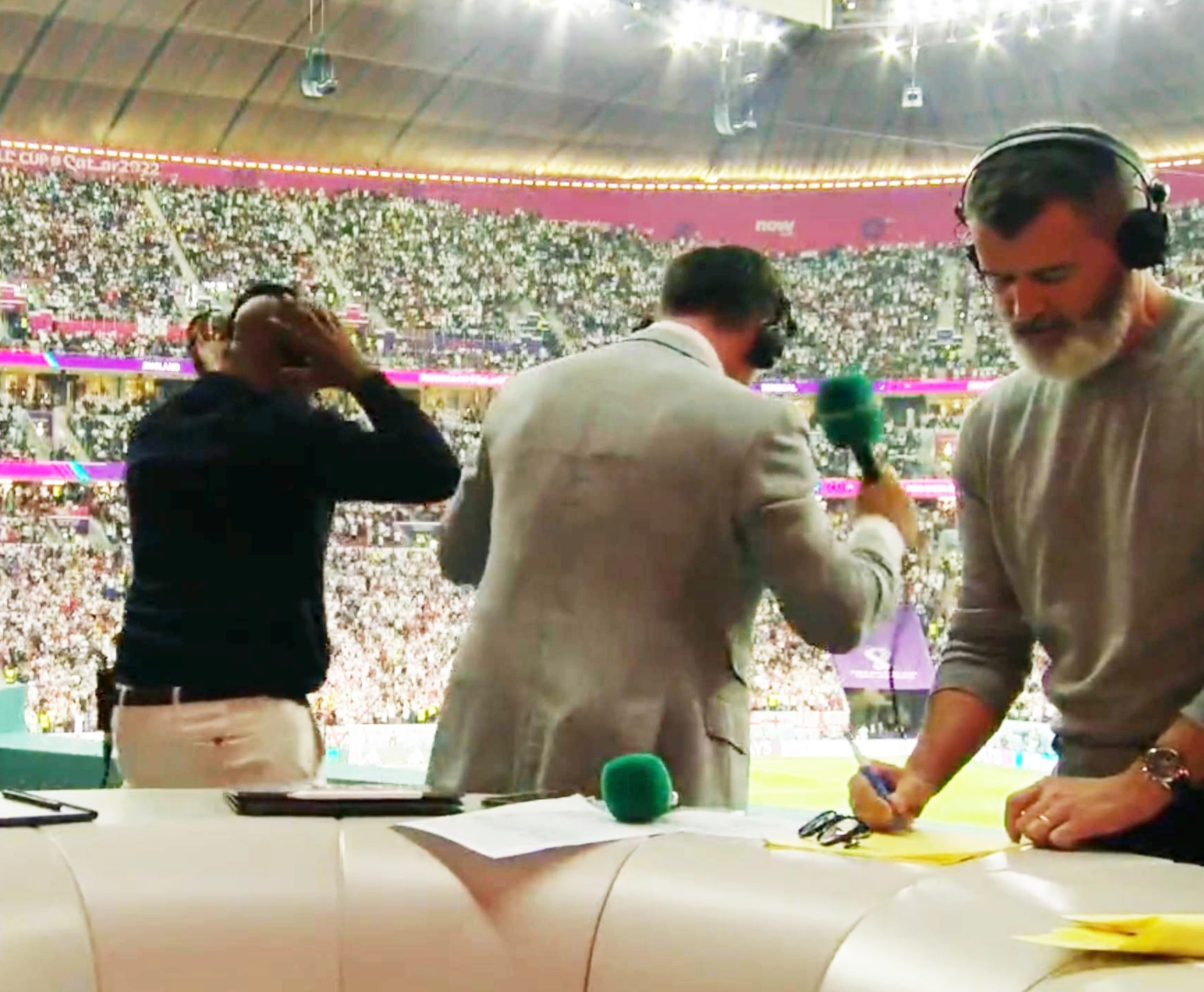 The Three Lions eased into the World Cup quarter-finals with a 3-0 win against the African champions.

Goals from Jordan Henderson, Harry Kane and Bukayo Saka set up a quarter-final meeting with France on Saturday.

It's not clear which of those goals resulted in Manchester United legend Keane turning to his note-pad to avoid getting caught up in the celebrations.

But the 67-cap Ireland midfielder didn't crack a smile as Wright and Neville lost their minds alongside him.

England to play France in quarter-finals, armed raid at Sterling’s home in UK

Instead, footage posted to Wright's Twitter shows Keane cleverly turning away to jot down notes on his pad in order to avoid the party.

Never usually one for wild celebrations, proud Irishman Keane was always unlikely to be overjoyed by a goal scored by rivals England.

And fans watching on TV were left in hysterics by his reaction.

One wrote on Twitter: "I love the momentary glance at the others."

Another said: "Who else wants to know what he wrote?"

And a third added: "Keane is good TV."

It's unknown what Keane did wrote down while Wright and Neville celebrated wildly, but much of the studio discussion concerned midfield superstar Jude Bellingham.

The 19-year-old set up Henderson for the first goal and played a major role in Kane's second.

Speaking on Bellingham, Keane gushed: "I’ve not seen a young midfielder play like that for years, normally you see one 26, 27.

"Everything in the game, we talk about what goes on in his brain, he’s like a man, that maturity, what’s going on upstairs is huge for a midfielder, decision-making, final pass.

"The kid has everything."