But the racing far from slows down and once again we'll try and find you some winners through Thursday's action. 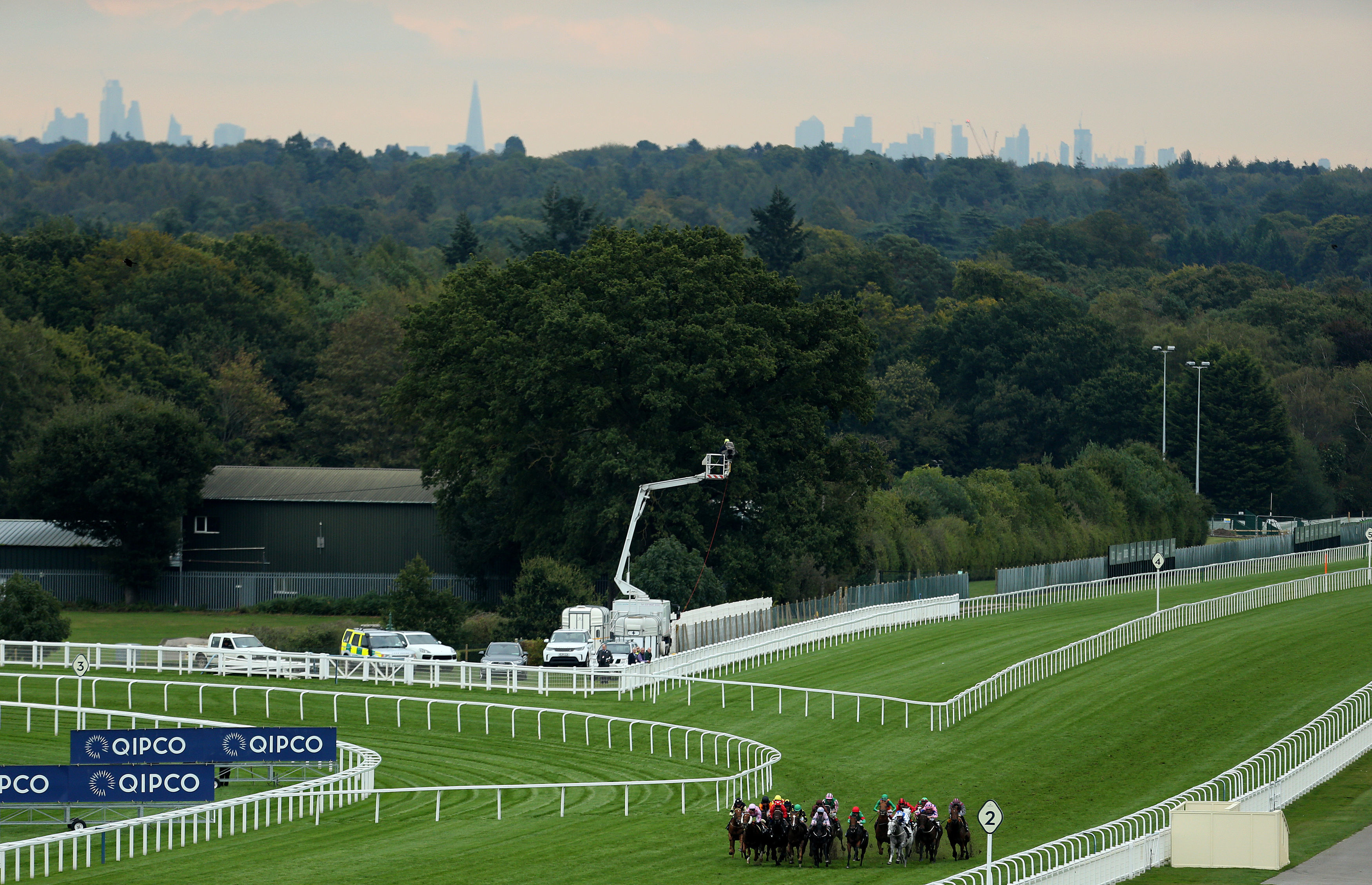 Yet another torrid handicap for punters to open the card. Plenty of unexposed three-year-olds lie in wait here and getting to grips on the form is headache-inducing stuff.

It's a race to keep stakes small and probably have a small each-way play on a couple at bigger prices.

Top of my list is MAORI KNIGHT who avoided picking up any extra weight for this with an agonising second at Haydock first time out this season.

That looked hot form with the front three pulling miles clear, and it's surprising the handicapper has left the runner-up alone.

He has the benefit of a run under his belt and was very well-backed that day. Had he been trained by a handler with more of a name than Richard Hughes he may be plenty shorter.

His novice form was strong and by Camelot he'll relish this test. He's well worth an each-way poke and is better than his current mark.

Highland Chief is very interesting in here. If he's fit he could well be up to handling top weight. There is no doubt he is a Group horse and he should kick on in a big way this season. There may just be one or two much better off at the weights in here.

Acquitted is the obvious one in the race. His second to Palace Pier is clearly smart form and he was far from disgraced. He's been well found in the betting though.

Hypothetical was disappointing at Kempton, and why he should improve for that, he has a bit to prove and is plenty short enough off the back of that.

Tritonic would also be on the shortlist. He's lightly-raced and is one in here he may well welcome a drop or two of rain beforehand.

It's a deep Group 3, but as you'd expect for a Royal Ascot heat. It makes for a good betting heat, with plenty of runners.

The fancy is Sir Michael Stoute's REGAL REALITY who has been disappointing more recently. But fresh could be the time to get him and he's been gelded in the off season.

That's a positive in itself as he comes back as a five-year-old for Cheveley Park – a breeding operation – and the cruellest cut of all may have helped cam him down. He was a livewire at times.

This stiffer track should suit him better than York and he's better than a Group 3 horse. You only have to look at his Eclipse third to Enable and his Brigadier Gerard win.

It's a bit of a leap of faith trusting him to be fully wound-up, but with Stoute in your corner, hopefully a market move is a plus late on.

Fox Tal is the obvious improver and could kick on at four this season. His form took a big jump when fourth in the Champion Stakes here in October, and better ground will probably see him in better light again.

He was holding on that day so still has slight stamina doubts to prove.

Sir Dragonet was fourth in the St Leger, before he was well beat on his return this year at 8-15F. I simply couldn't have him here but he's trained by Aidan O'Brien and I could well have egg on my face.

Mountain Angel shouldn't be up to winning this and may need some rain, while Dubai Warrior has plenty to prove back on turf.

Always an intriguing heat, the Jersey looks no different this time around.

King Leonidas will likely be all the rage for the Gosden-Dettori duo and it is very hard to put anyone off siding with them to come out on top.

He's unbeaten in two efforts, but looks short enough when you consider he's only been tried in a pair of novice races at Newmarket.

This is obviously far more competitive and it'll be his first trip away from his hometown. I can skip over him at short odds.

I like the chances of French raider Celestin. He brings genuine Group form to the table and with James Doyle booked it looks like they mean business.

If the rain does fall I'd be even sweeter on him, but he should be suited by a more competitive pace here than he got in the French Guineas and he'll be finishing stronger than most.

The one to beat, however, is MOLATHAM who can be excused his defeat on his final start at two. That was in the mud at Newmarket and the form was far from disgraceful anyhow.

On his previous win at Doncaster he has big claims. He edged out Wichita there and Berlin Tango was back in third.

If he improves again here he could be the one to beat here. Trainer Roger Varian has started the season fairly well and will catch the eye even more if the betting speaks in favour.

Lord Of The Lodge was busy enough at two but showed he could have more to offer with a good comeback a Newcastle back in February. He needs more here though.

A stiff seven furlongs will leave no doubts in regard to stamina.

At bigger odds Final Song looks over-priced. She shaped well enough in the 1000 Guineas to finish fourth and the drop back to seven furlongs will be up her street.

I am hesitant to even put something up in this race. The fact it only has nine runners from a maximum of 24 shows you just how different this season will be for the juveniles.

It was won by a certain Pinatubo last season, but it would be very surprising if we saw anything as special this time around.

Aidan O'Brien's BATTLEGROUND heads the betting at the time of writing despite finishing fifth on his debut.

But he was given a very easy time of things and made nice progress from the rear without being asked for much. That was over six furlongs which suggests the extra furlong will suit.

Keep an eye on the betting, if the signals are strong, he could be the one to beat.

Bright Devil was bought after his debut win, but why he came out on top there he was always in front on a weekend where there was a huge bias to those on the rail.

Charlie Appleby's Modern News has obvious claims after his debut win. He was green there and will improve for the step up in trip.

Golden Flame was second on debut, but may have won on another day. He was well clear of third and the Johnston team have started the season well with their youngsters.

Watch the betting with him as they will know where he stands up against their better ones at home.

I won't bore you with much scribble here, but STRADIVARIUS should win this, and win well.

He goes for a Gold Cup hat-trick and it's very hard to bet against him with big rival Kew Gardens missing this time around.

Chief rival will be Cross Counter, but Gosden's star has regularly had the beating of him.

Technician is a new rival and may be the one for any each-way players.

Stradivarius will be short enough for most punters, but likely popular in many multiples across the week. That may be the best play.

I'm keen on the chances of VERBOTEN here. He shaped very well dropped into handicap company at Lingfield last time.

That track would not have been his cup of tea and the extra furlong is just what's needed. He looks on a dangerous mark with Dettori on his back.

He was good enough to be chucked into Group 1 company on his second start and he has already won on turf, easing some ground concerns.

It's a competitive handicap as always, but he'd be top of my list to back.

Enemy is no doubt a smart horse and probably better than a handicapper. But he looks quirky enough and is best-watched at this early stage, especially at the prices.

Finest Sound is well in here having bolted up on handicap debut at Haydock. He gets in here off a 5lbs penalty and has obvious claims if being able to back that up.

Starcat was seventh in the Guineas and not disgraced. He could improve again and is obvious interest in a handicap.

Johan needed every yard to win at Newbury and may just improve for a bit further. He carries a penalty for that win but a few look slightly better off.

It's a race to keep stakes small, with a few each-way plays if that's your thing. A competitive race for three-year-olds, has been made even trickier this year with the truncated season.

The finale has a similar vibe to it with heaps of unexposed three-year-olds looking the biggest dangers.

Top of the betting and likely to be very popular is the undoubtedly well-handicapped African Dream for John Gosden.

She was just edged out at Newbury by the 106-rated Stylistique and was giving that horse 7lbs. And here she is, sneaking into the Sandringham off a mark of 80. She is by far and away the likeliest winner but it would be a bit of a cop out to tip a horse the price of her in a 18 runner race.

Declared Interest is clearly well-handicapped too. She won cosily at Chelmsford on handicap debut and the Beckett team continue in fine fettle.

She races with a 5lbs penalty and is right at the bottom of the weights.

At bigger odds, and surprisingly so, is Andrew Balding's KALSARA. She is another that sneaks in off eight stone and has form behind Quadrilateral and Boomer to her name.

She looks very well-handicapped off a mark of 80 and the punters look to have missed her for now.

Sir Michael Stoute's Soffika has obvious claims but doesn't look as well in as some. Wejdan drops back into handicap company from Group races and is worth a look.