RYAN MASON reckons Harry Kane will get a good reception from Spurs fans in what the striker hopes will be his last home game for the club.

Tottenham’s interim boss refused to call it a send-off – despite Kane telling the North Londoners last night that he wants to quit them in the summer to boost his quest for silverware. 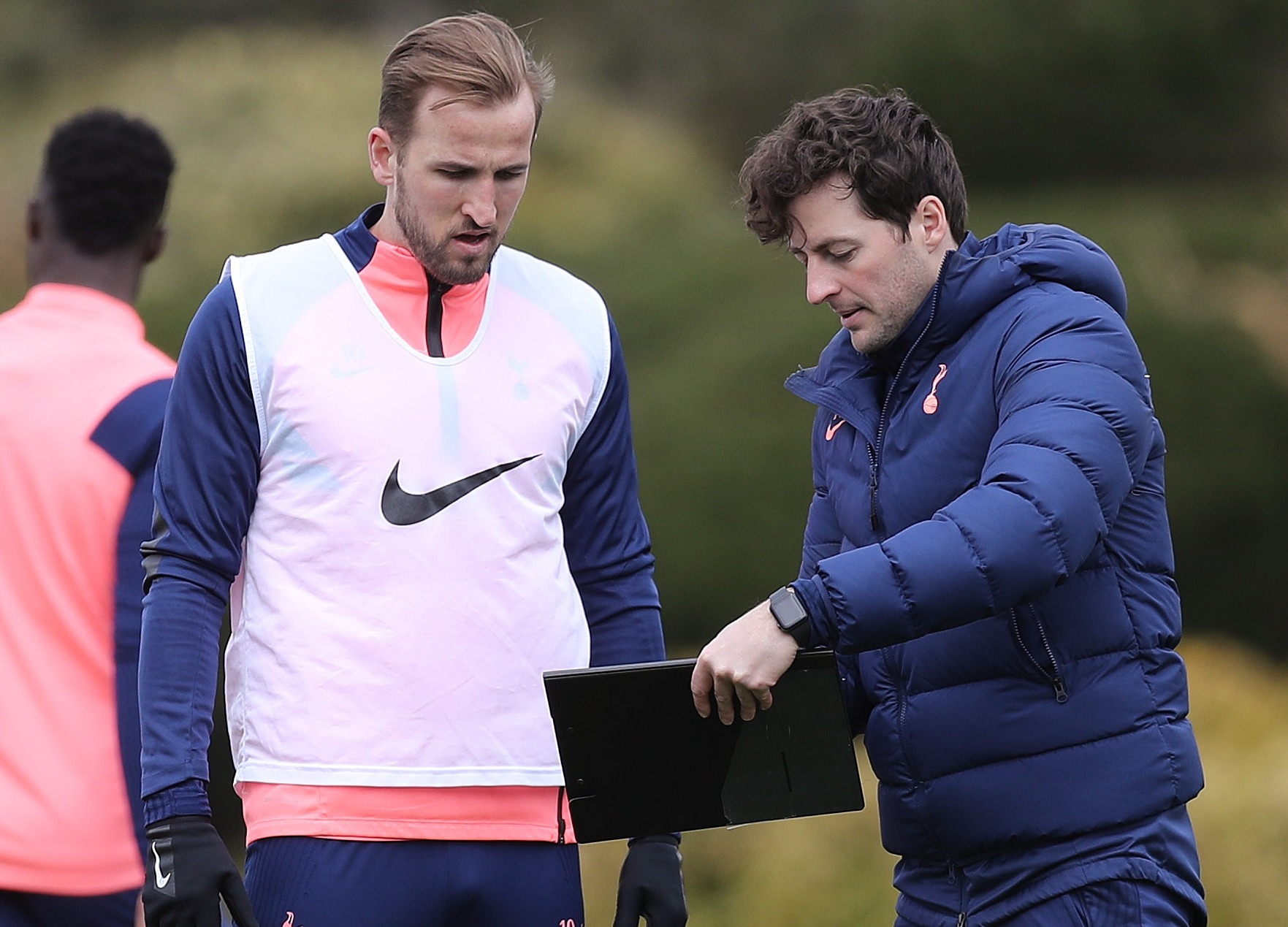 Kane will start their final home game of the season against Aston Villa on Wednesday in front of a partisan crowd of 10,000 – as fans return inside the stadium.

Many Spurs supporters were already planning to protest against chairman Daniel Levy following another trophyless campaign and his involvement in the shameful European Super League scandal.

Fans are also unlikely to be happy about the prospect of losing Kane, but Mason does not believe they will boo the England captain.

He said: “I’m sure the fans are excited to be there tomorrow, the lucky ones, and see Harry play as well.

“They’ll love seeing him play. He loves the club, he’s been at the club from a very young age, he’s come through the system.”

When asked if the fans will give Harry a “great send-off”, Mason replied: “A send off?”

The reporter explained the Villa clash could be Kane’s last game, meaning his last one at home.

But media-drained sorry, trained Mason, who straight-batted every question on the frontman’s future to within an inch of its life, said: “No, we've got a game at the weekend as well so Harry is definitely going to be involved in them.

“Like I've said all along I can't speak about next season, whether that's a manager or a player. What I do know is that the fans will get behind us. They're excited about the game tomorrow, along with the players.

Kane had said he would make a decision about his future after captaining England at this summer’s European Championships.

But he stunned Spurs by telling them last night he wants to leave – and he wants to get it done and dusted before the Finals.

Asked what he said to Kane this morning, Mason said: “‘How are you feeling?’ He feels fine and is looking forward to tomorrow.

"He’s going to be 100 percent committed. I’m looking forward to seeing him play, in our beautiful stadium, in front of our fans. So we’re excited about tomorrow.”

Then when asked how he believed the situation would play out, Mason – placed in charge for the rest of the season following Jose Mourinho’s shock sacking last month – said: “I think he starts tomorrow. Because he’s our best striker, and one of the best strikers in the world.

"And that’s my main focus, on putting a team out and preparing a football team, to win those games of football.

“Hopefully tomorrow we can do that, with Harry at the front, and hopefully has an influence on the game.”

Former team-mates Kane and Mason are close pals, having both come through Tottenham’s academy.

“We want to play in front of our fans. It’s a home game in the Premier League, and we know the importance of it. We’re looking forward to tomorrow.”

Asked if he could confirm Kane had asked to leave Spurs, Mason – who should be an MP – said: “No, not that I'm aware of. Like I say, all this speculation I'm not sure.

“All of my conversations I've had with H have been about the game the other day and also preparing for the game tomorrow. So no, I don't know.”

Tottenham’s temporary gaffer denied news of Kane’s intention to quit N17 had made it a sad day for him and the club.

Mason, 29, said: “No, there’s no sadness for me. I’m happy because we’ve got our fans back in our stadium.

"I’m looking forward to it. I’m really excited. I know the players are as well. The fans will make a big difference.

“And like I said, our focus here, for me, the players, everyone involved, is – can we get three points tomorrow?

"It’s not easy to win games in the Premier League, I say that all the time.

“We have to respect Aston Villa, and we will do that, we’re ready for the game. So no sadness. I’m just excited about tomorrow.”