Home » Scotland could have 4,000 fans at Wembley to face England at Euros with 16 per cent of 22,500 capacity away support

SCOTLAND could have 4,000 fans at their Euro 2020 showdown with England at Wembley.

The FA have confirmed to Uefa they anticipate opening 25 per cent of Wembley’s tournament capacity for the initial group stage round of games. 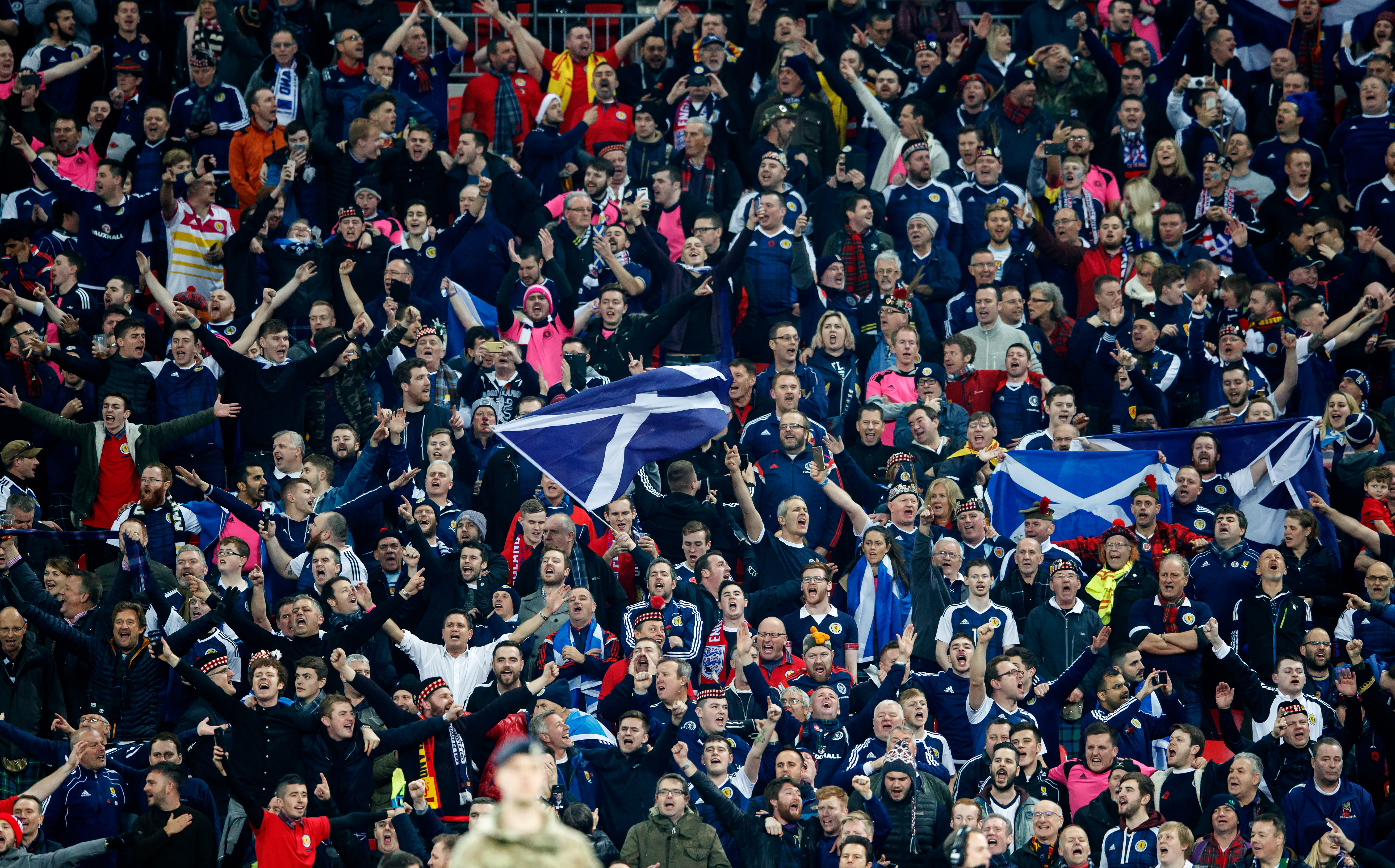 That will see 22,500 underneath the Arch, with FA chiefs looking at a minimum of 45,000 fans for the semi-finals and final of the Euros.

But with Scotland being part of the UK, Uefa has agreed the visiting team on June 18 should be handed the planned 16 per cent allocation.

That will mean 3,600 seats being made available for the Tartan Army when ticket sales open next month.

And with some English-based Scottish fans believed to have already bought tickets for the game, the Three Lions may be confronted by 4,000 bellowing Scots in the most authentic atmosphere of the tournament.

Despite the June 21 date set by the Government for the end of coronavirus restrictions, the FA is not seeking to add numbers for England’s third group clash with the Czech Republic on June 23.

Instead, like the first two matches – which will be used as Government-backed 'test events' – the ground will hold a quarter of its capacity.

Uefa’s steering group met virtually on Thursday in the aftermath of the failures by Dublin and Bilbao to meet the demanded fan promises.

Irish officials anticipate the four matches scheduled to be played at the Aviva Stadium, including England’s last-16 clash if they win their opening group with Scotland, will be stripped, potentially as early as Friday.

Uefa has intended to make an announcement this week but may now wait until its ruling executive committee has met in Montreux on April 19.

Euro chiefs were blindsided by the row between the Spanish FA and the Basque Government.

But there are also issues over the involvement of Rome – due to host the opening game and Wales’ final first-stage match – and Munich.

While the Dublin matches are likely to be switched to a venue in the north of England – either Old Trafford or St James’ Park – Russia is emerging as an alternative if Rome is ruled out.

Russian FA chiefs have already announced they will open a Fan ID centre for the tournament in Moscow, even though the matches in the country are scheduled for St Petersburg.

But Uefa is understood to be reluctant to move the matches scheduled for Bilbao out of Spain, with a switch to Atletico Madrid’s Wanda Metropolitano more likely.

Uefa also plans to hold its ballot of ticket holders at the start of next month, with the vast majority of the seats planned for the tournament no longer available as a result of the reduced capacities around Europe.

Supporters are likely to be required to test negative for the virus before they are allowed to take up their seats, following lobbying from a number of associations, including the FA.

But players and team officials will stay in Covid-secure bubbles, including hotels and using only authorised transport, to ensure they are exempt from any quarantine requirements.