CYCLIST Pieter Serry was involved in an horrific crash at Thursday's Giro d'Italia after another team's car smashed into the back of him leaving him in agony.

With around seven miles to go on the 100-mile stage six, the Deceuninck-QuickStep rider was sent flying off his bike on the final climb of the day. 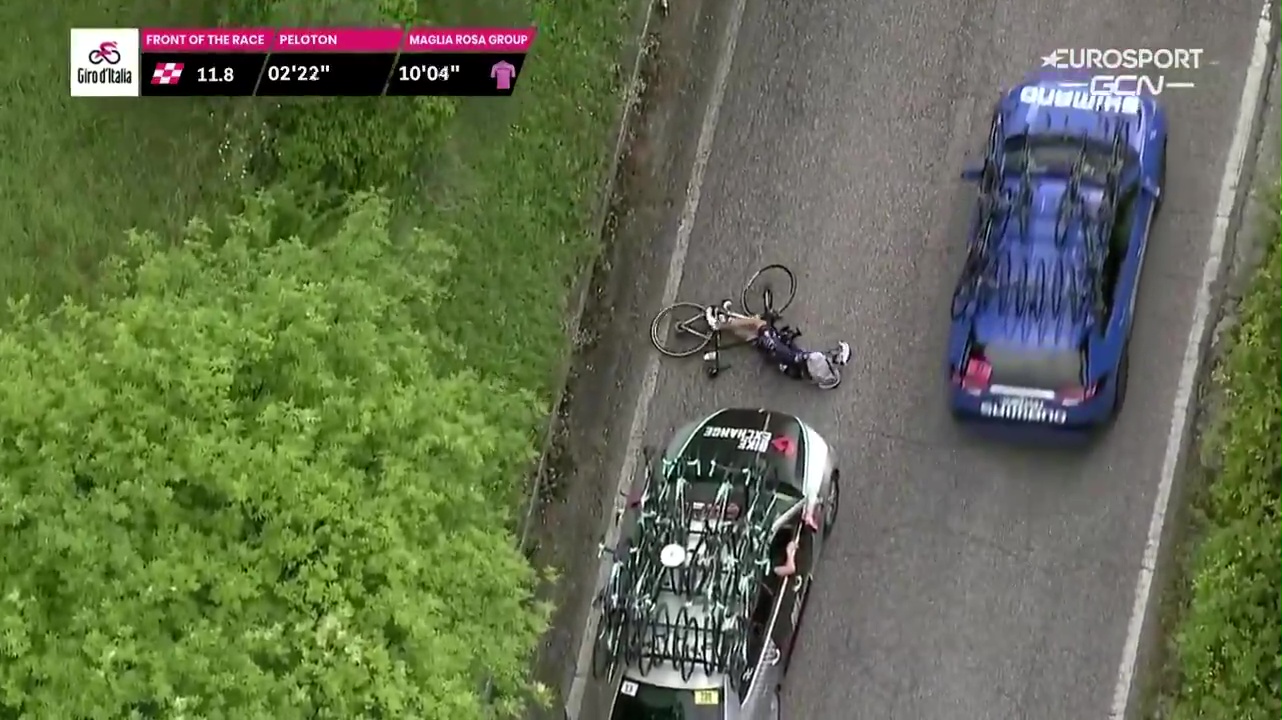 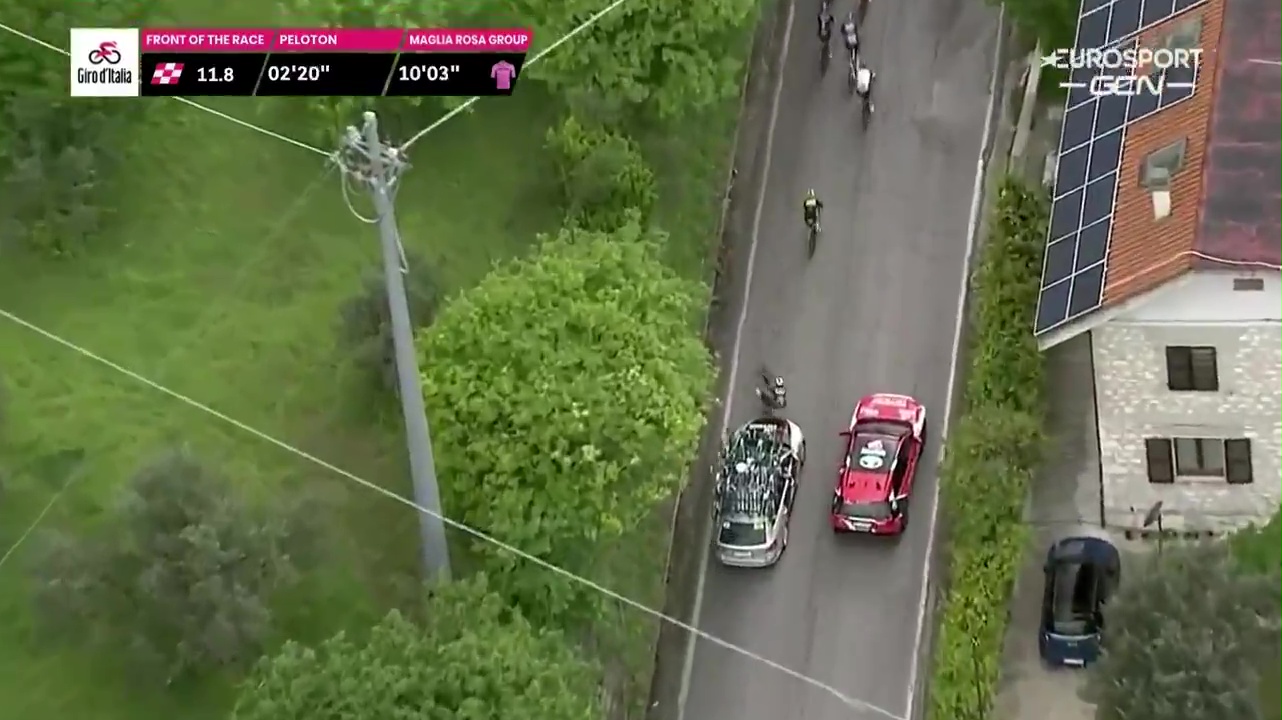 As Serry, 32, attempted to keep pace with the peloton on a wet and cold day, a Team BikeExchange car careered into the back of him.

The Belgian cyclist was sent flying in the air before hitting the ground with a sickening thud.

His team, Deceuninck-QuickStep, confirmed the worrying news on Twitter.

Deceuninck-QuickStep tweeted: "Twelve kilometers remaining at the #Giro and @Pieter_Serry is on the ground after being hit by another team’s car."

But shortly after, they provided a more positive update revealing Serry was back up and on his bike as he finished the stage.

The team added: "He is back on his bike, but that gave us a huge scare.

"Hoping @Pieter_Serry is ok after that heart in the mouth moment which happened on the last climb of this #Giro stage."

Replying to the update, Team BikeExchange tweeted their apology after their car hit Serry. 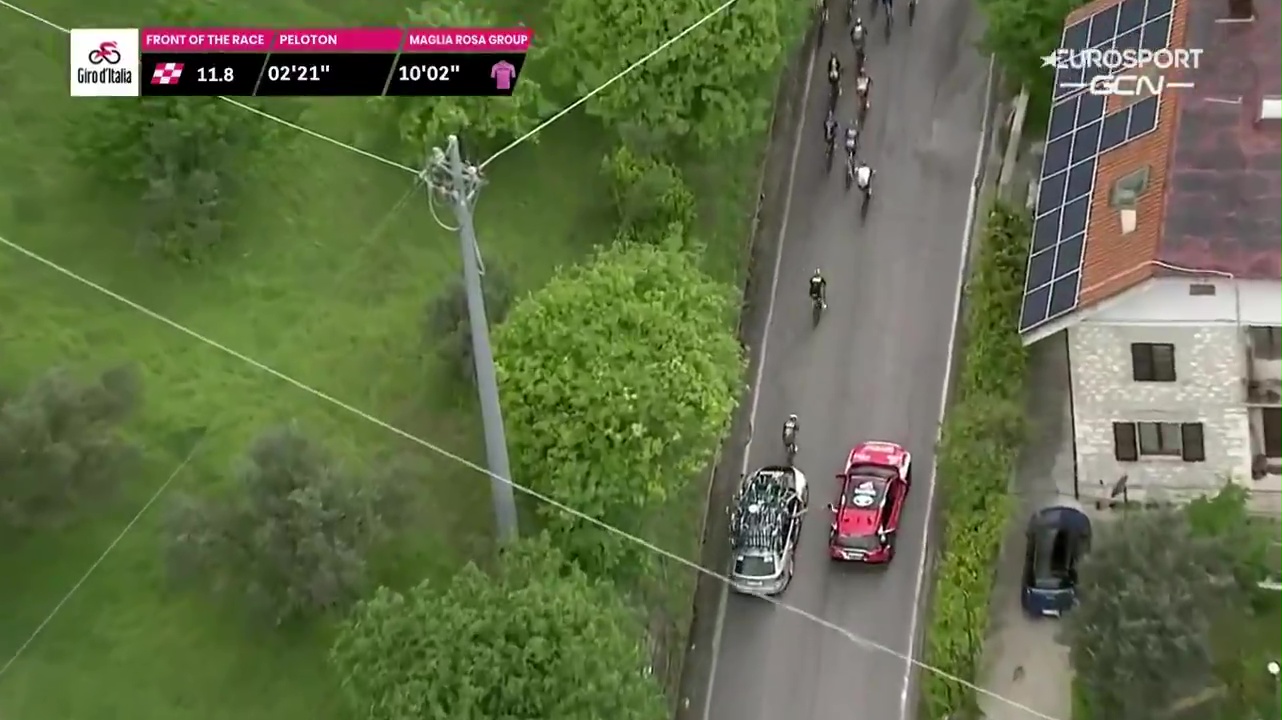 They wrote: "Sorry guys, glad to see @Pieter_Serry is back on is bike!

Switzerland's Gino Mader went on to win the stage, with Colombian ace Egan Bernal in second ahead of Irishman Dan Martin.

Hungary's Attila Valter took over the pink jersey as he opened up an 11-second lead over Serry's team-mate Remco Evenepoel.

But for Serry, his horror crash sees him languishing in 62nd after stage six – 26 minutes and 24 seconds off the leader.

It's not yet known what punishment – if any – Australian squad Team BikeExchange face for the smash.

Megan Rapinoe Is a Leader for Her Team, and Her Time