SIMONE Biles has hinted that Larry Nassar's abuse is behind her mental health struggles after she decided to not defend her Olympic individual title.

The athlete retweeted a statement from fellow gymnast Andrea Orris which read: "We are talking about the same girl who was molested by her team doctor throughout her entire childhood and teenage years." 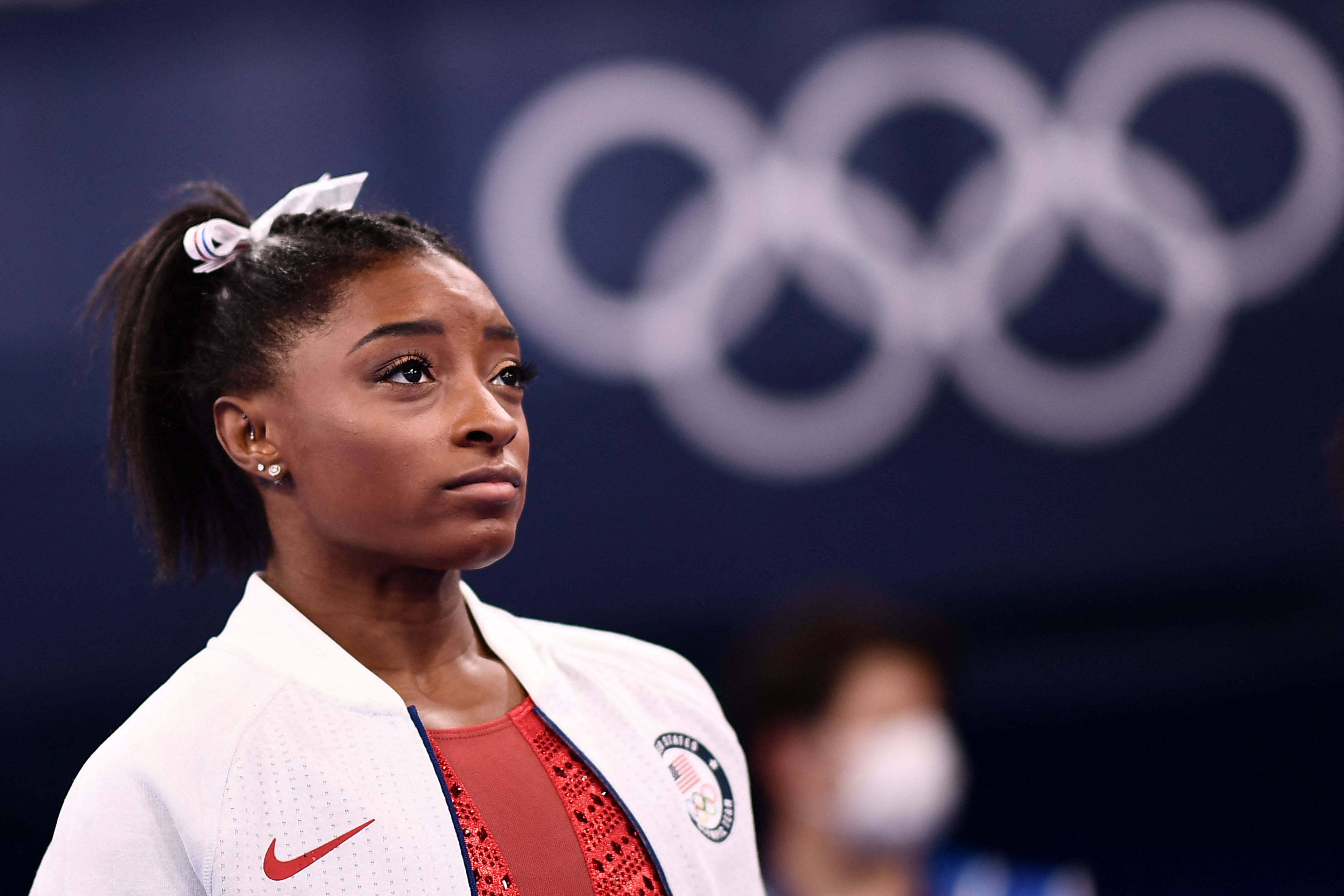 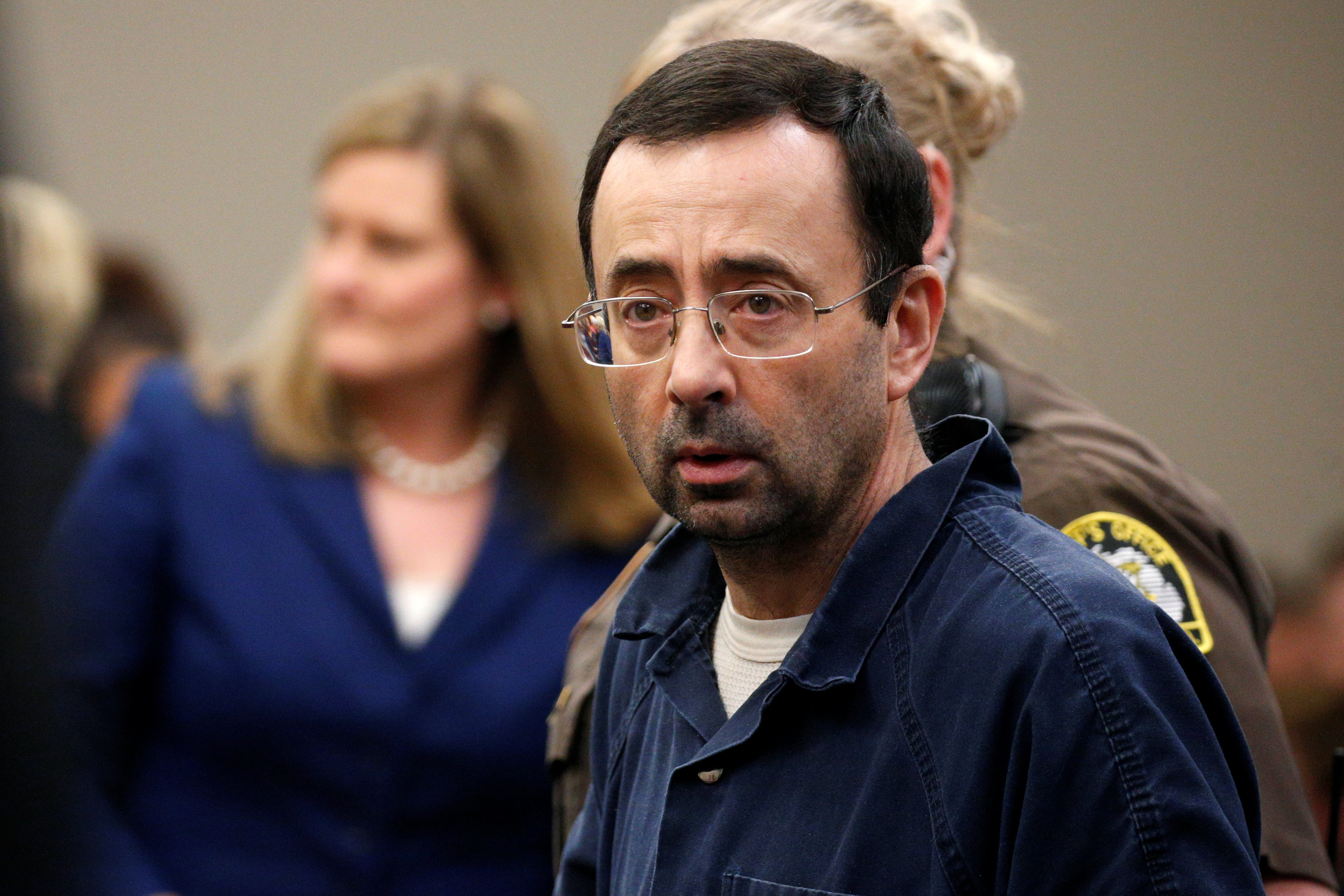 The statement retweeted by the athlete on Wednesday continued: "That girl has endured more trauma by the age of 24 than most people will ever go through in a lifetime.

"We will never know or fully understand her personal choices and struggles."

The statement also noted "all she has had to endure because of this sport and the joke of an organization who protected her predator instead of her and her teammates for years."

Former US Gymnastics doctor Nassar, 57, was convicted of sexually violating young athletes over multiple decades. The number of alleged victims who have come forward so far exceeds 250.

Biles said she was one of those abused by Nassar.

A VOICE FOR CHANGE

She said she returned to the Olympics to be a voice for abuse survivors in the wake of Nassar's crimes.

She told NBC in April: "I just feel like everything that happened, I had to come back to the sport to be a voice, to have change happen.

"If there weren't a remaining survivor in the sport they would've just brushed it to the side."

Asked by the The New York Times about her happiest time in gymnastics, she replied: "Honestly, probably my time off.

Biles pulled out of Thursday's women's individual all-around gymnastics final to focus on her mental health.

And there is the possibility she might quit the Tokyo Olympics for good and decide against competing in next week’s apparatus finals.

The sport’s most dominant star and biggest name then admitted she is struggling to cope with the weight of expectation.

She was praised for her candid admission in which she declared she wanted to “protect my mental well-being”.

A USA gymnastics statement read: "After further medical evaluation, Simone Biles has withdrawn from the final individual all-around competition at the Tokyo Olympic Games, in order to focus on her mental health.

"Simone will continue to be evaluated daily to determine whether or not to participated in next week's individual events finals.

"Jade Carey, who had the ninth-highest score in qualifications, will participate in her place in the all-around.

"We wholeheartedly support Simone's decision and applaud her bravery in prioritising her well-being.

"Her courage shows, yet again, why she is a role model for so many."

Teammate Jordan Chiles, 20, backed her friend, saying: "She's Simone for a reason. She's not a quitter. You will never see Simone go out there and not do what she knows she can do.

"I did have to fill some humungous shoes but I did it for a reason, I did it for her. And she was there with us the whole time.

"All I know is I'm going to support her no matter what. I am her teammate, I am her best friend, like she said.

"This is the moment that I think that I truly realize that I've gotten so much closer to her than I really thought. She's my ride or die. I will forever be by her side."

Grace McCallum, 18, said the decision left her "on the verge of tears," adding: "I just knew I had to do my gymnastics, nothing more, nothing less."

After botching her vault – the first of four routines – Biles immediately withdrew from the USA side but remained in the arena to support her teammates to silver.

After the competition – in which left the US surrendered gold to the Russia Olympic Committee – Biles gave an extraordinary interview in the mixed zone and press conference.

The Ohio-born star revealed she was not in the “right headspace” to continue, she has been “fighting demons” and would not carry on if it jeopardised her health and wellbeing.

Biles has qualified for all four of the apparatus finals and was set to become the face of these delayed Games.

The vault and uneven bars finals are on Sunday August 1, then it’s the floor exercise on Monday and balance beam next Tuesday.

She came to Japan with realistic aspirations of winning five gold medals and equalling the Olympic record for a female athletes.

On Tuesday she confirmed she was not injured, explaining: "Just a little injury to my pride.

"I have to focus on my mental health.

"I just think mental health is more prevalent in sports right now…we have to protect our minds and our bodies and not just go out and do what the world wants us to do.

"I don’t trust myself as much anymore, maybe it’s getting older.

"There were a couple of days when everybody tweets you and you feel the weight of the world.

"We’re not just athletes, we’re people at the end of the day and sometimes you just have to step back.

"We have to protect our body and our mind. It just sucks when you’re fighting with your own head."

"Emotionally, that kind of varies on the time and moment. Coming to the Olympics and being head star isn't an easy feat, so we're just trying to take it one day at a time and we'll see."

"I'm OK, just super frustrated of how the night, but super proud of these girls and now we're silver medalists. Something we'll cherish forever.

"We hope America still loves us." 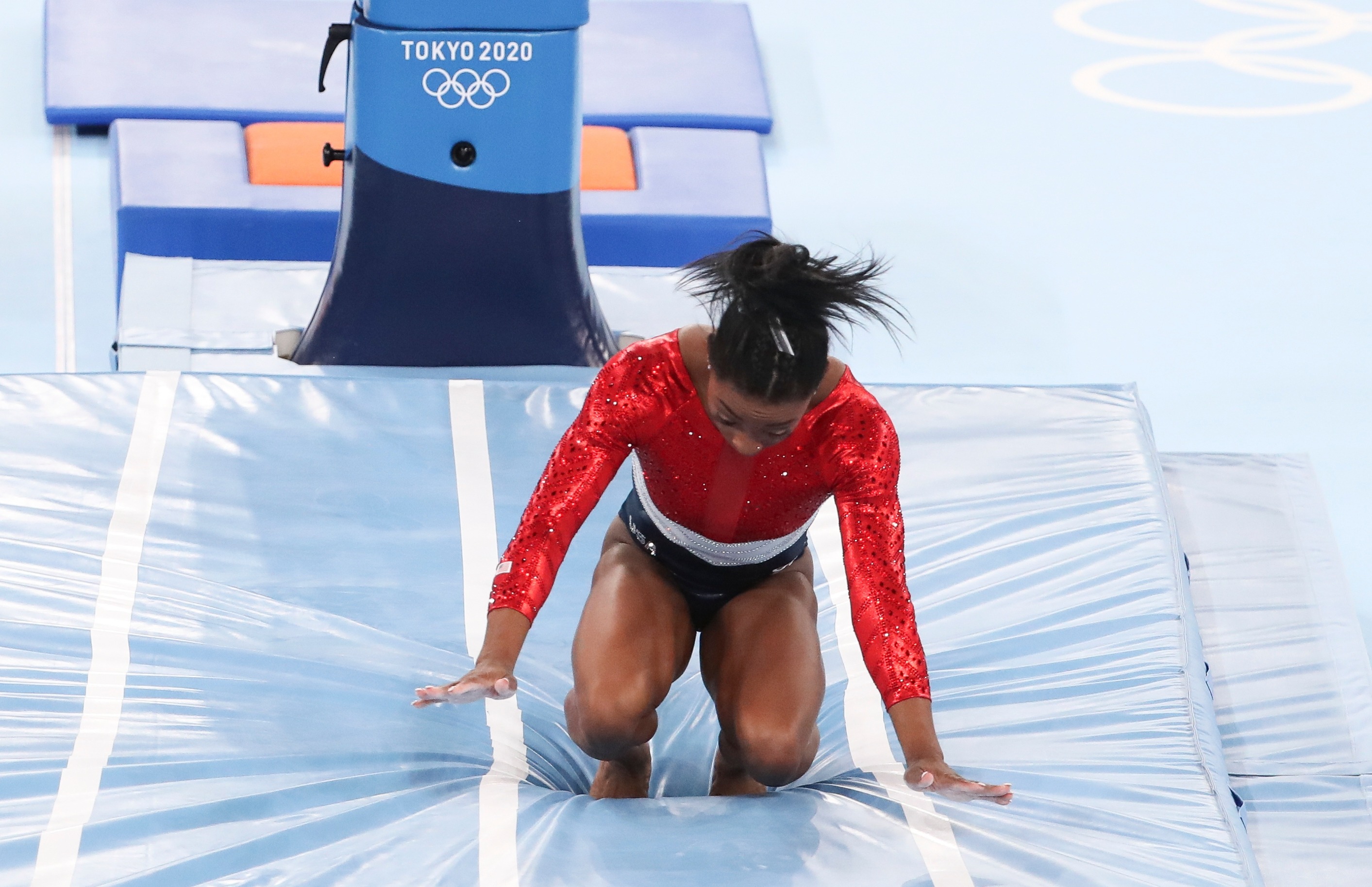 Horse racing – Goodwood: Bet £10 on first race and get £70 in free bets on ALL remaining races on day 1