Southampton 0-0 Newcastle LIVE: Eddie Howe’s high-flying Magpies push for opener in Carabao Cup semi-final first leg as they look to move a step closer to a first major trophy since 1955

Bazunu in a little discomfort now after coming to claim the ball in another Newcastle attack.

The Magpies overplayed it a touch trying to be too cute, but a good ball from Guimaraes draws Bazunu out and he takes a shin from Almiron to the face.

He’s up on his knees but the medics have been called on as a healthy precaution, and he’s quickly up on his feet and ready to continue.

Schar’s knee is getting plenty of early testing from Southampton, as he is called upon to cut out a raking through ball for Mara, but he covers ground well to snuff out the danger.

Newcastle have a corner now, and it’s time for that pretty sizeable defence to get forward.

It’s worked short before the cross comes in but Bazunu does well to punch clear.

Southampton’s new man Alcaraz has made a real nuisance of himself early on winning the ball back on a number of occasions in the middle.

He then shows off his energy by racing through into the Newcastle box and almost gets on the end of a cross from the right-hand side but Pope is out quickly.

Then quick as a flash Trippier is sending a ball of his own into the middle, but it’s just too high for Willock at the back stick.

End-to-end at the moment!

We’ve had an early VAR check now for Newcastle, who want a penalty.

Longstaff is rushing into the box and looks set to play another ball across the six-yard box, but he’s well deterred by Salisu with a great challenge.

The Magpies midfielder wants a spot kick but VAR waves it away.

Still a brilliant tempo to this one, and plenty of battling for possession in the middle of the park.

Schar looks to have recovered from that early knock, and is back in action for his side, but its the hosts again who are pressing up the pitch.

But whenever Newcastle get the ball they’ve looked to launch a counter of their own, as the game gets off to a brilliant pace.

Schar sends a fantastic long ball over the top towards Wilson, but he can’t quite bring it under his spell first time.

Schar has hobbled off, but no change has been made and there’s a bit of pressure from Southampton here now.

The Saints look to have released Orsic on the left but he’s flagged offside, but the hosts have it back quickly and are able to get Newcastle’s famed defence to earn their wages for a bit.

Ward-Prowse hangs a cross into the box but it’s poor and Newcastle can now clear.

Schar is down in a bit of pain here holding his knee.

Mara did brilliantly to close the Swiss defender down and he was caught by the follow through.

Nothing Mara could have done, but it looks like Schar’s night is coming to a premature close.

No foul play from the Saints man, but The Magpies are possibly in a spot of bother here.

Longstaff flashes a cross across the six yard box but there are no takers for what was essentially an open goal.

Not quite what Nathan Jones will have wanted from his side.

A tense start so far, and Eddie Howe is already on the touchline shouting about something he’s seen.

The Magpies then have the first shot after a brilliant run from Miguel Almiron from inside his own half.

He sets it off to Willock on the edge of the box on the left, but he skies his effort.

Newcastle get us going in the first leg of the semi-final!

Final predictions, everyone – who have you got for this one?

Trippier and Ward-Prowse are summoned by the match officials for the toss, and it looks like we’ll have the Magpies get us going.

Now “When the Saints” does blare out thanks to a brilliant live band and the teams are on their way out of the tunnel.

The 22 players make their way onto the pitch with plenty of noise from both sides to welcome them!

Fantastic atmosphere from the home team!

It’s a very busy St. Mary’s stadium tonight ahead of the game.

Very nice light show to build the tension ahead of kick-off and there’s a really good noise from the crowd.

The lights go out fully before erupting back to life as the pyrotechnics by the tunnel start to go off.

A real sense of the occasion on the south coast, with “When the Saints” roaring out from the home fans, over the top of a bit of alt-rock which they clearly aren’t big fans of.

🔟 minutes until kick-off at St Mary's…

Less than ten to go now – it’s an interesting one with both sides pushing for a very specific goal in the Prem.

Do Southampton want a cup run, or will they want to focus on survival in the top-flight?

Similarly, could a showdown at Wembley possibly prove an obstacle to Newcastle’s push for Champions League football in 2023-24?

Both sides will have a week off ahead of the second leg so we are sure to see a full-blooded cup tie for tonight at least.

Mislav Orsic is an interesting signing. Someone who has been knocking on the doors of a big switch to a top-five league, the Croatian international is a lethal finisher.

The 30-year-old had 13 goals and eight assists in 27 for Dinamo Zagreb before his January transfer.

And it’s a prudent arrival, with the Saints still painfully struggling in front of goal and have not really replaced Danny Ings, who left in summer 2021.

Che Adams has not adequately replaced his goals, and if Southampton are to stay up this season they need to pose more of a threat at the right end of the pitch.

It sounds very obvious, but football is all about goals at the end of the day.

Can Orsic mark his full debut with a bang tonight?

Just under 20 minutes to go now…

Eddie Howe has been discussing his side’s lack of goal threat in recent weeks.

Three 0-0 draws in their last six games, but the good news is we haven’t had one of those in this tie since 2018.

An unchanged Magpies side for the fourth consecutive game, and with Isak and Saint-Maximin on the bench ready to come on – you’d back them to break that run tonight with the gravity of the game we have on our hands.

There’s a really interesting battle set to entertain us tonight in the middle of the park.

Bruno Guimaraes has perhaps been the best signing in the last year from the club as they transform their prospects from relegation fodder to European contenders.

Everything the Magpies do comes through him – which is why it will have been such a relief for the Toon Army to see him shake off that ankle injury.

But for the Saints, their prospects rely on James Ward-Prowse, who is inarguably the star for Nathan Jones’ side.

But who will come out on top in that battle this evening?

Very important game for us tomorrow as a team and as a fan!! Let's play together 🖤🤍3️⃣9️⃣ pic.twitter.com/MYfSuiPyKk

In terms of the head-to-head in this Alan Shearer derby, it’s actually been quite level over the years.

In 105 meetings, Southampton have won 38 times, with the Magpies coming out on top on 43 occasions and the other 24 being tied.

The last 11, though, have only seen one Southampton win in what is quickly becoming a favourable fixture for the side from the northeast.

In that same period, there have incidentally only been two games that saw one goal or fewer, so at least we should see some goals tonight!

Magpies in the house…

Let’s get to work. 👊 pic.twitter.com/hpZxsbhq17

By this stage of the season, pretty much everyone has already played each other, and these two are no different.

However it’s not a story Saints fans will want to revisit any time soon, with Howe’s side romping to a 4-1 victory back in November.

Goals from Miguel Almiron, Bruno Guimaraes, Joe Willock and Chris Wood were countered only by a consolation from Maxime Perraud as Newcastle took the points on the road – Hasenhuttl’s final game at the helm.

It’s a huge day for both Mislav Orsic and Carlos Alcaraz, making their full debuts for their new clubs.

Set for a semi-final ✊ pic.twitter.com/yWKQkEGFS5

Plenty of smiles from the travelling players.

Bruno Guimaraes in particular has called this one ‘a final’ already.

We mentioned that these two are having… different… experiences of the season so far – but in what way?

The Saints have already lost one manager in Ralph Hasenhuttl, and after a really poor start to the campaign are currently propping up the Premier League table on 15 points.

And with Nathan Jones already coming under fire early on from the Saints faithful, the pressure has been cranked up to 11 from the get-go at St. Mary’s – with a poor result at home tonight hardly likely to help with that.

But things could not be more different up at St. James’ Park, where Eddie Howe has quickly cemented himself as something of an icon at the Magpies.

He has taken a side seemingly destined for relegation up into Champions League contention in such a short spell and has a real opportunity to bring some much-needed silverware to the giant of English football that is Newcastle.

But Saints fans will be quick to tell you that cup football is different to league action, and Jones will know that a win tonight against one of the so-called ‘big boys’ could go a long way to endearing himself to his new fanbase. 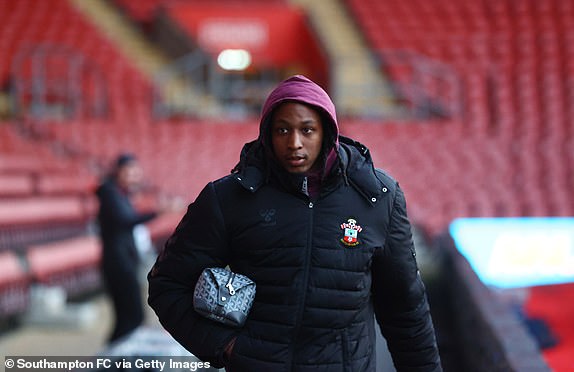 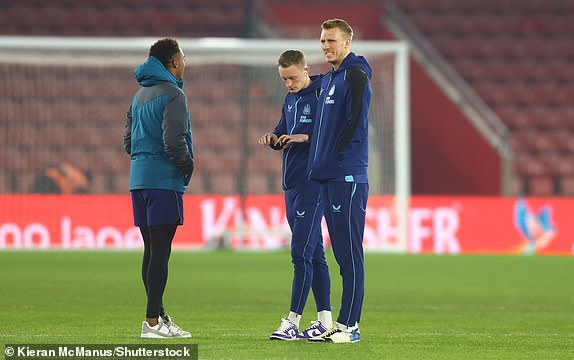 Both teams have reached the final before

Both these two sides have made it to the final of the Carabao Cup, but never won the trophy itself.

James Ward-Prowse was in fact in that side that night, and is the only survivor in the current Southampton squad.

Let’s give ourselves a little refresher of how these two Premier League sides made it to the semis.

For Southampton, it had been a relatively easy draw until the quarter-finals – although they almost came unstuck against League One side Sheffield Wednesday, needing penalties to see off the Owls.

The Owls were followed by the Imps, with Southampton beating Lincoln in the last 16 to set up a big upset victory over Man City in the previous round.

For Newcastle, it’s been Premier League teams all the way, beating Crystal Palace, Bournemouth and Leicester to set up this last-four battle.

Remember – it’s just the first leg tonight, so there’ll be no penalties or extra-time, but that’s not to say there won’t be plenty at stake with both teams looking to take an advantage into next week’s return leg. 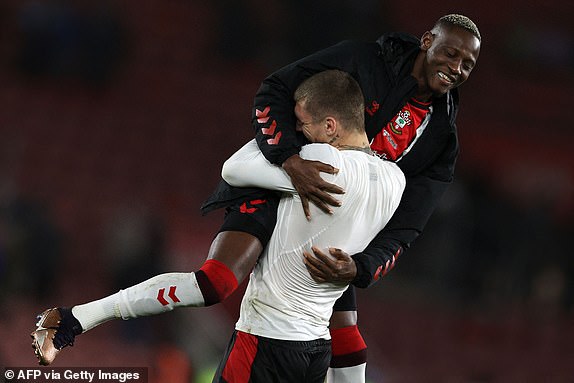 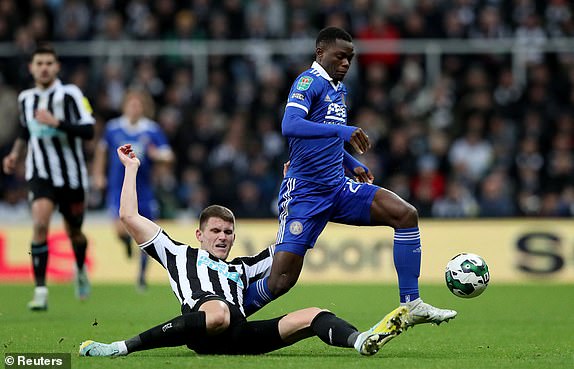 So an unchanged Newcastle XI to take on Southampton tonight after their 0-0 draw with Crystal Palace at the weekend.

But The Saints make FOUR changes with Alcaraz, Mara, Djenepo and Orsic coming in for Adams, Armstrong, Edozie and Lavia following Saturday’s 1-0 loss to Aston Villa.

Good evening everybody and welcome to Sportsmail’s live coverage of tonight’s fixture as Southampton and Newcastle at St. Mary’s in the Carabao Cup.

These two teams come into the crucial cup clash in the middle of very contrasting seasons, but they’ve earned their place in the semi-finals and will get the measure of one another tonight in the first of two legs.

The game is due to kick-off at 8pm, so stick with us as we bring you all the latest news, updates and build-up from around the match.

But first some team news to get us going… 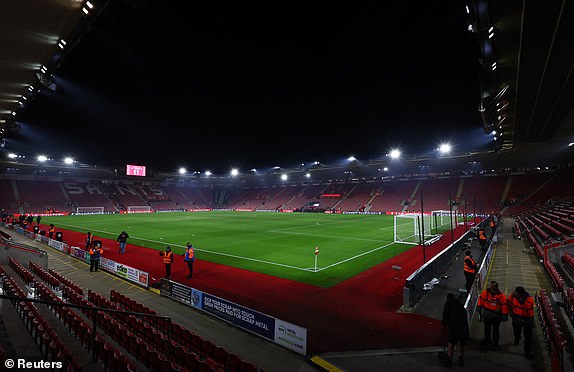 Dustin Johnson is not afraid of big-hitting Bryson DeChambeau