The two nations collided in the Nations League final at the San Siro on Sunday with La Roja taking the lead through Mikel Oyarzabal. 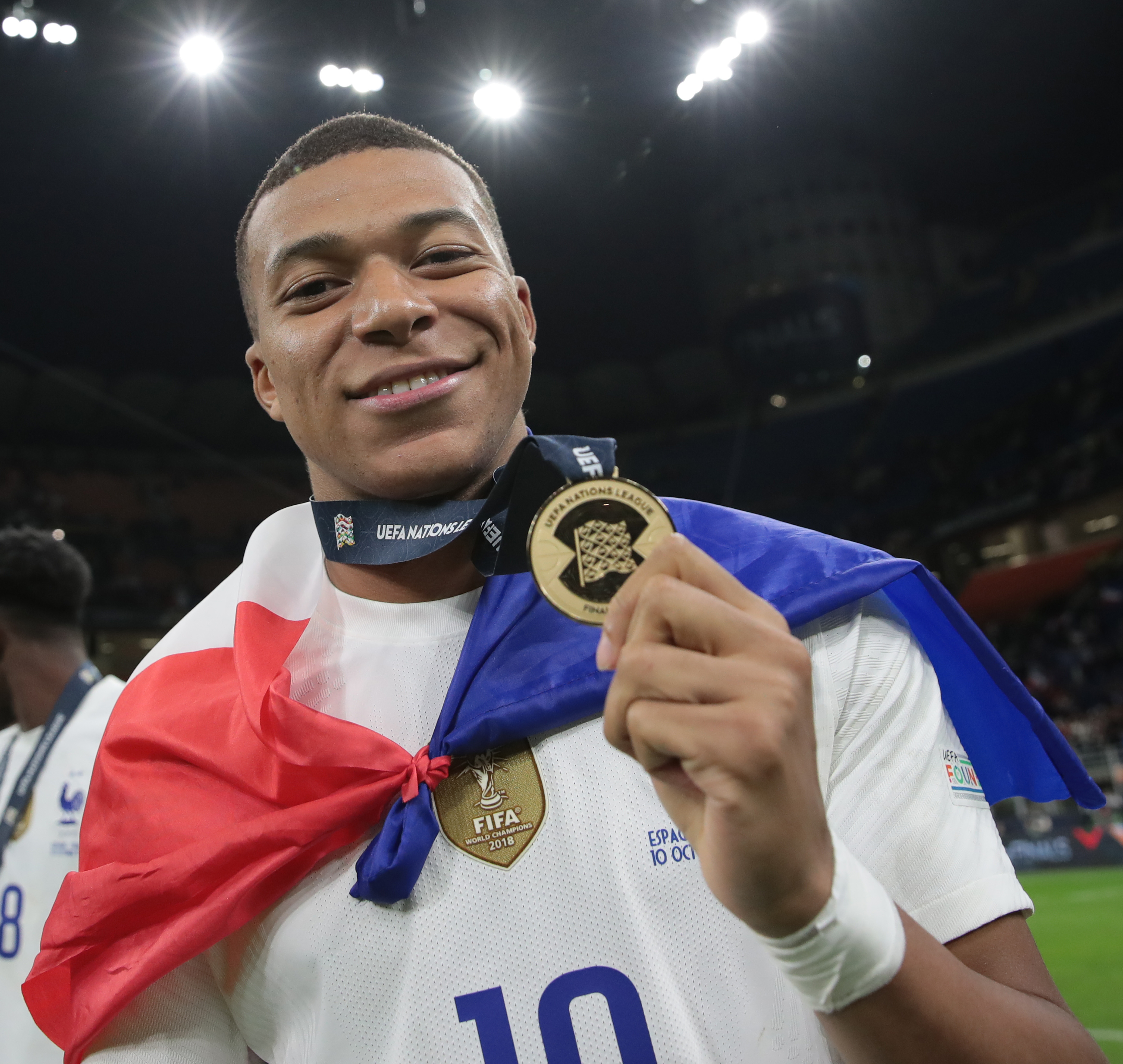 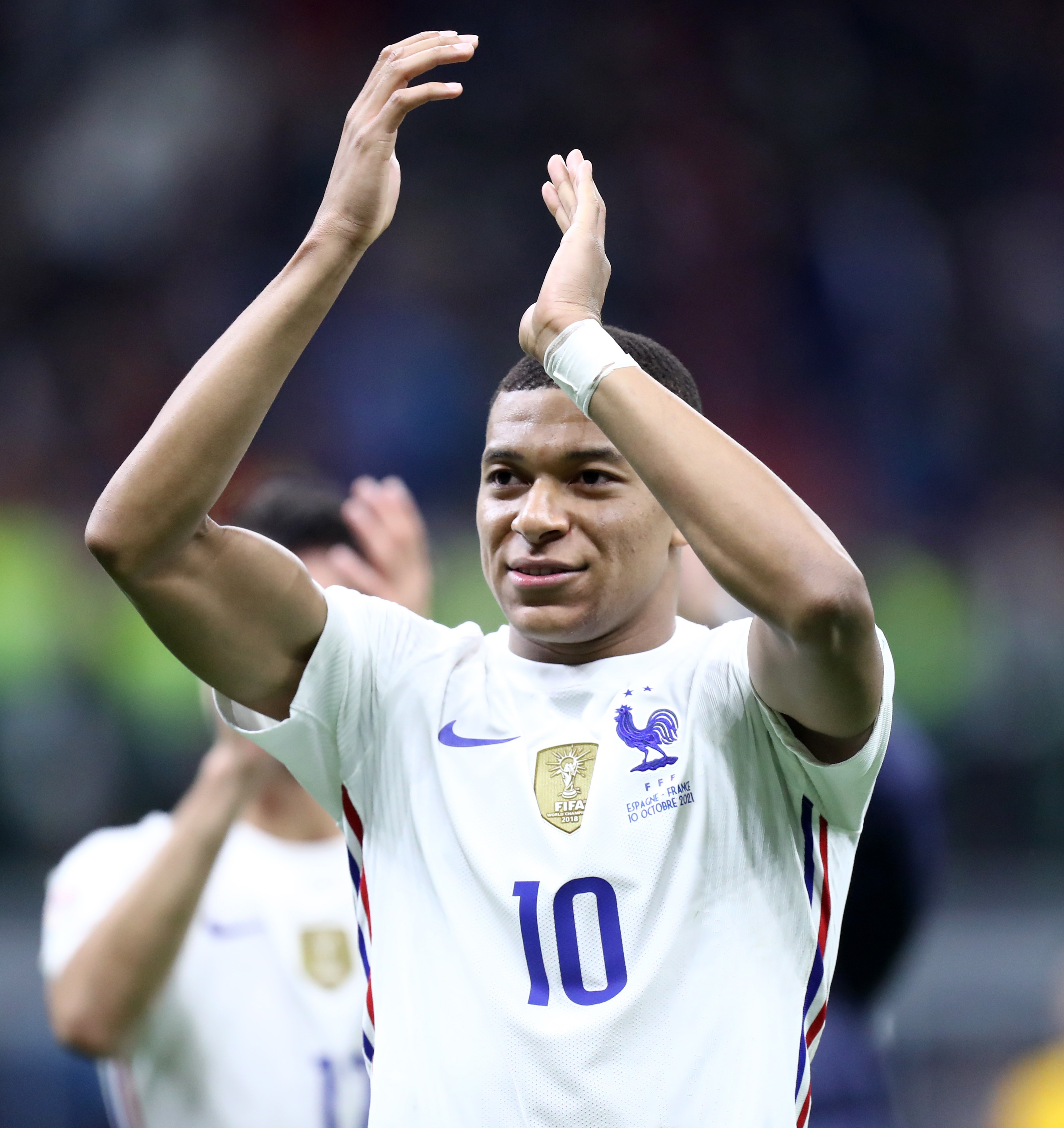 Karim Benzema then produced a worldie to level the scores before the real drama took place.

With just ten minutes remaining, Kylian Mbappe latched onto a through ball and raced clear to finish past Unai Simon for a controversial winner.

But the Paris Saint-Germain forward looked to be clearly offside when he was sent clear of the last Spanish defender.

VAR refused to overturn the goal after a lengthy check from English ref Anthony Taylor.

It was eventually determined that Spain defender Eric Garcia’s slight touch rendered Mbappe's starting position a moot point and resulted in the goal standing – but many were left fuming over the decision.

Former Liverpool and Tottenham star Jamie Redknapp told Sky Sports: “It's a really hard one to understand because from Spain's point of view, you're trying to keep a good line.

“Mbappe has got incredible pace but he gets the timing of his run wrong. It's the slightest of touches from Garcia.

“What the rules say is that it then becomes a second phase of play but what is Garcia supposed to do? Is he meant to just let it go even though he doesn't know what's behind him?

“You can see from the moment Theo Hernandez plays the ball, he's definitely offside. But because of this delicate touch from Garcia, it's a new phase of play. But for me it isn't. It's a really poor interpretation of the rule. I don't like it and it feels unfair.”

Redknapp added: “It's the slightest touch. It's not like he's tried to play it back to his goalkeeper. As a defence, you keep a good line and you have to somehow get a touch on it. If he put his flag up, no one would've asked any questions.

“It's so contentious. We want to see goals in football, of course we do. We're crying out for VAR to give more goals but this one feels really unfortunate for Spain in my point of view. I do feel sorry for the officials.

“It's not VAR's fault… it's the rule. It's been around for around 18 months this interpretation but I don't feel we've seen enough examples of it in big games for it to be such a talking point but it's certainly won a final today so it'll become a talking point now for sure.”

The Spanish media were just as fuming over the decision this morning – with Sport even plastering their front page with the word ‘Injustice’. 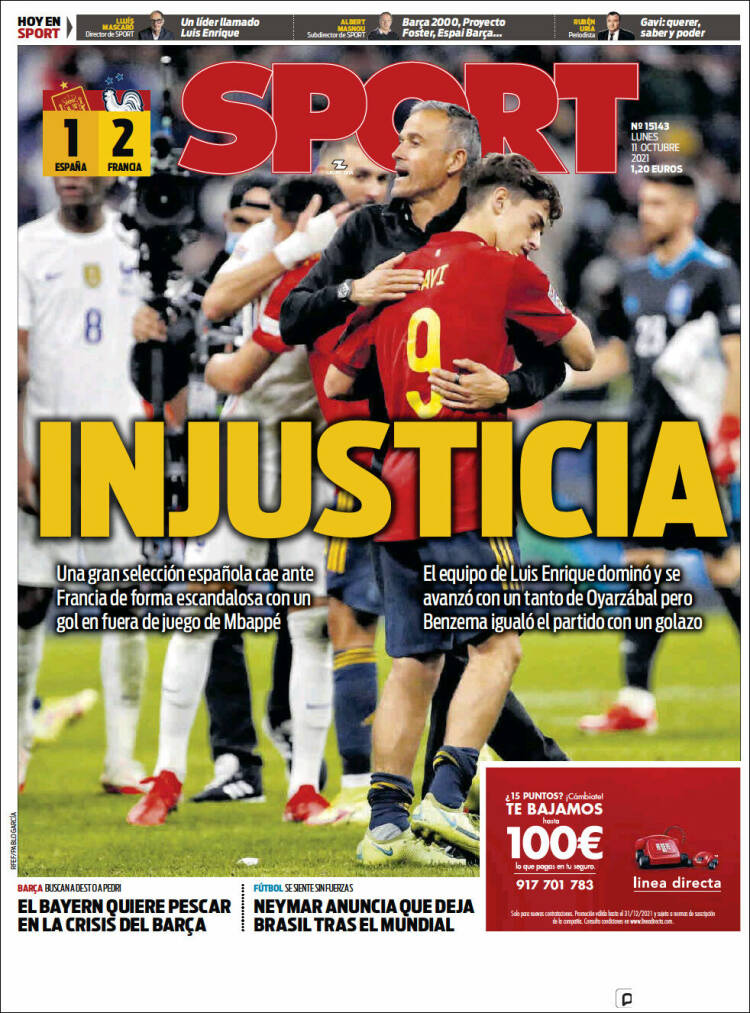 However, ESPN’s Dale Johnson explained the reasoning behind it in depth on Twitter, writing: “The point when the ball is touched by the passer purely sets each player's position relative to each other for offside. It's what happens after this which decides if there is any offence.

“This is the clause which is key to the onside decision in the Kylian Mbappe goal.

“A player in an offside position receiving the ball from an opponent who deliberately plays the ball, including by deliberate handball, is not considered to have gained an advantage.

“At this point, Eric Garcia makes a deliberate play for the ball, and because he touches it that is considered to reset the offside phase and play Kylian Mbappe onside.

“Quirk: if Garcia missed the ball completely at this point, Mbappe would be offside and the goal disallowed.”

He added: “An important factor in the decision is the distance between Mbappe and Garcia.

“The consideration here is Mbappe cannot be ‘challenging an opponent,’ which would have been an offside offence.

“Obviously, a goal like this raises many questions. Garcia wouldn't attempt to make this interception if Mbappe wasn't behind him in an offside position.

“So in effect Garcia is penalised for trying to make that interception, and Mbappe actually profits from being in the offside position due to the failed interception.”