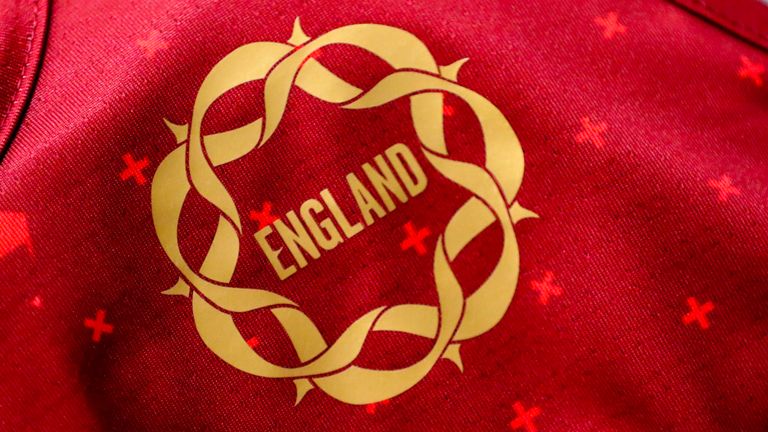 In this week’s column, Tamsin Greenway discusses the England Vitality Roses full-time squad and the athletes that have been selected for the England Futures programme, as the group builds towards a home Commonwealth Games next year.

On Tuesday morning it was great to see that England’s squads had been announced. After so many impressive and consistent performances in the Vitality Netball Superleague, it was an eagerly anticipated day and one that shows just how much talent England has right now.

When you look at the 24-player full-time squad, there’s a real mix of senior players who have been there and done it, alongside a crop of exciting younger talents as well.

In terms of omissions, it’s actually very difficult to say whether there are any significant shocks or surprises, because you don’t know exactly which players put their hands up for selection.

With England’s full-time programme athletes need to ‘apply’, which means they need to make it known that they are available for the programme and can commit to it. Those athletes will then be considered by the selectors and then as head coach, Jess Thirlby, will have the final say on which individuals are included.

On announcement day, Kadeen Corbin was someone who said that she had put her name forwards, but wasn’t selected. She took to social media to share her disappointment at not being a part of the group for this important year ahead.

1/2 Some news can be exciting and happy ones but this news ain't one of those. Not being selected for the roses programme still feels disappointing ? like the day I got told. Knowing the championship years we are about to embark ….. pic.twitter.com/FAS5yHHHL7

There are also some other names from recent squads which haven’t been included this time; the likes of Yaz Parsons and Iona Christian, also Kate Shimmin from overseas, Eboni Usoro-Brown and a player I was disappointed not to see, Jodie Gibson.

However, we just don’t know about their individual situations. For example, with Eboni having a young daughter, committing to a full-time programme is likely to be difficult, and for some of the others, they may also have not put themselves forwards at this point in time.

Congratulations to all these superstars ?❤ at the time of selection I decided I wasn't in a place to take a FT contract. I was only a few rounds in and still needed a little more time to assess whether my knees could cope with the demads of the programme. https://t.co/GKxik7xp3n

Since announcing the squad, Jess Thirlby has said that the door isn’t closed to any athlete that’s eligible to play for England.

So, in theory, if she did want to call upon someone else then she’d be in a position to do that however, you do expect that the players who have been named will lead the way over the coming year.

If you look at the athletes who are based in England, then I would say that the squad is still quite defence heavy. However, with five attackers based overseas that’s unsurprising, but it’s more about the breakdown of positions.

The WD-Centre area is still very congested, and it’s been highlighted ahead of England’s most-recent tours and competitions.

For that reason, I would have actually liked to have seen Brie Grierson, who was named as a Futures athlete, included in the full-time programme instead. She’s stepped up this season and would have added depth to the Roses’ options at WA within that full-time squad.

Grateful and excited for this opportunity!! What a group to work with ?? https://t.co/gwMrWGOk55

At the moment, Natalie Haythornthwaite is the starter at WA, but she’s playing overseas. The recent back up to her has been Chelsea Pitman, who isn’t playing Suncorp Super Netball at the moment, and then there’s Laura Malcolm who has played mostly at WD this season where she has been outstanding.

Hannah Joseph has been brought back into the mix, but I would have liked to have seen room made for Brie, to ensure that the WA position keeps on developing and evolving over the course of the next year.

Elsewhere within the Futures, I also think that Alice Harvey, Suzie Liverseidge and Jasmin Odeogberin could have had a significant impact within that programme and continued their superb seasons. But, the seven that have been selected are all real prospects.

Yet again on Monday night, Funmi Fadoju showed what an incredible talent she is and how she can change games on her own. It won’t be long before she’s knocking on the door and being seriously looked at in terms of senior selection.

Amy Carter has already shown what she can do in an England dress, and is being given more court time at Manchester Thunder this season, while Fadoju’s Pulse teammates are all improving by the round within Superleague.

Sienna Rushton, who I’ve worked with before, is someone who is fiercely determined and has a wise head on her young shoulders, and then the introduction of Grierson is hugely merited, as I said.

Strength in depth across England. A great squad and an exciting position to be in building up to CWG ?? https://t.co/vGPyySlhUn

With a home Commonwealth Games less than a year away, the Roses’ focus now needs to be on bringing together all of these players and cementing England’s identity as a unit on court.

Jess Thirlby has a great group of players here, and a group that has so many different styles within it, but her focus will need to be on deciding the direction they want to move in, and crucially which players will fit into that.

Key partnerships on the court need to be cemented, and decisions have to be made about starting line-ups, impact players and team culture. Ultimately, the next six months will be crucial for England in terms of reinforcing their style and managing 24 players on and off the court.

For every national side it’s an exciting time as the Commonwealth Games comes into sight, and as defending champions, England will know that they need to step up again in order to defend their title.

Sky Sports is your home of netball. The Vitality Netball Superleague continues on Sunday with Round 16 and four back-to-back matches streamed live on the Sky Sports YouTube channel from 12pm.

England’s Joe Root batted ‘out of this world’ in ‘perfect example’ of how to play spin, says Rob Key