Laura Kenny suffered a huge crash in a dramatic high-speed collision at the Tokyo Olympics.

Britain’s five-time Olympic champion was brought down coming into the final lap of the first event of the women’s Omnium at the Izu Velodrome.

Kenny had won two of the four events in the omnium, but it wasn’t enough as she finished the omnium in sixth place. 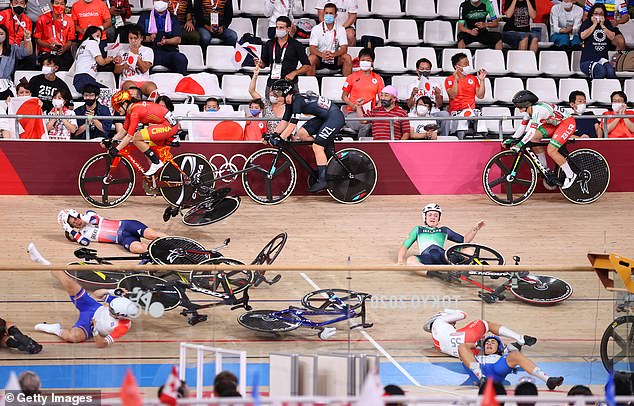 Kenny has been selected as Great Britain’s flag bearer for the closing ceremony of the Olympics in Tokyo.

Earlier in the tournament Kenny claimed her fifth Olympic title and became the first British woman to win gold at three successive Games after victory in the women’s Madison alongside Katie Archibald.

Speaking after the victory, Kenny said: ‘It’s an absolute honour to be selected as the Team GB flag bearer for the Tokyo 2020 closing ceremony, and it rounds off my Games experience.

‘The past 18 months have been tough for everyone, and I really hope me and my Team GB team-mates have given the nation something to celebrate.

‘It hasn’t quite sunk in that I am now Britain’s most successful female athlete, all I know is that I’ve worked so hard to be here and I couldn’t have done it without the support of my family, friends and everyone at British Cycling.’ 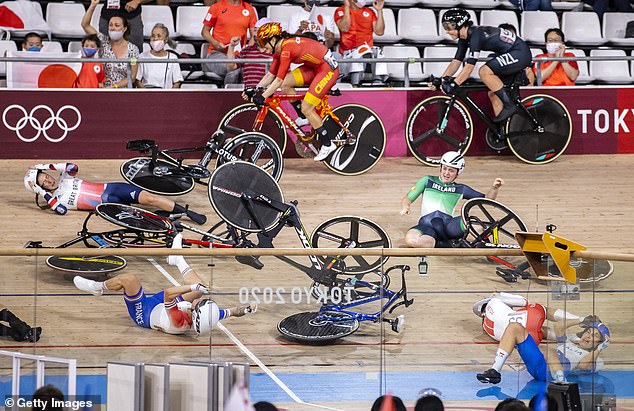