Team GB were dealt a cruel hand in the rowing once more as Emily Craig and Imogen Grant were pipped to a bronze medal by just one-hundredths of a second.

The British pair would have hoped for a gold medal on the waters but they instead finished outside the podium places by the smallest of margins.

The duo were pipped to a bronze medal by Holland, while Italy won the event and France took silver. 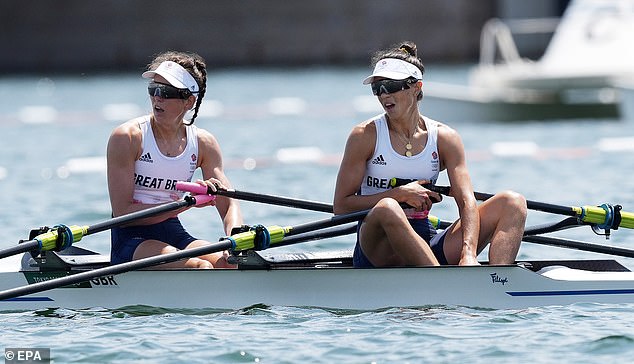 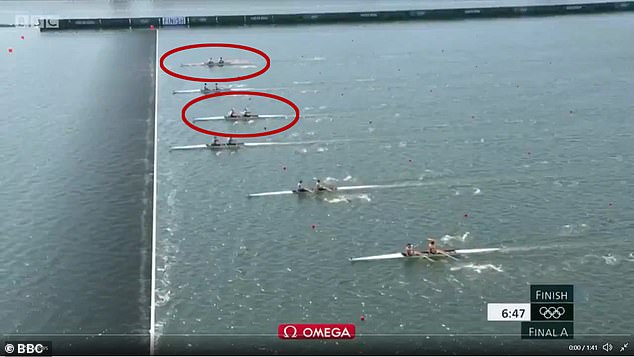 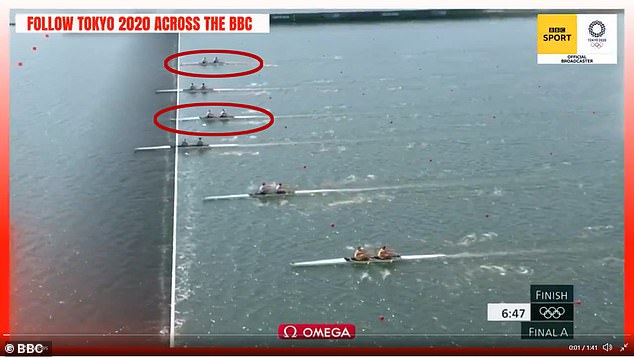 Holland, who faded during the final, edged out Team GB by just one-hundredths of a second 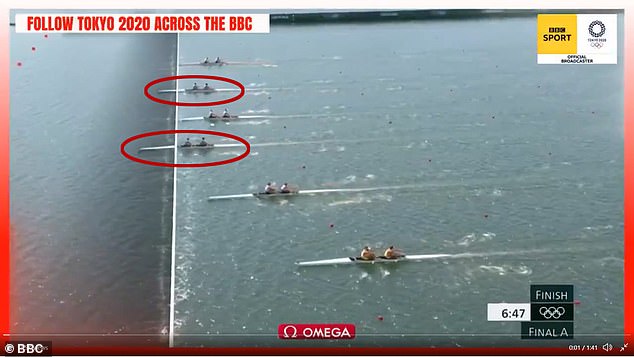 Reflecting on their tactics, Grant believes they couldn’t have done anything differently.

‘In a lot of ways pretty much everything went to plan,’ she told BBC Sport.

‘We knew it was going to be exceptionally tight. We knew the other crews have exceptionally high standards. We knew we were going to execute our race plan as best as we possibly could and find another gear if we could.

‘And to be honest, all those things went to plan. It just wasn’t the outcome we had hoped for. As with an Olympic final, my legs felt like they were going through treacle in the last few strokes – and that’s where we probably might have lost it. But ultimately that means we emptied the tank completely.

‘I’m sure it’ll will sink in [on finishing fourth]. At the moment, I’m just trying not to puke too much! Trying to make sure I don’t pass out – all the really visceral feelings.

‘Being at an Olympic Games is about more than just a medal. It’s about where you have come over the last two years from out medal in 2019. Obviously we were hoping to come away with a medal here, but ultimately I’m really proud of what we have done.’ 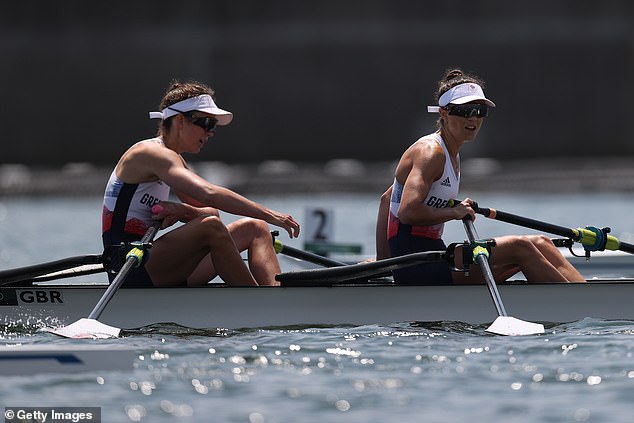