TODAY’s young tennis stars are better managed nowadays, but Emma Raducanu will want to avoid the nightmare that befell teen sensations in the past.

The 18-year-old star made history this weekend after beating Leylah Fernandez in the US Open final. 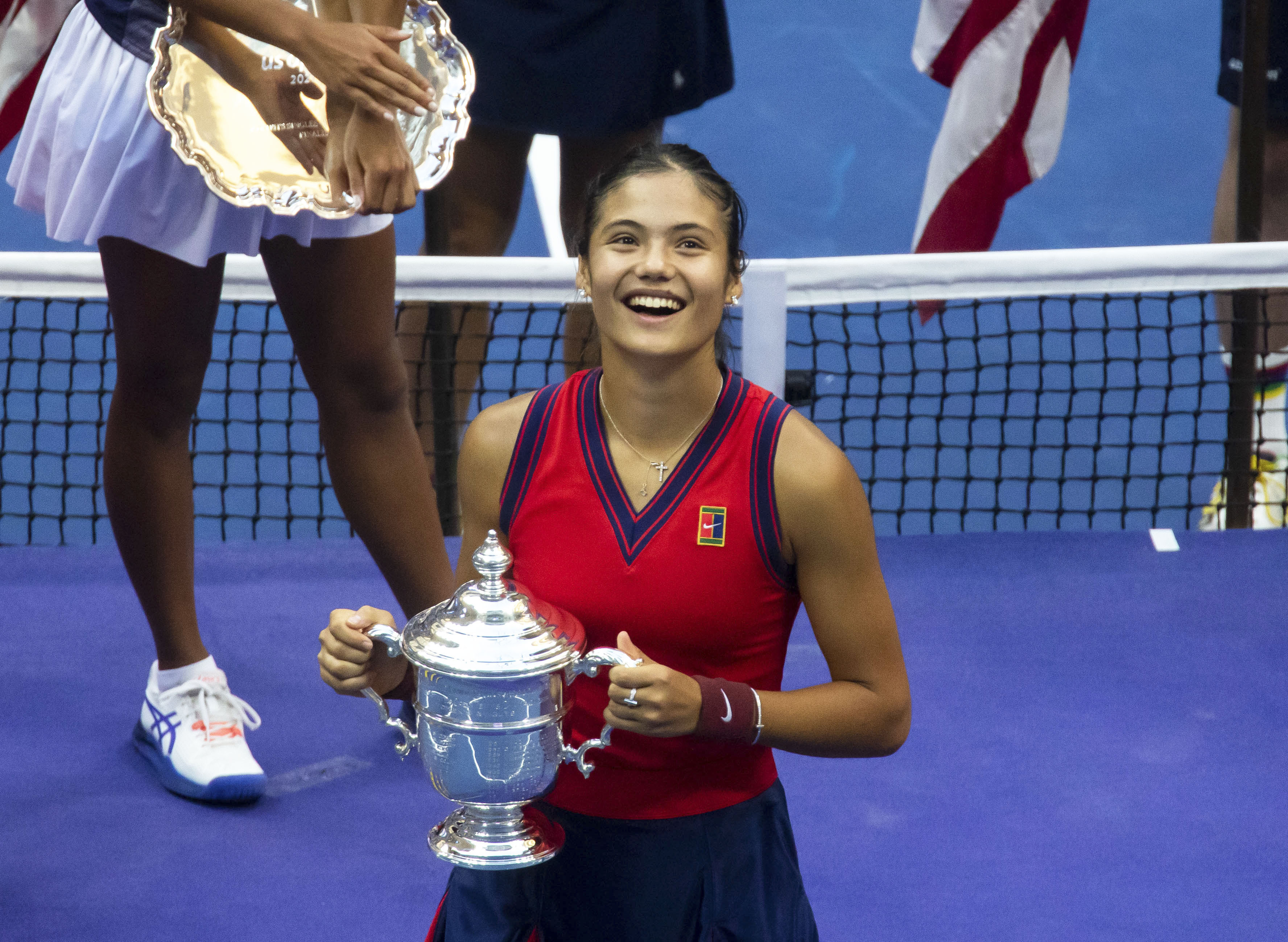 She's the first British woman to win a Grand Slam title since Virginia Wade in 1968 and the competition's youngest champion since Maria Sharapova in 2004.

Emma's phenomenal success at the weekend will hopefully be just the start of a lengthy professional career – and earn her millions of pounds.

But in the past, a number of other young stars were tipped for big things only for their careers to be derailed through a series of tragic incidents.

Women’s tennis brought in a new set of age restrictions – dubbed the 'Jennifer Capriati rules’ after the American who became a top 10 player at just 14.

Capriati, from Florida, was only 13 when she became a star of the women’s tennis circuit.

Five years later in 1994 at the age of 18, she was arrested for shoplifting and taking drugs.

Capriati had already won three grand slam singles titles and won Olympic gold at Barcelona in 1992 before her fall from grace.

She spent 23 days in drug rehabilitation after being charged with possession of marijuana.

Her return to tennis was doomed when she crashed out of the US Open in the first round, the result of burn-out.

At the same age as Emma Raducanu, she admitted to contemplating suicide.

Jennifer, now 45, told the New York Times at the time: “Mentally I just lost it. 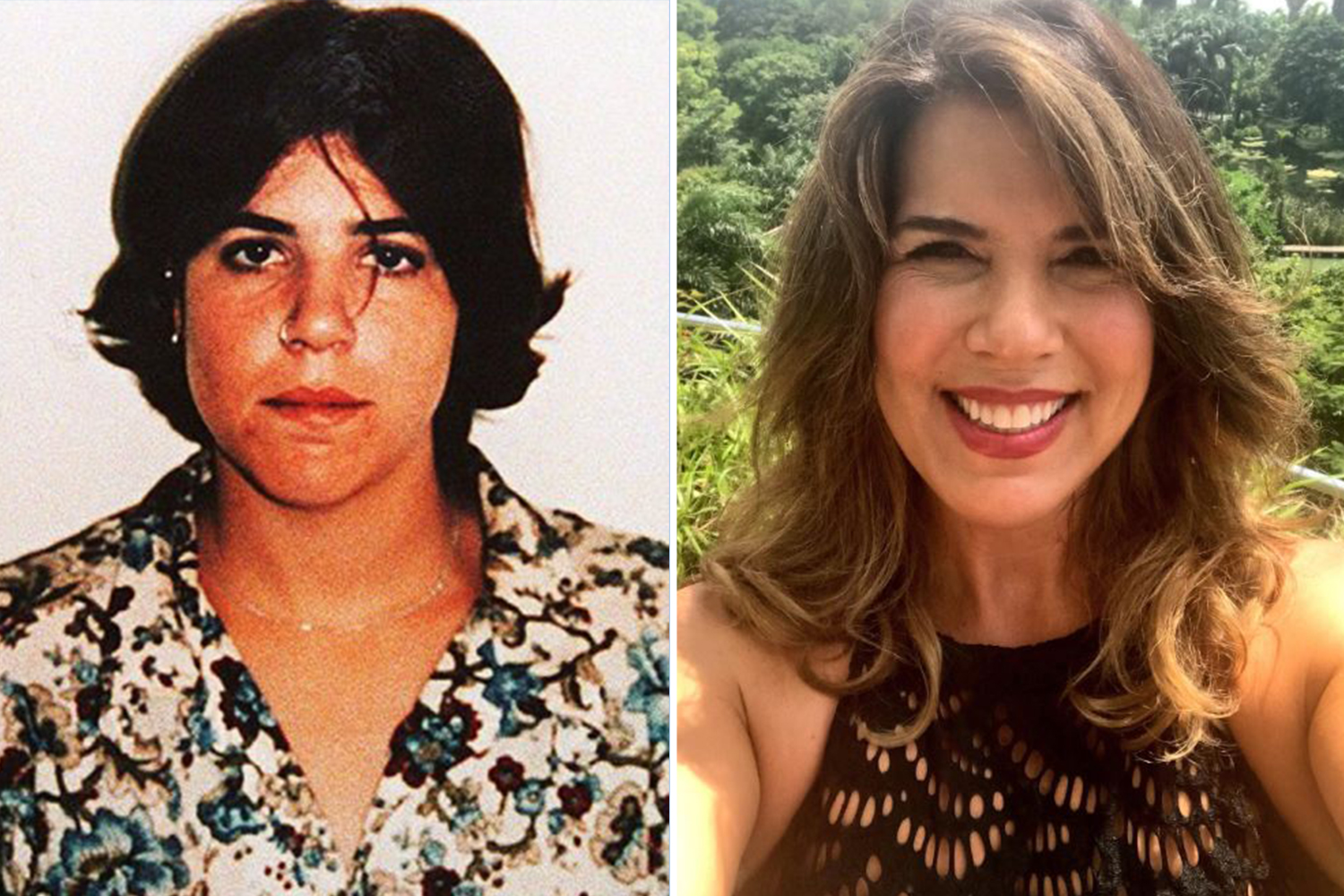 “I really wasn’t happy with myself, my tennis, my life, my parents, my coaches…

“When I looked in the mirror, I actually saw this distorted image. I was so ugly and fat, I just wanted to kill myself.”

She slowly returned to championship form, winning her first title in six years in Strasbourg in 1999 and regaining a top-20 ranking.

At the 2001 Australian Open she became the lowest seed ever to win the championship when she defeated Martina Hingis in straight sets for her first Grand Slam championship.

When I looked in the mirror, I actually saw this distorted image. I was so ugly and fat, I just wanted to kill myself

Capriati also won the French Open that year and became world Number One.

Injuries derailed her career in 2004 and six years later she was treated for a drug overdose.

In 2013, Capriati was charged with battery and stalking after reportedly following and striking former boyfriend Ivan Brennan on Valentine's Day.

The charges were later dropped but she completed 30 hours of community service and four hours of anger management counselling in connection with the incident.

American Andrea Jaeger turned professional at 14 was good enough to be seeded at Wimbledon when she was just 15.

A year later, at just 16 she was world World Number Two.

But she tanked in the 1983 Wimbledon final against Martina Navratilova. 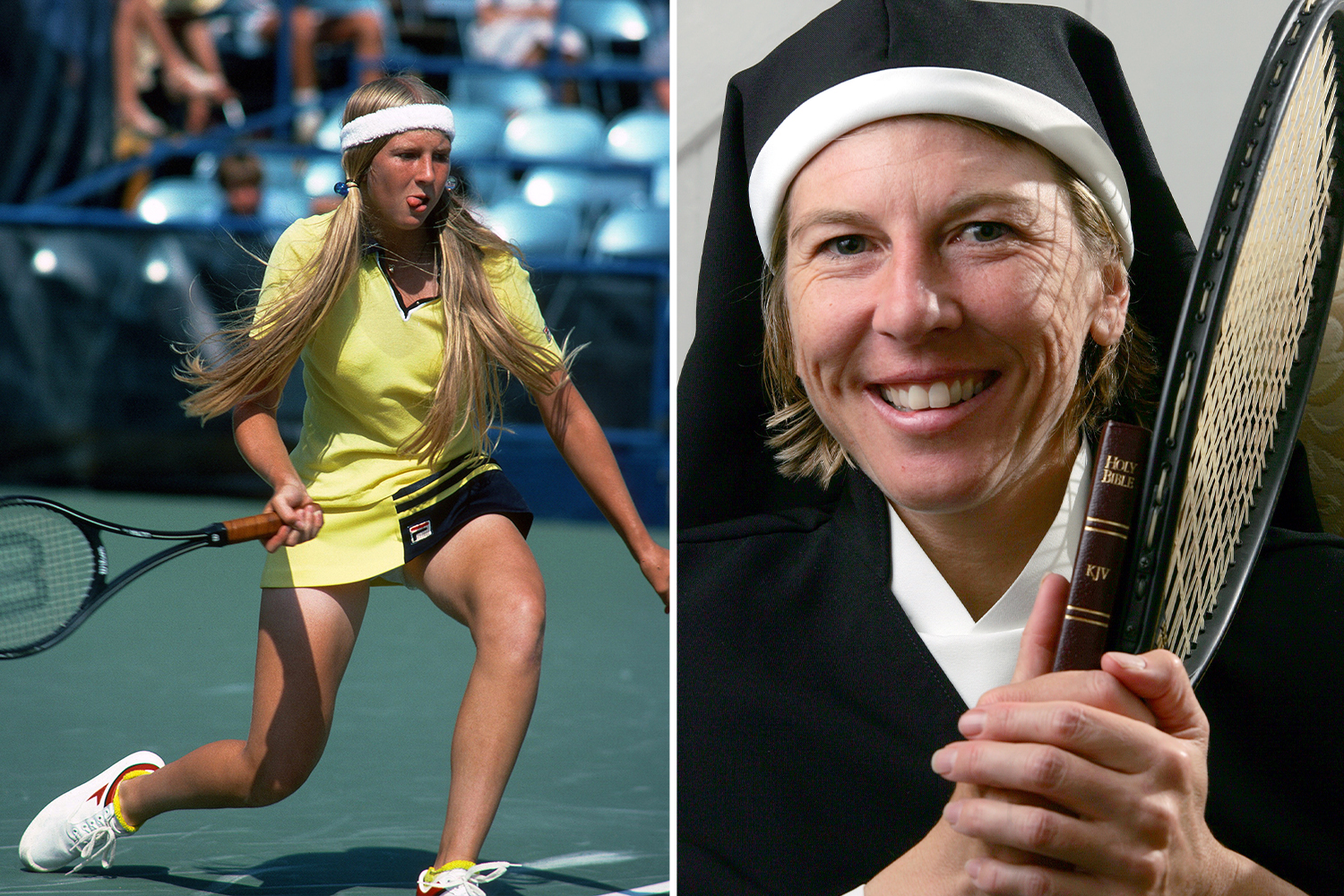 Having won 10 singles and millions of dollars, she quit the sport, age 20, due to injuries.

Admitting she was burnt out from tennis, Jaegar, 56, decided to dedicate the rest of her life to good causes and she is now a nun.

She said: “When I was on the circuit I wish someone had taken me under their arm and said ‘Look you’re great at tennis but I’m going to help you teach you about life and not just tennis.

“My friendship with God has always been the strongest thing in my life. So, when I was given the choice between tennis and working with kids I knew I didn’t want to be on the circuit.

“When my shoulder popped, I thought, ‘great I can go and help kids full time.'”

In 2006 Jaeger became Sister Andrea a Dominican nun and member of the Episcopal Church in Santa Rosa Beach Florida.

Tracy Austin was top of the tennis world, winning the US Open at just 16.

She had beaten legends Martina Navratilova and Chris Evert and celebrated at McDonald’s straight after the presentation.

Tracy starred in television commercials while finishing school in southern California and reached world No. 1.

She quit the game at 22 because of back problems and in 1989 she was working on a comeback when a car crash virtually ended her career. 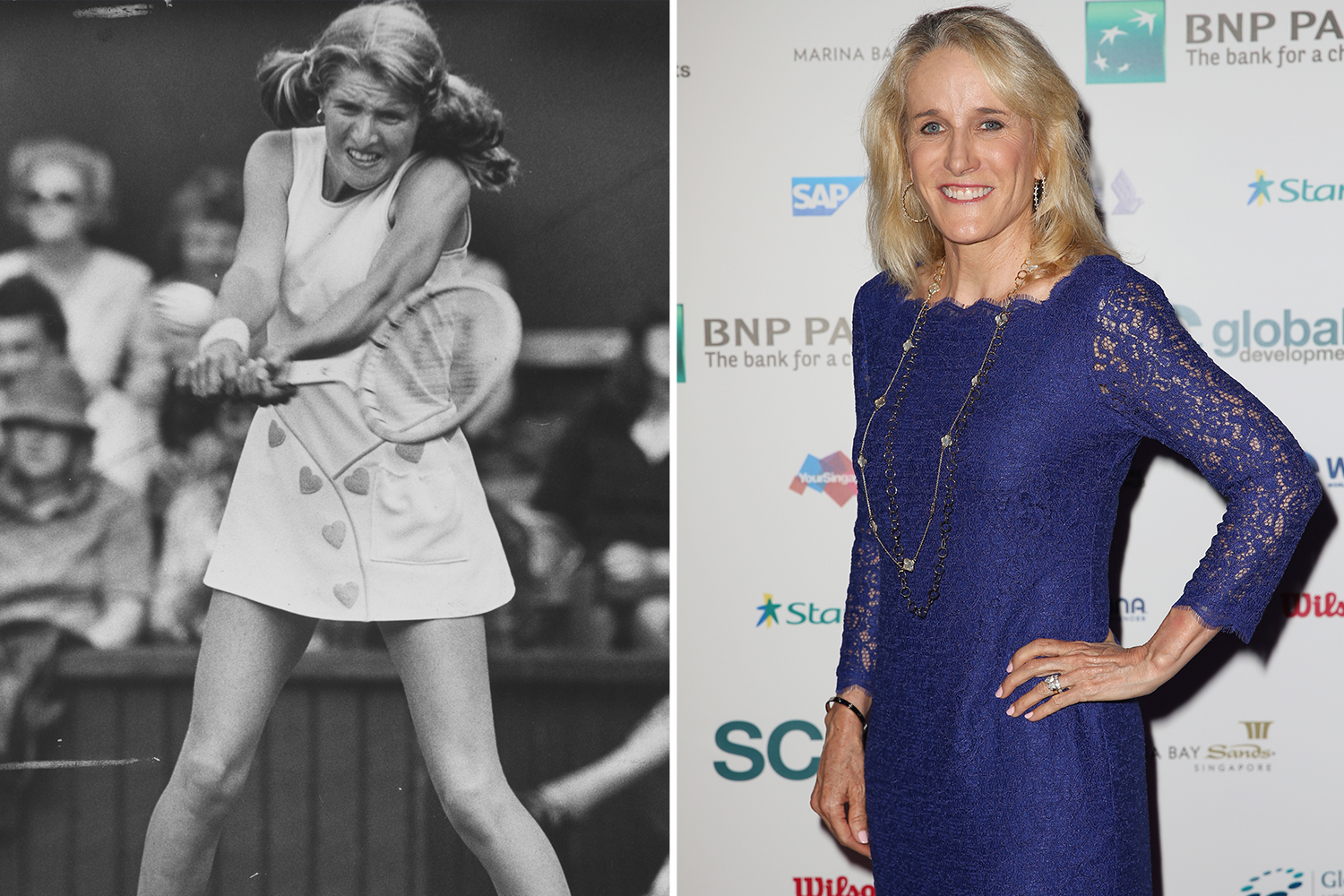 In August 1989 a van travelling at 65 miles per hour ploughed into the driver’s side of her car causing back injuries, bruising to the heart and spleen and a shattered knee which had to be repaired with screws.

She tried another comeback in 1993 but wasn’t successful and she retired the following year.

Austin, 58 who is now a tennis commentator, said: “I was Number One in the world at 17 but I never played the French or Australian Opens because of school.

“I do wonder if I might have won more titles if I’d put school on hold but there was no one advising me.

“And I’d have to say it was good to get back to normal at that time because my tennis life was amazingly abnormal.”

Former World No 1 Monica Seles turned pro at 16 and won eight of her nine grand slam singles titles as a teenager.

In 1990, Seles became the youngest-ever French Open champion at the age of 16.

But three years later her career almost ended when she was stabbed by a crazed fan. 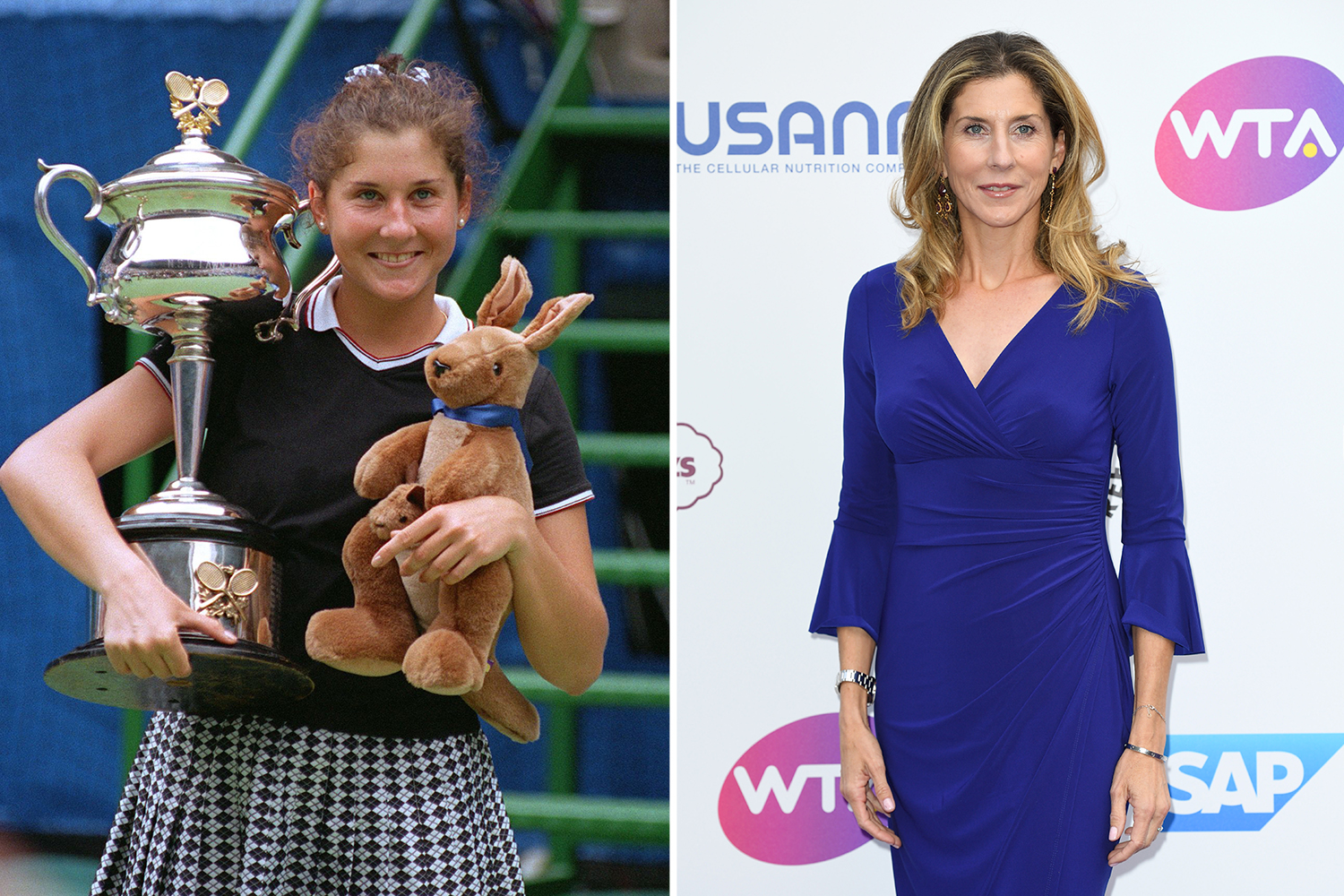 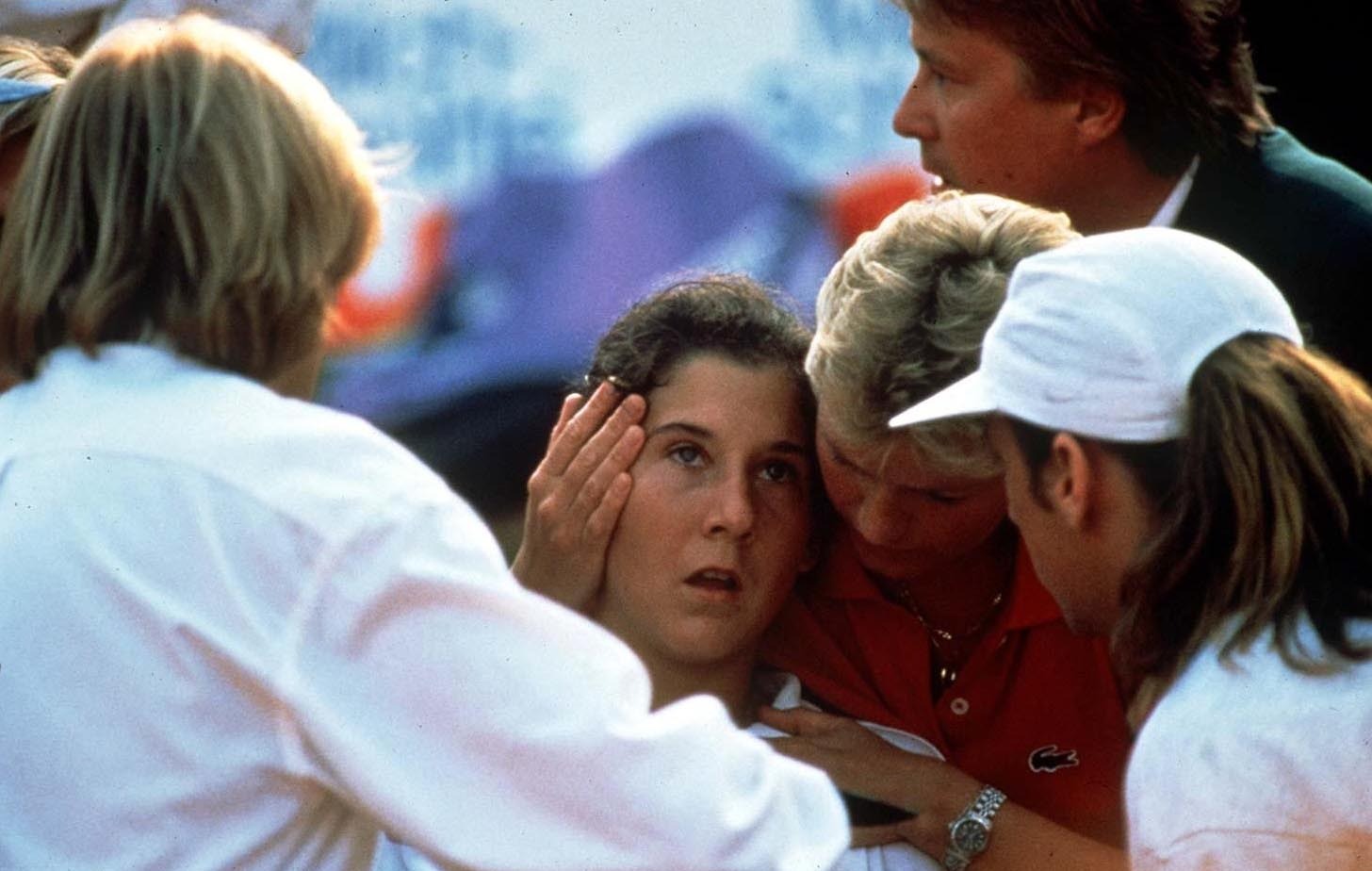 During a match on April 30, 1993, German Gunter Parche, a fan of Seles’ rival Steffi Graf ran from the edge of the court in Hamburg and stabbed Monica in the back with a nine-inch (23 cm) long knife.

Seles did not return to tennis for over two years and never played a match in Germany again after the authorities gave her attacker just two years’ probation.

Though she enjoyed some success after rejoining the tour in 1995, including victory at the 1996 Australian Open, she was unable to consistently produce her best form.

She played her last professional match at the 2003 French Open, but did not officially retire until February 2008.

Monica, now 47 and living in Florida, had the potential to become the most accomplished female player of all time had she not been stabbed.

Oisin Murphy: Champion jockey will ‘do everything’ to prove innocence after failing drugs test