TEOFIMO LOPEZ ripped off his T-shirt and squared up to George Kambosos Jr during their fiery press conference. 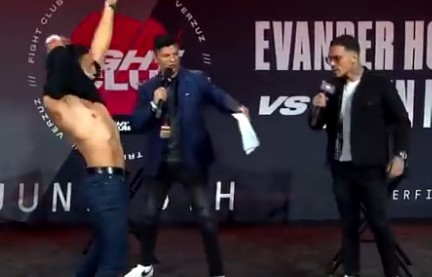 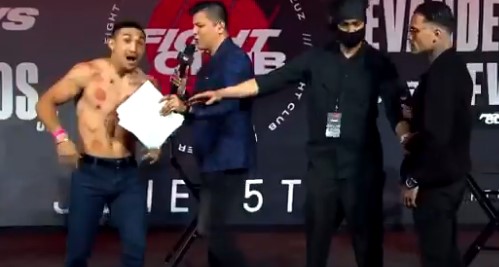 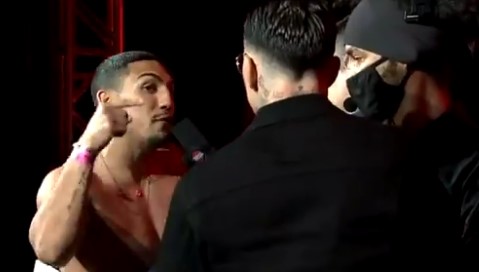 But all hell broke loose on stage as the pair confirmed their headliner, and the fight threatened to start early.

Lopez, 23, said: “You’re lucky we’re not fighting right now. In reality I would put you on a f***ing stretcher.”

It prompted champion Lopez to take off his top and rush over to his future opponent, where the two traded more words.

The American shot to stardom last October as he stunned Vasiliy Lomachenko, 33, to win the titles.

And Lopez warned his destructive streak will resume with Kambosos on the deck.

He said: “You just showed me an example of why I’m gonna put everybody on their f***ing ass.

“You know what, I’m gonna put my foot on your neck, my dude.”

Lopez, making a mandatory defence of his IBF title, predicted he will knock out Kambosos in three rounds.

He told FightHype: “It won’t go past three, and that’s what I stay on.

"I’m even thinking about putting money on it. So yeah, Kambosos, you’re going down within three.”