Home » Sport » ‘The AOC does not live in a bubble’: Olympic chiefs plan base camps to quarantine athletes

Australian Olympic Committee chief executive Matt Carroll says the organisation and the Olympic movement "does not live in a bubble", insisting the health of athletes was the No.1 priority ahead of the Tokyo Games.

Carroll and Australia's chef de mission, Ian Chesterman, were involved in a worldwide phone hook-up with the IOC on Wednesday night as Games organisers grapple with the spread of the coronavirus and its impact on world sport. 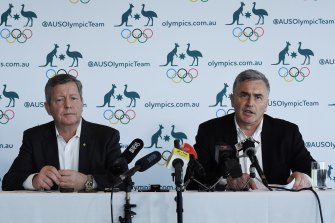 IOC president Thomas Bach is adamant there is no need for any drastic decisions to be made yet and Australian officials are now looking at how to get athletes to Japan without coronavirus.

"The AOC does not live in a bubble," Carroll said. “We recognise there is a global health crisis. We recognise that people are suffering – people are sick, people are losing jobs, businesses are struggling amid enormous community uncertainty. Things are changing everyday and we all must adapt.

“Equally, the International Olympic Committee (IOC), advised by the World Health Organisation, has assured us that the Olympic Games in Tokyo are proceeding in four months. We owe it to our Australian athletes to do everything we can to ensure they will participate with the best opportunity in those Games.

“We gain confidence from the IOC’s overriding principles regarding staging the Games. Namely, to protect the health of everyone involved and support the containment of the virus. And secondly to safeguard the interests of the athletes and of Olympic sport." 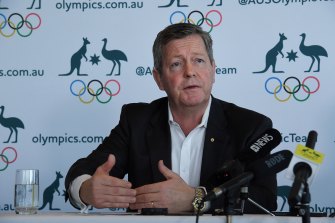 Chesterman, who confirmed organisers would cancel the Games rather than postpone them if they had to be called off, said the AOC would now begin planning how to deliver athletes safely to Tokyo without COVID-19.

They will set up quarantined base camps around the country for different sports to try to ensure athletes can continue training with minimal risk of infection. Chesterman said they would also look to transport athletes via charter flights.

“We are starting conversations with our sports about what that looks like. But initiatives on the table include extended pre-Games camps in Australia or in Japan. The option of taking the team direct from the pre-camps into Tokyo via charter supports that period of pre-Games isolation. We will look at potentially minimising the time they spend in the Olympic Village," Chesterman said.

“We will work with sports to curate bespoke solutions to deliver our athletes to the Games fit and healthy and ready to go. 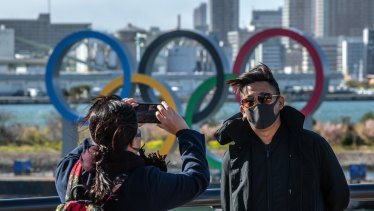 Tokyo is preparing to host the Games from July 24.Credit:Getty Images

“I continually get feedback that they want to go to the Games. The athletes have been very strong in their continued desire to train.”

Carroll, who will hold a conference call with heads of Australian sports on Friday, defended Olympic organisers for pressing ahead with plans for the Games to go ahead from July 24.

"The AOC … we can manage whenever they want to make that decision. The main thing we have to manage is the health and the wellbeing of the athletes and everyone we want to send to Tokyo."

Australia is planning on sending about 480 athletes to Tokyo but the overall delegation including coaches, officials and other staff will be closer to 1000, Carroll said.

The AOC chief said he had had asked the IOC for details on what the quarantine requirements would be like for Japan and for assurances about the safety of the athetes' village and what would happen if the virus broke out among athletes during the Games.

"We would told by the president last night we'll have answers to those questions by the end of this week," Carroll said.

The IOC is standing by its plans for athletes to compete in front of crowds in Japan rather than behind closed doors.

On this day in 2007: Tiger Woods wins US PGA Championship for second year in row