A mobile solar system and off-grid powerwall developed by clean energy giant Tesla could be used in in bushfire-ravaged communities and other disaster zones after it is trialled during the second SailGP season.

An eight-month collaboration and development between the global sailing league and American company will result in the system being used for the opening event on Sydney Harbour this week. 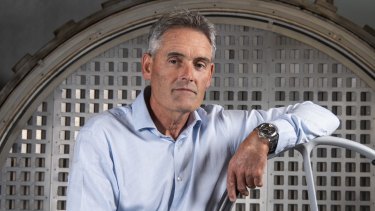 The powerwall system will be used to power the battery container for the revolutionary F50 boats, which will zip around the picturesque venue at speeds of up to 50 knots per hour.

SailGP chief executive Sir Russell Coutts has set the ambitious target of reaching zero carbon by 2025 and the powerwall system is the signature development for the second series, which also include events in San Francisco, New York, Cowes (United Kingdom) and Copenhagen.

Tesla has designed an apparatus which can be built within an hour and dismantled in a similar time before being transported across the world for other competitions.

But it is in everyday life where Coutts thinks the system could also be deployed, which would be extended to natural disaster zones where communities are without power.

It's now created a solution not just for our events and similar events around the world, but also disaster relief in remote areas

"It's now created a solution not just for our events and similar events around the world, but also disaster relief in remote areas," Coutts said. "This could provide a solution when power goes out.

"I can see it being transported in a faster way than a ship container. We were probably focused on solving our immediate problems, but then you wonder this can be used for another application as well."

SailGP is also planning to recycle the carbon fibre from its first season F50 wingsails to be used on other race boats in future seasons.

Coutts focused on eliminating single use plastics during the opening year and will forge on with a range of other initiatives this year.

Biofuels will be used for some of the course officials boats and Coutts, a former Olympic Games gold medal winner and America's Cup legend, makes no apology about SailGP's ambitious carbon neutral target.

"We want to be cleaner, greener and faster," he said. "Our boats are already fast and faster in this case really means carbon neutrality across all our operations by 2025. Everyone involved is really passionate about the environment we operate in.

"Last year we took lots of initiatives like eliminating single use plastics. But now we've expanded that enormously across a whole range of practices in our business – and we will continue to do so with our partners in the future."

The second season of SailGP will see the addition of two new teams, Spain and Denmark, for the competition's first event on Sydney Harbour starting Friday. Australia will be the defending champions.

Glorious Goodwood: Mark Johnston on when and how Charlie Johnston will be taking over the reins of the Middleham empire