Home » Sport » They may be the Aldi Olympics, but the Commonwealth Games breed champions

As sure as night follows day, the arrival of the Commonwealth Games every four years prompts its critics to belch forth the searing observation that it is not, in fact, the Olympics. The standard is just not as high, they cunningly point out, due to the lack of sporting giants like the USA and China.

Bravo to them, for they are correct, then, now and forever. Come the regional Victorian Games in 2026, they can be just as smug, safe in the knowledge that no Norwegian hurdlers or Iranian weightlifters will be robbing the host nation of gold medals that are rightfully ours to plunder. 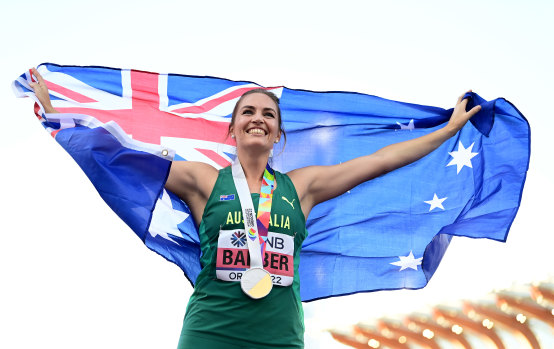 Double world champion Kelsey-Lee Barber says the Commonwealth Games have been vital to her global success in javelin.Credit:Getty

It’s a base-level take based on the relevance of the Games to the consumer, not the athletes or the sports they represent. The Aldi Olympics they may be in terms of wider appeal but the Commonwealth Games have been an invaluable breeding ground that continues to turn rising athletes into world and Olympic champions.

Sports federations don’t look at the Commonwealth Games purely in terms of competitive output, although that’s always the aim of the game. What they do offer is a pared-down Olympic experience, complete with all the trimmings that can be the undoing of some competitors when they finally land on the grand stage.

There is village life, in tiny beds, with shared dorms that have athletes coming and going at all hours of the day or night. There are late finishes, with early starts, punctuated by hours on buses or vans, some of which turn up on time, others which may take a scenic route to a venue or training facility.

There are media commitments, some of which take on a life of their own and turn their week inside-out (ask Kyle Chalmers), and dining halls and COVID protocols and doping tests. It adds up to a small version of a big picture that makes the transition to an Olympic experience that much smoother. 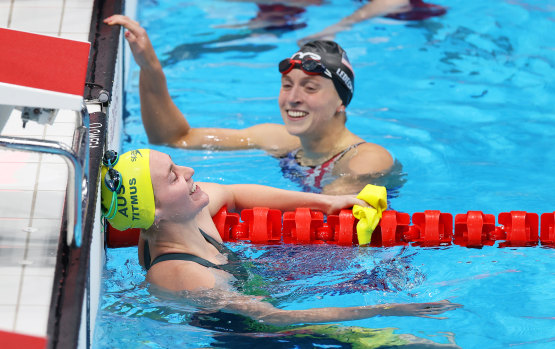 Ariarne Titmus announced herself to Australia at the 2018 Commonwealth Games on the Gold Coast. Three years later, she would be a world and Olympic champion, beating the great Katie Ledecky in the process.Credit:Getty Images

On the field of play, or in the pool, the results continue to speak for themselves. Before Emma McKeon was an Olympic record-breaker, she was a prolific Commonwealth champion, having eight gold medals to her name before she even dipped her toe in the water in Birmingham.

And at the 2018 Games on the Gold Coast, the breakout star was a prolific Tasmanian teenager called Ariarne Titmus. One year later, she would beat Katie Ledecky at the FINA world championships, then go on to win dual gold in an unforgettable outing in Tokyo.

It’s easy to think Australia has always had its way in the Commonwealth pool but that’s hardly the case. In 2006, not a single Australian male swimmer won individual gold, with the only appearance on the top of the podium coming in the medley relay.

But from that was born a new generation of elite athletes like Eamon Sullivan, who would soon be breaking world records in the 100m freestyle and winning three medals at the 2008 Olympics in Beijing.

“The Commonwealth Games plays a vital role in developing our athletes. They get a Games experience, they get a village experience. It’s not living in a nice hotel, they are eating in food halls, on buses all the time, walking a lot. There are a lot of things they learn to do,” said Australia’s head swimming coach Rohan Taylor.

“You’re part of a larger family. For me, it’s a really great learning curve. The standard of performance, well, it’s hit and miss in some events. But they are here to do their best and the biggest thing I find, having been involved with Commonwealth Games since 1998, is the chance to represent your country. They’re part of that tradition.

“That experience really does assist them when they go to the Olympics. Yes, it’s another level, but it really does help.”

Those stories abound in so many Commonwealth sports. In track and field, it has been the perfect stepping stone towards higher honours. In 2014, Eleanor Patterson won the high jump in Glasgow. Last week, she became the world champion.

Javelin’s Kelsey-Lee Barber is now a two-time world champion, with her second gong in Oregon making her the first woman to go back-to-back. She said none of it would have happened if she hadn’t had the chance to cut her teeth at the Commonwealth Games.

“I can really speak to this because 2014 [Glasgow] was my first team and it was a perfect introduction to what it’s like at a championships, what the village is like and the atmosphere and pressure of a major championship,” Barber said.

Get all the latest news from the Birmingham Commonwealth Games here. We’ll be live blogging the action from 4pm-10am daily.

News, results and expert analysis from the weekend of sport sent every Monday. Sign up for our Sport newsletter.

Arsenal verdict: Gunners did not miss Aubameyang vs Saints after disciplinary axe and Martinelli could fill in from now