Yoshiro Mori is expected to resign

Yoshiro Mori, the beleaguered president of the Tokyo 2020 Olympics organising committee, is expected to resign after his sexist remarks sparked a fierce backlash that has threatened to overshadow the lead-up to the Games.

The former prime minister admitted that he could not allow the controversy to drag on any further, although his resignation is likely to raise further doubts over whether the Olympics should be held at all this summer, with Japan’s population still overwhelmingly in favour of cancelling the event.

Mori’s derogatory comment that women “talk too much” in meetings incited a huge wave of public outcry, with hundreds of volunteers dropping out, while a local poll found that almost 60 per cent of people considered Mori “unfit” to lead the organising committee.

Mori did not confirm the reports that he would step down but said he would “explain his thoughts” at a meeting on Friday. “I cannot let this problem prolong any longer,” he said. 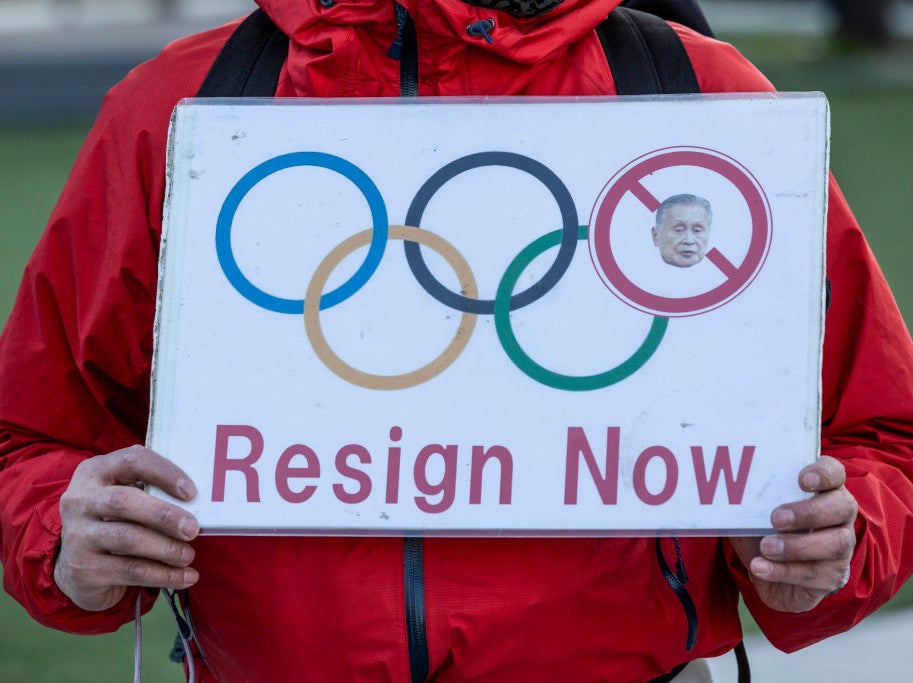 A protestor calls for Mori’s resignation

Mori had initially refused to resign when apologising for the remarks at a hastily arranged press conference on 4 February, admitting they were inappropriate and against the Olympic spirit. However, when he was pressed on whether he truly believed women spoke too much, he said: “I don’t listen to women that much lately, so I don’t know”.

It is thought that Olympic and ruling party officials had initially been opposed to Mori’s resignation, fearing that his political influence was key to making the Games a viable success. However, others have spoken publicly of their wish for him to stand down.

Mizuho Fukushima, head of the opposition Social Democratic Party, said: “This is the result of many, many women raising their voices. Of course, this doesn’t resolve the problem. We need to create a society of gender equality.”