Bernard Tomic will warm up for the Australian Open at Kooyong, eschewing rankings tournaments at home and abroad for the invitational event.

Tomic, still on the outer with Tennis Australia, has decided against the brighter lights of the Sydney International or his home event in Brisbane. 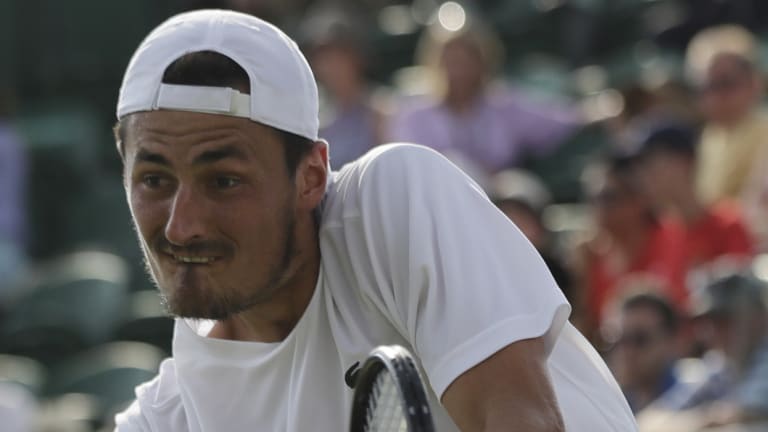 Bernard Tomic is heading back to Kooyong.Credit:AP

"I'm keen to get back to Kooyong for the 2019 Classic. It should be the perfect preparation for the AO," the 26-year-old said in a statement on Monday.

Entry into the traditional Open lead-up event allows Tomic to pick his opponents for one or more practice matches rather than higher-pressure ranked occasions.

And the revamped tournament boasts plenty of talent for Tomic to select from, with world No.5 Juan Martin del Potro, No.6 Kevin Anderson and No.7 Marin Cilic all locked in for next year's event.

Tomic also chose against lead-up tournaments away from the gaze of the Australian public in Auckland, Pune and Doha.

The maligned baseliner might not receive a hero's welcome in Melbourne but can at least count on being in the Open lineup in 2019 after rebuilding his ranking to win direct entry.

Tomic famously missed his home grand slam for the first time in a decade in 2018, falling in the last round of qualifying to first-time major entrant Lorenzo Sonego.

It was then, as he hot-footed his way from the court, that he sarcastically uttered that he was off to "count his millions" in condemned comments.

Tomic dropped off the tour and outside the world's top 200 players, heading instead onto reality television show I'm A Celebrity, Get Me Out Of Here.

The 26-year-old showed tremendous resilience through the back half of the season to re-enter the top 100 and even win two trophies; in Chengdu and the second-tier Mallorca event.

He finished the season with a winning record of 33-16, currently ranked as the world No.83.