Second-year quarterback Joe Burrow had another terrific performance for the Cincinnati Bengals in their 34-11 win over the Detroit Lions, but it wasn’t good enough to crack the top five performances this week.

Burrow completed 19 of 29 passes for 271 yards with three touchdowns in the victory. Rookie wide receiver Ja’Marr Chase hauled in four receptions for 97 yards. The Bengals improved to 4-2 on the season and will travel to Baltimore to take on the Ravens in a huge AFC North showdown. 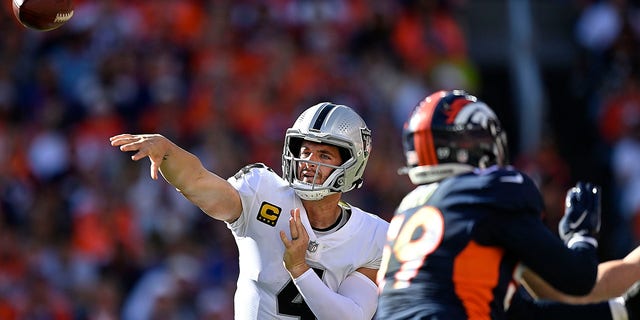 DENVER, COLORADO – OCTOBER 17: Derek Carr #4 of the Las Vegas Raiders throws during the second quarter against the Denver Broncos at Empower Field At Mile High on October 17, 2021 in Denver, Colorado.
(Photo by Dustin Bradford/Getty Images)

Derek Carr rose to the occasion for the Raiders.

In the aftermath of Jon Gruden’s resignation, Las Vegas pulled out a 34-24 victory over the Broncos in Denver on Sunday. Carr completed 18 of 27 passes for 341 yards and two touchdowns in the big win.

The Raiders will host the Eagles next. 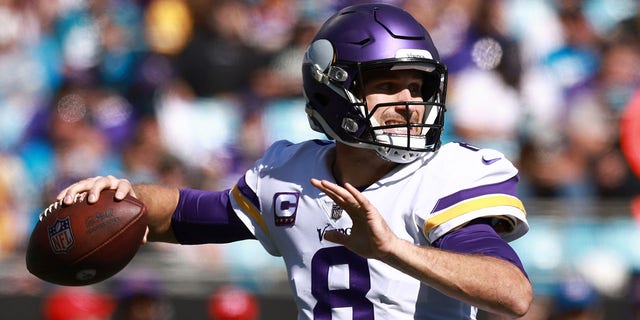 CHARLOTTE, NORTH CAROLINA – OCTOBER 17: Kirk Cousins #8 of the Minnesota Vikings throws the ball during the second quarter against the Carolina Panthers at Bank of America Stadium on October 17, 2021 in Charlotte, North Carolina.
(Photo by Grant Halverson/Getty Images)

Another week, another Vikings overtime victory.

Kirk Cousins completed 33 of 48 passes for 373 yards and three touchdowns in the Vikings’ 34-28 win over the Panthers. The Vikings had 379 yards after halftime and 571 for the game.

The Vikings will host the Cowboys when they return from their bye. 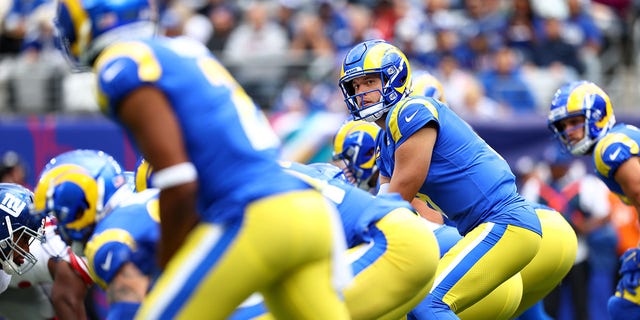 Matthew Stafford #9 of the Los Angeles Rams in action against the New York Giants during a game at MetLife Stadium on October 17, 2021 in East Rutherford, New Jersey.
(Photo by Rich Schultz/Getty Images)

Matthew Stafford and the Rams continued to roll at MetLife Stadium.

The former Georgia product completed 22 of 28 passes for 251 yards and four touchdowns in a dominating 38-11 win over the Giants. Stafford found wide receiver Cooper Kupp on scores of 3 and 13 yards. He also connected with wideout Robert Woods for a 15-yard TD and running back Darrell Henderson on a 25-yard score in a four-touchdown second quarter.

Next up, Stafford will face his former team – the winless Lions. 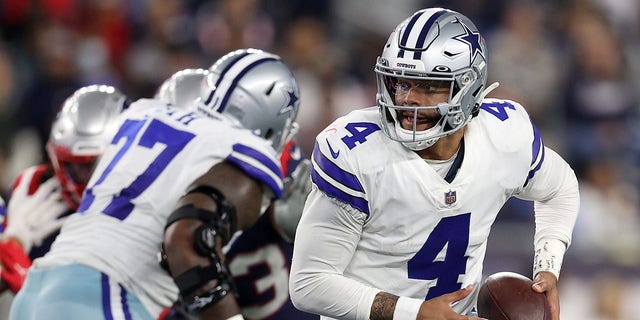 FOXBOROUGH, MASSACHUSETTS – OCTOBER 17: Dak Prescott #4 of the Dallas Cowboys scrambles with the ball in the second half against the New England Patriots at Gillette Stadium on October 17, 2021 in Foxborough, Massachusetts.
(Photo by Maddie Meyer/Getty Images)

Dak Prescott and the Cowboys left New England with a big win.

Prescott completed 36 of 51 passes for 445 yards and three touchdowns in the Cowboys’ 35-29 overtime victory over the Patriots. Prescott connected with wideout CeeDee Lamb for a 35-yard TD in overtime to seal the win. The Cowboys haven’t won at New England since 1987 and they were 0-5 against Bill Belichick.

The Cowboys will square off against the Vikings when they return from their bye week. 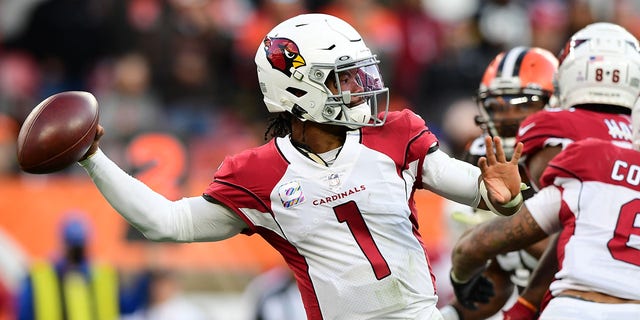 CLEVELAND, OHIO – OCTOBER 17: Kyler Murray #1 of the Arizona Cardinals throws the ball during the fourth quarter against the Cleveland Browns at FirstEnergy Stadium on October 17, 2021 in Cleveland, Ohio.
(Photo by Emilee Chinn/Getty Images)

Kyler Murray is once again at the top.

Murray completed 20 of 30 passes for 220 yards and four touchdowns in the Cardinals’ 37-14 victory over the Browns. Arizona is the NFL’s only unbeaten team and it continued its best start since 1974.

The Cardinals will host the Texans next.