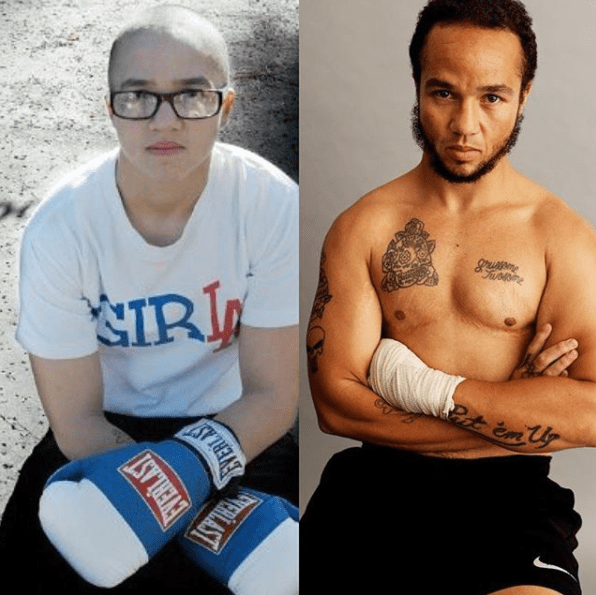 Manuel is the first transgender male to fight professionally in the United States.

He started fighting as a female and boxed in the 2012 Olympic trials for the US but a shoulder injury cut short dreams of making it over to the London Games.

Manuel called out the boo-boys after victory was confirmed.

He said: "I hear some fans aren't happy. It's OK, I'll be back. I'll make them happy then. 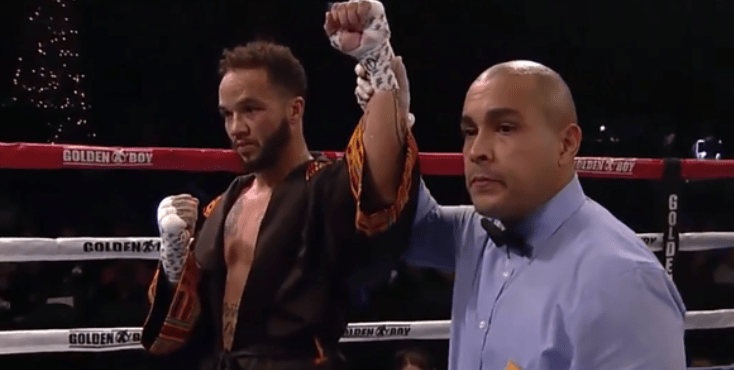 "I think if people knew what it took to get to this moment… it's been almost two years since I've been in a ring.

"I just have to say my opponent, hats off to him. He came to fight. He was fighting me the whole time.

"He fought me as a man, and I have so much respect for him."

Aguilar heard of his opponent's story just two days before the fight in California, US, but had no problem with Manuel's transition.

I’ve been writing these words in my journal every day for the past month: VICTORIOUS . . ? @kingtexas

He said: "For me it's very respectable. It doesn't change anything for me. In the ring he wants to win and I want to win too."

Manuel said victory in the pro ranks was "worth everything" he had been through on a professional and personal level.

He said: "I wouldn't trade any of it. It was worth everything I went through to get to this point. I'm a professional boxer now.

"The best part of tonight? Once I got to the arena and started getting ready, get the adrenaline rushing, step through those ropes, [greet] my opponent – I loved it all.

All the hard work is DONE. Now to recover, watch my weight, and stay sharp to make history on Dec 8th ??????

Nothin fancy, just drilling and just the way I like to work ??

"I would have liked a knockout. I think I was trying to go for that in the second round when I got stupid. Then I just fought.

"Now I'm going to take some time off, enjoy the holidays and then fight at the end of February. That's the goal.

"I definitely want to keep going. It's been so long since I fought. The rust has been shaken off. Now it's time to keep moving."