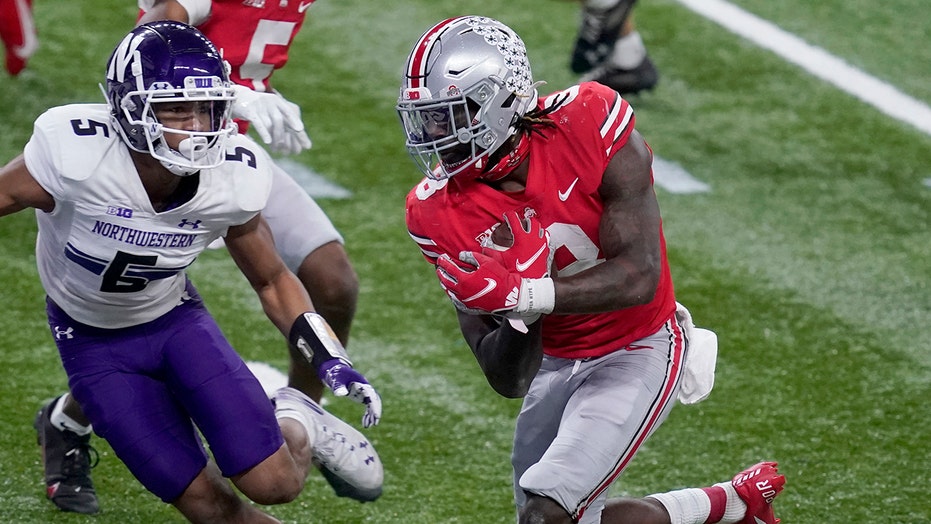 Trey Sermon’s rushing attack propelled Ohio State to a 22-10 victory over Northwestern on Saturday and a Big Ten championship.

Sermon ran for 331 yards on 29 carries and scored two touchdowns in the second half to help shake the Buckeyes out of the funk they were in all game long.

The title game started off pretty ugly for the Buckeyes.

Ohio State’s offense could really get much going. The team was forced to punt twice, threw an interception while driving at the end of the half and kicked two field goals. The defense also allowed 10 points before going into the locker room, giving Northwestern some hope that an upset was brewing.

The second half started out with back-to-back interceptions from both teams and later a handful of missed field goals. Ohio State would finally break through on its third drive of the half with a Sermon rushing touchdown. He would score again with 4:03 remaining in the game.

Northwestern didn’t score in the second half.

Justin Fields, who appeared to be battling a thumb issue, finished with 114 passing yards and two interceptions. He also had 35 yards on the ground.

For Northwestern, quarterback Peyton Ramsey had 224 passing yards and two interceptions himself. The lone touchdown came from a Cam Porter run. Porter finished with 61 yards on the ground.

Ohio State will now await the College Football Playoff committee’s decision as to whether they get into the final four.

GAA round-up: Meath hammer Wicklow; Laois and Down through