But their visions of how to stop future Super League projects and give football a more sustainable future are very different. 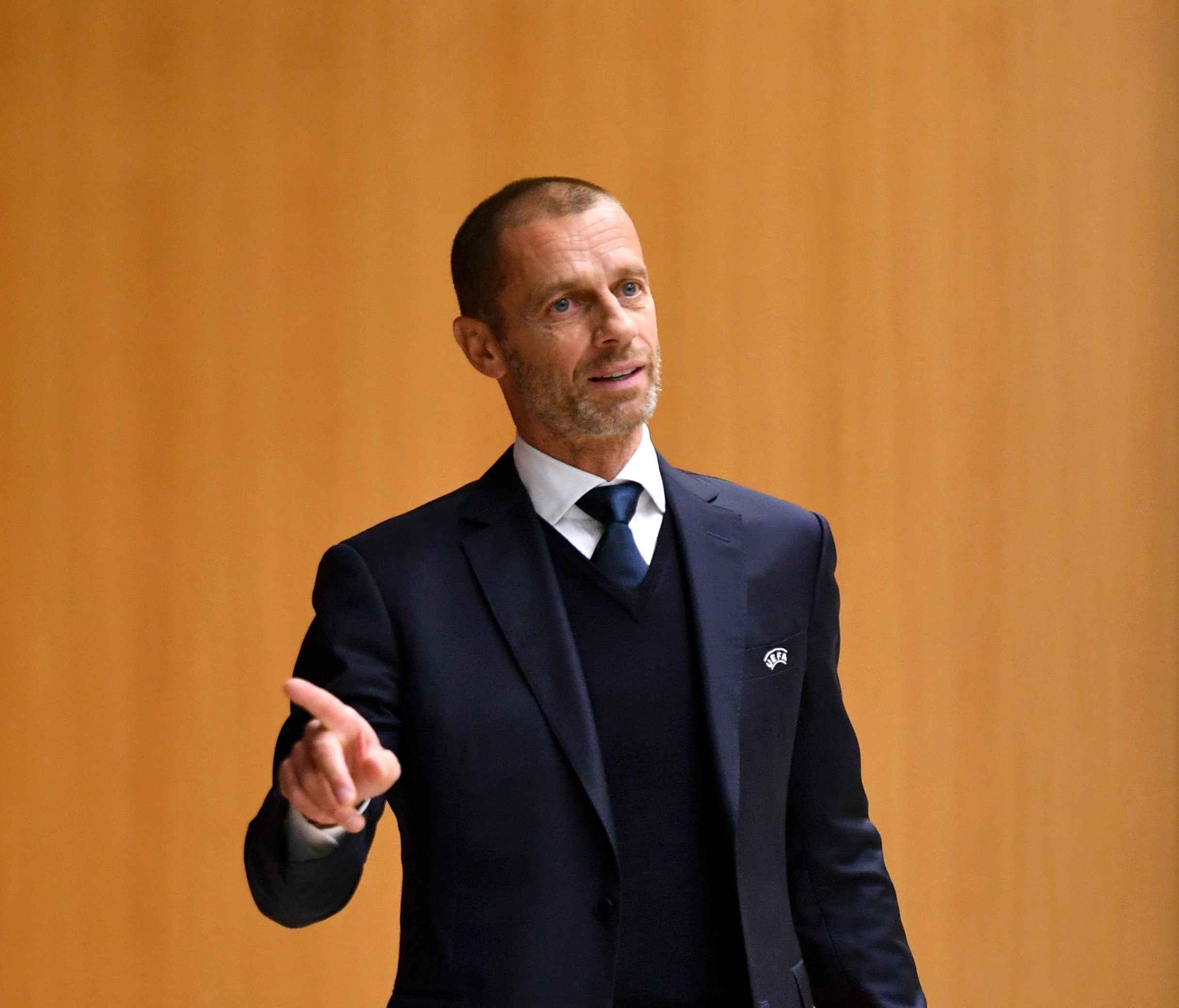 Player-turned-pundit Neville and more than 100,000 fans who signed a parliamentary petition reckon English football needs an independent regulator to defend its traditions and values.

But Ceferin believes the game can and should be left to govern itself – and English football must play its part in devising Europe-wide solutions to long-running problems.

Ceferin, a lawyer by profession, is catching his breath after “a crazy three weeks”.

No sooner had Uefa seen off the ESL than it had to move the Champions League Final from Istanbul for the second year in a row, in order to allow Chelsea and Manchester City fans to attend.

But while he is willing to see both sides of most arguments, Ceferin has strong views on outside regulation being forced on football, in England or anywhere else.

“When there are ideas of an independent body governing football, it’s just a matter of time before the level of independence of those bodies will be questioned.

“The most important thing is that we strengthen the pyramid, that we create the regulations we didn’t have so that projects like that cannot happen again.”Liverpool boss Jurgen Klopp is NOT taking his hat off to Uefa's plans to expand the Champions League 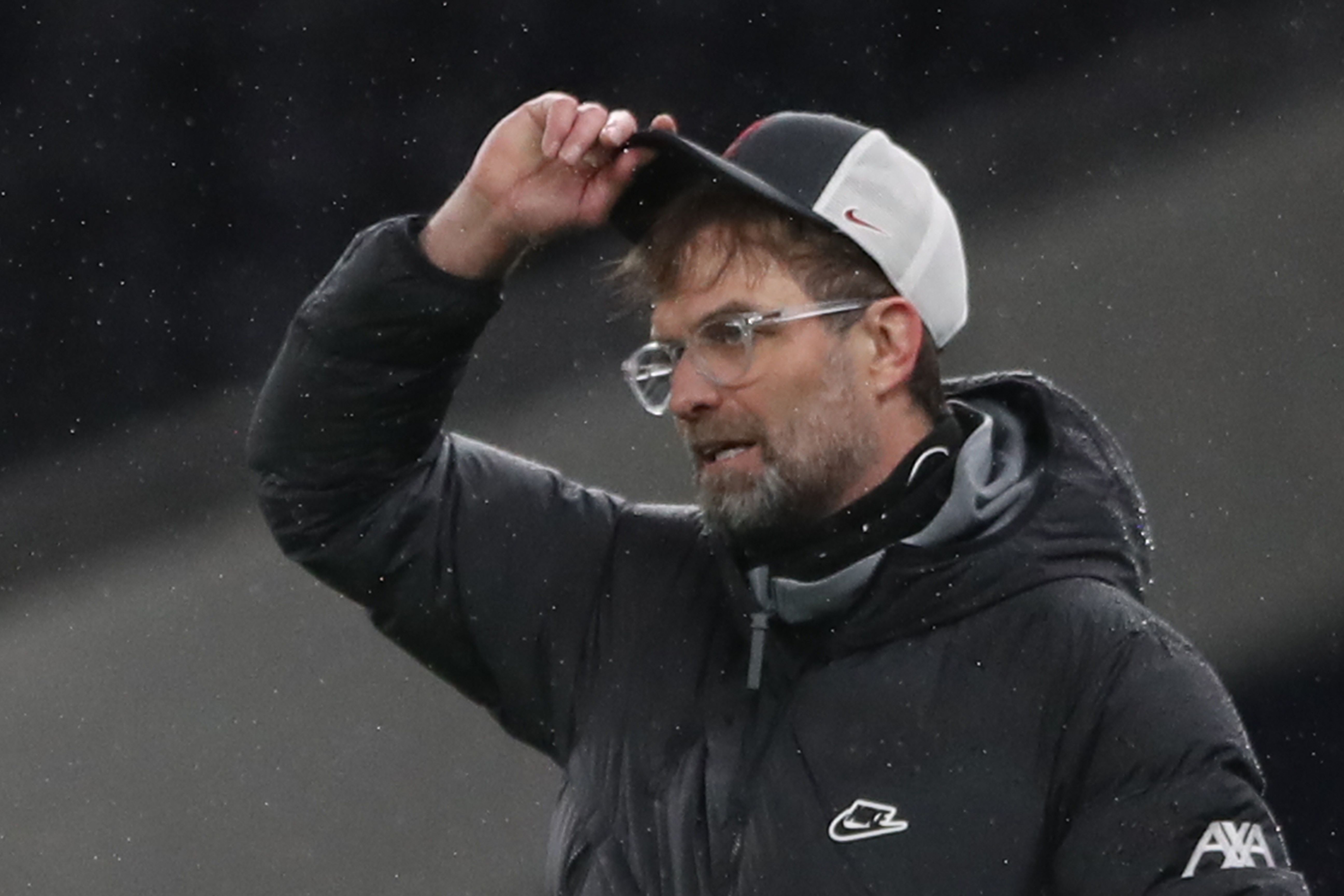 Neville was not alone in calling for severe punishments, including points deductions and competition bans, for England’s Big Six.

Instead, the Premier League clubs, Atletico Madrid, AC Milan and Inter have escaped with modest financial penalties and threats of massive fines if they try it again.

Ceferin said: “I don’t think it’s right to say who, but I spoke with two or three of the owners of the six English clubs.

“They said they completely misjudged the situation, they know it was a big mistake and they know there has to be a sanction because of that.

“I’m sure they will not do it again. They learned their lesson. That’s enough for me. I’m not on a crusade to punish them forever.”

But it will be strange next Saturday to watch Chelsea and Manchester City trying to win a trophy they were prepared to ditch just weeks ago.

Especially after City were only able to reach the final after the Court of Arbitration for Sport overturned a two-year ban for breaking FFP rules.

Ceferin said: “I disagree with their decision and was for sure disappointed.

“But I’ve learned as a trial lawyer in Slovenia that some cases you win that you were sure you would lose, and some you lose that you thought you would win.”

So much for the past, what about the future?

Managers like Liverpool’s Jurgen Klopp, players like City’s Ilkay Gundogan and fans of all clubs are also united in opposition to Uefa’s plans to revamp the Champions League from 2024.

Earlier this month, supporters told Ceferin at a virtual meeting they did not want any more CL games, let alone the 100 extra proposed, because of the impact on the English calendar and competitions like the League Cup..

Ceferin said: “You like traditions very much, but it doesn’t mean you don’t have to modernise from time to time.

“I don’t want to get into how. But I don’t think that all the spirit of English football would be gone if you had one cup less.”

Plans to award CL places on the basis of past European competition performance are also unpopular.

Ceferin says Uefa must explain better why the Swiss-style league format and the new qualification criteria will create a better and fairer Champions League.

He is willing to tweak the proposals, but football authorities in England and elsewhere must also be willing to compromise.

A Chelsea fan famously protested against the ESL with a placard reading: “We want our cold nights in Stoke.”

Which club’s ground in Ceferin’s native Slovenia would be the equivalent of the Bet365 Stadium on a Tuesday night in February?

Ceferin laughed: “Maybe FK Aluminij. They have a small stand that’s not covered. It’s cold up there.”

But Aluminij, like all the clubs in Slovenia’s top flight, receive about £85,000 per year in TV rights revenue, compared to £100m for each Premier League club.

And that’s why, Ceferin says, initiatives like the new third-tier Europa Conference League, regarded as a booby prize by some Premier League managers, are important.

Ceferin said: “It is a serious competition.

“Clubs like Tottenham or Roma could be in it. Top teams will play in the semi finals and final.

“If English clubs play well in the Conference League, they will earn points that could help them play in the Champions League in the future.

“If we want to work on saving the pyramid of football – and football is not about England only – clubs in smaller countries need more international matches.

“They will improve, they will get more sponsors, more money from broadcasting rights, because they can play against a team from the Premier League or La Liga.”

Neville wants an independent regulator to help to re-set the balance between rich and poor in English football.

But Ceferin says everyone must work together for the benefit of the whole European game in the post-pandemic, post-ESL era.

The Uefa president said: “The good that Covid has done is that we are all discussing all the topics.

“You have to work on the whole ecosystem of European football. If we do something, but the Premier League, La Liga and the others don’t, then we don’t achieve much.

“We should calm down now and put things in place for the future which ensure that football becomes even more sustainable.”

Man Utd starlet Dean Henderson not ready to take over from David De Gea as No1, insists John Barnes