Fan favourite Namajunas challenged Magnum for the belt she lost in May 2019 in the early hours of the morning in the co-main event of UFC 261 in Jacksonville, Florida.

And that confidence proved to be well placed as she produced a stunning head kick to flatline Magnum.

Namajunas came out light on her feet and looked to establish her range with a piston like jab.

Zhang returned fire with a few heavy leg kick and aggresively looked to close the distance.

Namajunas, however, remained calm in the eye of the storm and landed a beautiful left question mark kick that felled China's first UFC champion.

Thug Rose didn't waste the opportunity to close the show, unleashing a flurry of hammer fists that prompted referee Keith Peterson to call a halt to proceedings. 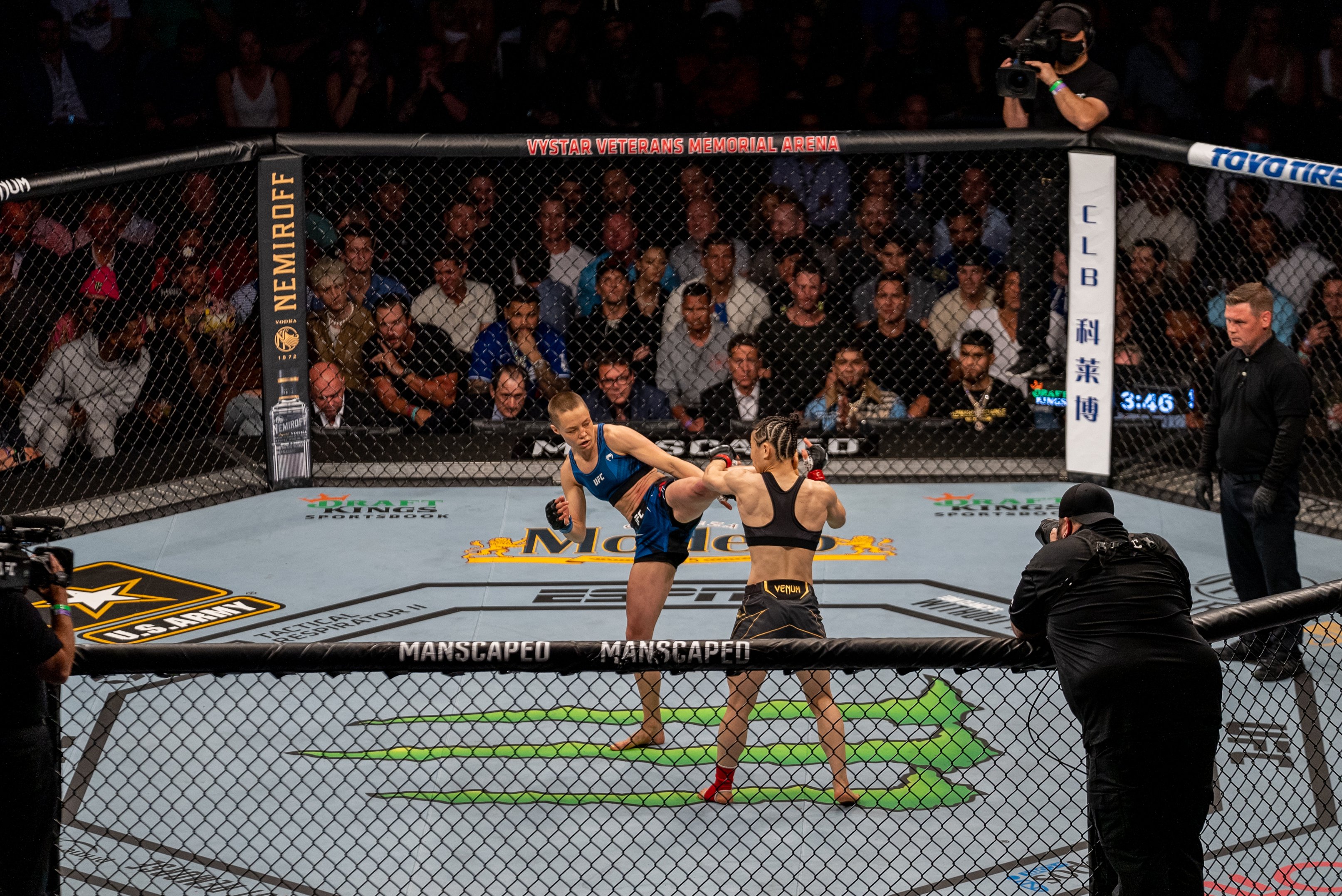 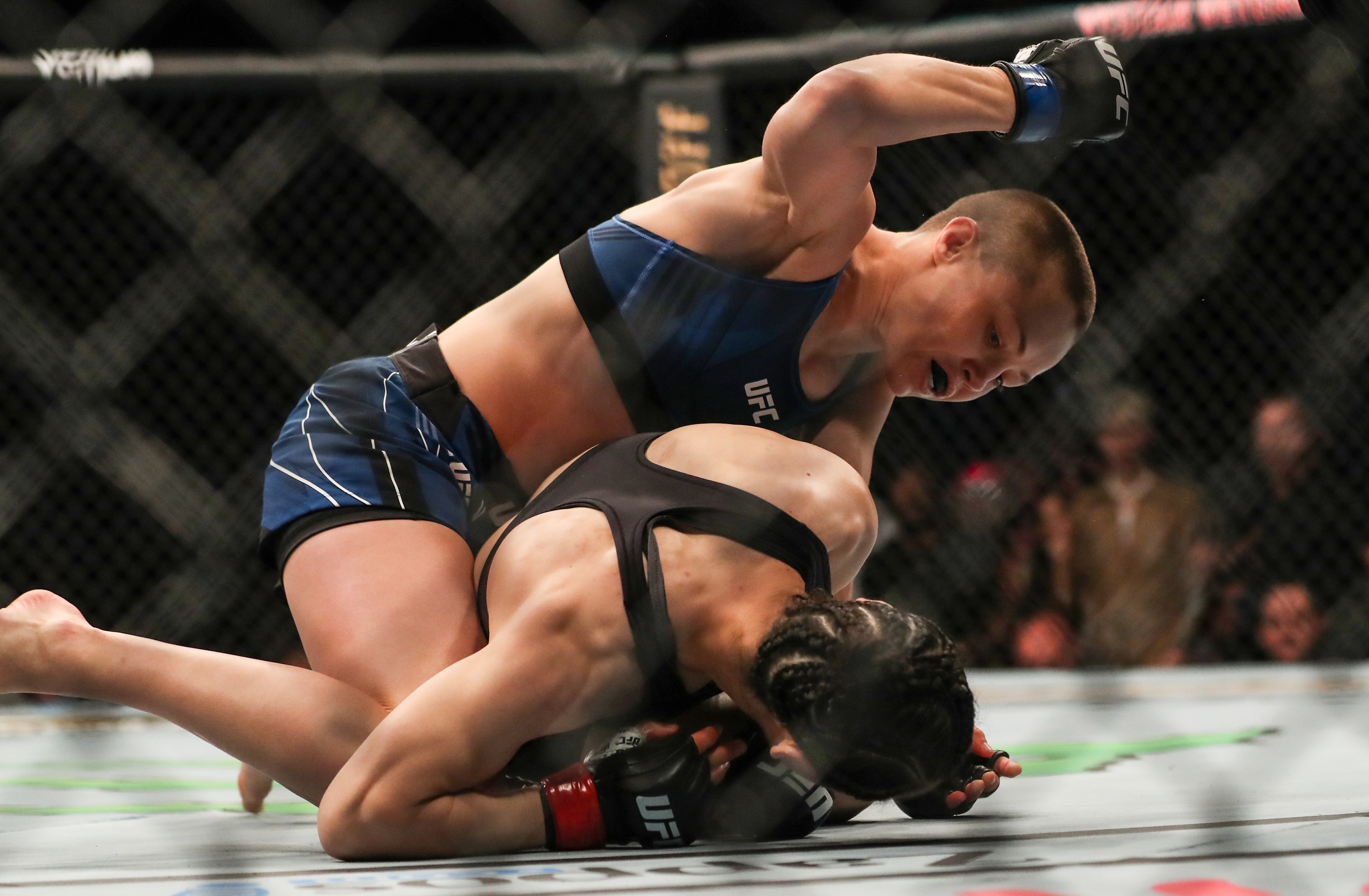 A furious Zhang protested the stoppage, but she was clearly out and unable to protect herself.

In her post-fight interview, Namajunas told UFC commentator Joe Rogan: "I did it again."

She then apologised for her politically-charged comments in the build-up to her clash with Magnum.

She said: "All that stuff in media, it was never my intention to attack her as a person. I

"t’s my history, my past. That’s it. I love all cultures all over the world.

She said of Zhang: "She’s a true martial artist.

"She does every discipline and is very unique but, at the same time, she’s kind of a hybrid of a lot of the fighters I’ve fought in the past.

“Some of her coaches say that she looks at her opponents and uses their strength to either best them or implement it into her own game.

"I feel as though I do the same thing, so it’s very intriguing to me because I’ve never fought anyone like that before.

"I feel like I do that better than anybody, so it’s going to be really exciting.”