DANA WHITE has hit out at referee Chris Tognoni for his epic blunder in Ed Herman's controversial win over Mike Rodriguez.

The pair locked horns in a light heavyweight bout on the UFC Vegas 10 card on Saturday where Shortfuse ultimately scored a third-round submission. 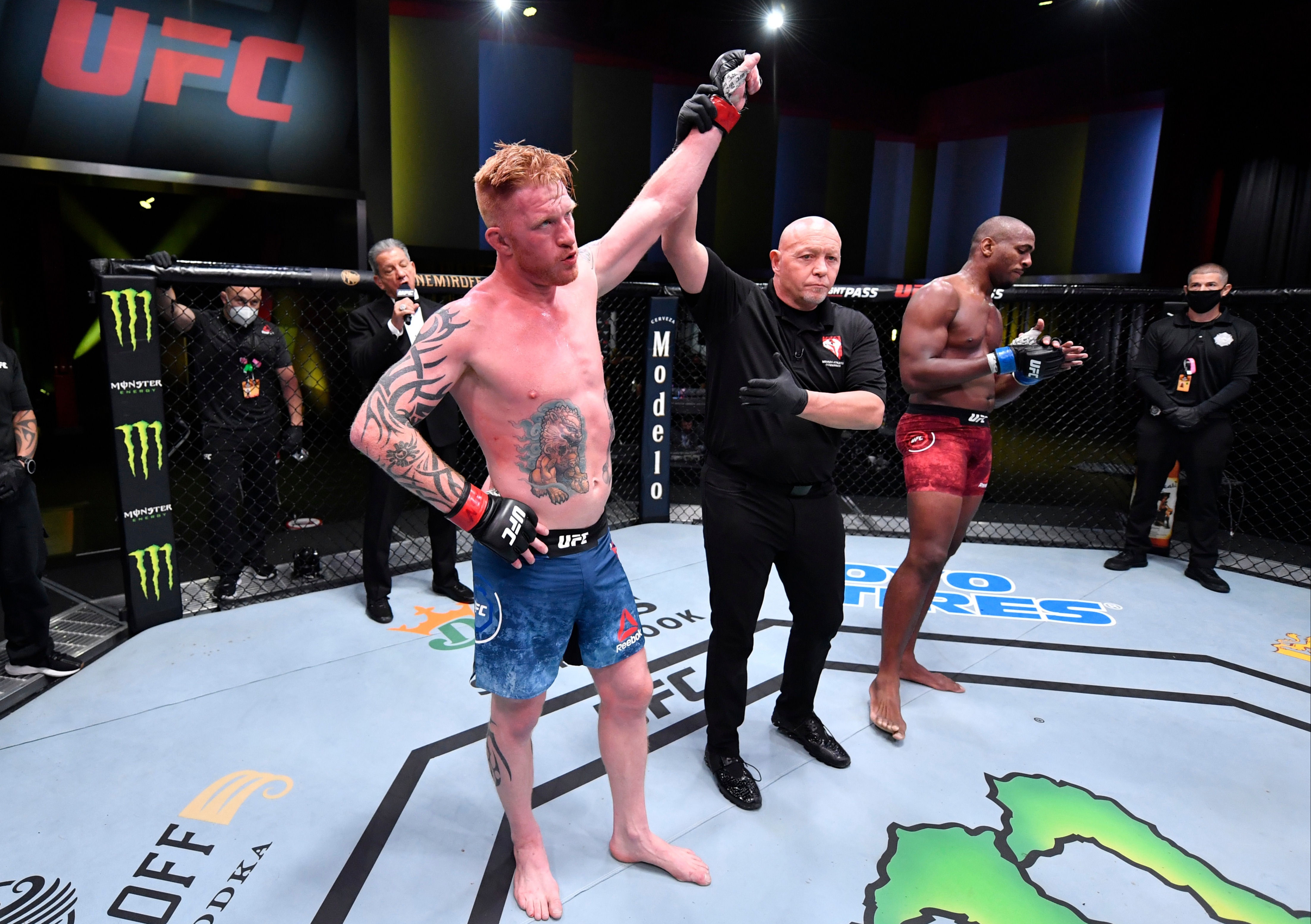 Yet Herman's win was shrouded in controversy after a costly blunder by ref Tognoni in the round before.

The 39-year-old had appeared to have been dropped by a groin shot and was given a five-minute time-out to compose himself.

Yet replays showed that Rodriguez had hit Herman flush in the abdomen and was stopped from getting the finish by the referee.

Instead of a TKO win for Slo Mike, Shortfuse bounced back from his time-out to record the victory after locking in a kimura submission and forcing him to tap.

And speaking at the post-fight press conference, UFC chief White failed to hide his anger and compared Tognoni to infamous referee Steve Mazzagatti.

He said: “It’s hard not to bang on this guy – the worst I’ve ever seen.

“That kid wins by knockout, technical knockout and loses the fight. One of the worst things I’ve ever seen. Disgusting.

“I’m telling you, nobody has ever f****d up more than Mazzagatti, and that was a Mazzagatti moment right there for that guy.

“It was one of the worst things I’ve ever seen. It was over. The fight was finished.

“That’s like him being knocked out and f**king lets give him time to wake up and he can fight again. Literally what it was like. Then as soon as he stood up, the whole side of his body was as red as red could be.”

Chelsea in 'advanced talks' to sign Thiago Silva, 35, on free transfer as PSG legend prepares for final game vs Bayern