UFC has been left in crisis after the sport's chief Dana White fist-bumped Covid-19 victim Ronaldo 'Jacare' Souza – and then greeted all his other fighters the same way, potentially passing on the virus.

Meanwhile, boxing legend Oscar De La Hoya has opened up a war of words with White after labelling the UFC fixer "a little b****". 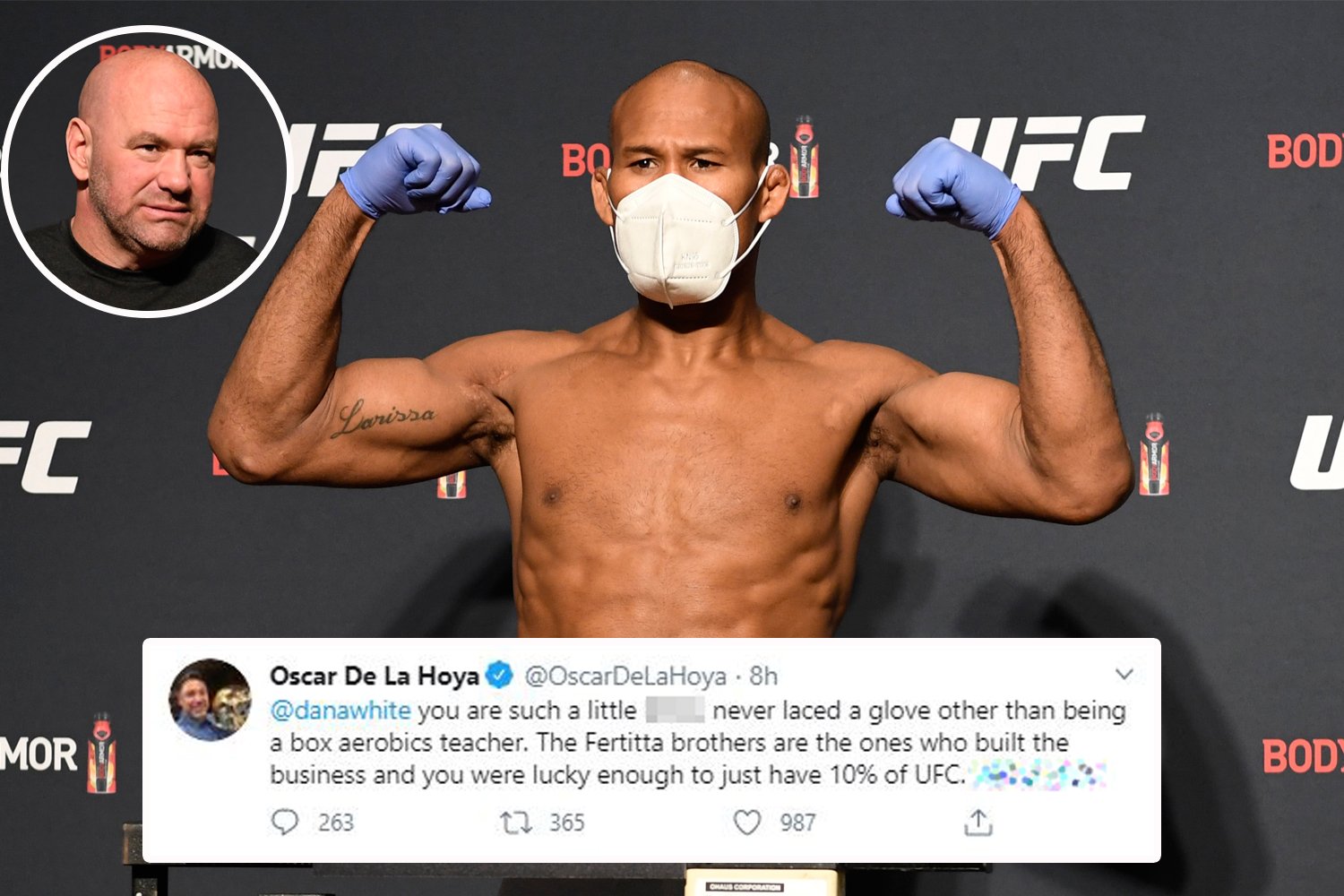 UFC 249 – due to take place in the early hours of tomorrow morning in Florida – was thrown into disarray when Ronaldo Souza tested positive for Covid-19.

The Brazilian's scheduled bout with Uriah Hall was cancelled.

But White's antics at the weigh-in on Friday has given serious concerns of a mass outbreak.

Tom Brady gets candid about not being NFL’s highest-paid quarterback: ‘My wife makes a lot of money’