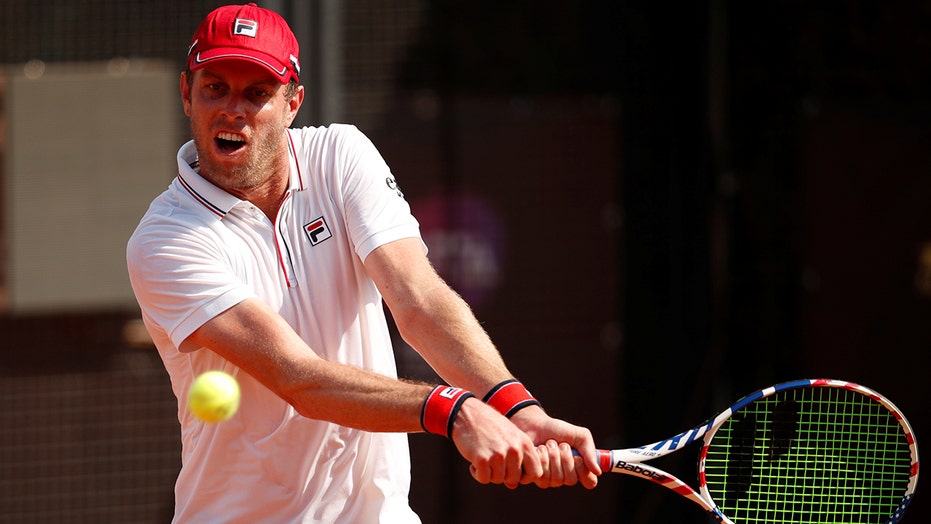 American tennis player Sam Querrey has reportedly fled Russia on a private jet after he and his family tested positive for COVID-19 earlier this week and is now believed to be staying at an unknown location somewhere in Europe.

Organizers of the St. Petersburg Open issued a statement Thursday confirming that Querrey was disqualified from the tournament on Oct. 11 after he and his wife tested positive — four days after their initial arrival where they had previously tested negative.

“(The Russian federal service) recommended that the tournament organizing committee, in addition to isolating the player, make a medical report on the state of health of Sam Querrey and his family members,” the statement explained. “The tournament has arranged for a visit to be made by a doctor and a pediatrician form the private clinic Sogaz who made a two attempts to examine Querry, to no avail, as the sportsman never opened the door.”

The statement went on to say that Querrey declined to allow medical officials in his room at the Four Seasons on Oct. 12 because he said his 8-month-old was asleep and then again on Oct. 13.

Russian officials then recommended to the tournament organizers that Querrey and his family should be moved from their hotel to “private apartments for self-isolation” but on Oct. 13 Querrey was captured on hotel security footage leaving with his family at around 5:45 a.m.

Querrey, who is ranked No. 40 on the tour, reportedly informed the ATP that he left the country on a private jet.

“The tournament organizing committee has done it all to ensure the safety of the players, the ATP representatives and all the services of the tournament,” the statement continued. “It is the power of the ATP to evaluate and assess the actions of the player Sam Querrey.”

The ATP said it was investigating an incident at the tournament, but did not name Querrey.

"The ATP is aware of an incident regarding a player’s serious breach of protocol relating to COVID-19 at this week’s St. Petersburg Open," the tour said.

“Adhering to health and safety protocols is critical to ensure events take place safely and within the guidelines established by local authorities. Players and their support team members are reminded that breaches of protocol can jeopardize an event’s ability to operate and have repercussions on the rest of the Tour. In accordance with ATP’s Code of Conduct, we are taking this matter extremely seriously and an investigation is underway."

CLICK HERE TO GET MORE SPORTS COVERAGE ON FOXBUSINESS.COM

It is not immediately know where Querrey went, but journalist Ben Rothenberg reported that he traveled to a “nearby European country” which does not require a negative test upon entry. He added that the family is staying at an AirBnb.